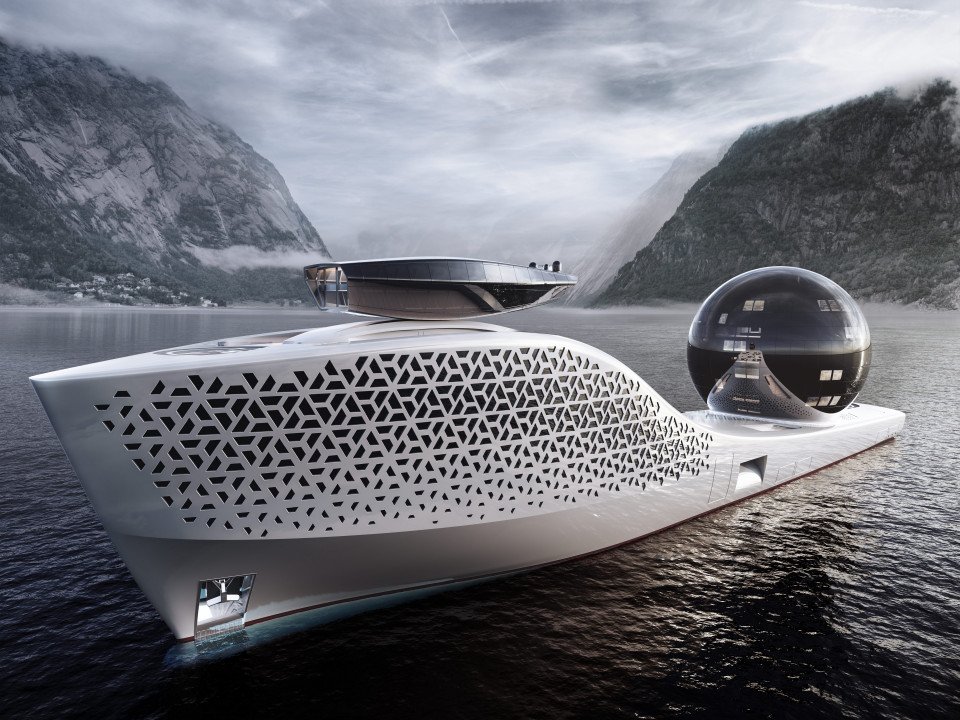 The Earth 300 specification is like nothing that has ever come before. Building on a platform first popularized by REV and OceanXplorer, Earth 300 will involve not only scientists but also world leaders and decision-makers in their research missions to inspire the people who are capable of real Make changes. “We’re going to make science sexy,” Ivan Salas Jefferson, founder of Iddes Yachts, told Superyachts.com. “We will spread the word and do marine protection where no one has been before.” When you add these state-of-the-art AI and robotic systems, a variety of submersible and semi-submersible boats, and a nuclear propulsion system, you get a more sustainable and modern ship than any other ever designed.

But it’s not just the sheer size of the project that makes Earth 300 so remarkable, although at 300 meters it would easily become the largest superyacht ever built. It is the network of the project itself that brings together an international range of employees and experts who are all united by a common vision. So where did it all start?

Ivan Jefferson first met Aaron Olivera, CEO of Earth 300, in a small village in northern Sweden. The two immediately clicked on a shared vision – “To unite science and exploration to face and solve the greatest challenges facing the earth”.

Such an ambitious goal, of course, required something remarkable. Aaron had a clear mission for the team – he wanted a ship that looked completely alien, a sleek design with a geodesic dome at the stern.

“The ship will feature features found on cruise, expedition, research and luxury yachts, but it won’t be any of them,” said Aaron Olivera in a statement.

As a goal of sustainability, the subject of propulsion should be of the utmost importance. After some deliberation, the team decided that the only suitable propulsion system to power a ship of this size would be nuclear, and so Core-Power joined the mission. Core-Power is a leader in the development and integration of molten salt reactors in the marine industry and will facilitate the Earth 300’s journey to become the first ship to be equipped with this next generation propulsion system.

The Polish naval architecture firm NED has worked with Iddes Yachts to refine the exceptional design of the Earth 300. NED’s expertise in implementing cutting-edge green technology in exploration and Arctic units, as well as the insights from EYOS Expeditions, will prove critical to Earth 300’s far-reaching autonomy and exploration capabilities.

Global technology leader IBM has also joined the partnership, offering Earth 300 high-performance computing with the potential to add to the ship’s most advanced systems.

A concept of this magnitude with a truly futuristic design and mission would usually stay just that. One concept. However, Earth 300 is well on its way to getting RINA approval in principle, which confirms that the design and construction are feasible for construction.

After that, it will take seven years before the MSR technology is expected to be available and operational on this scale. Like climate change, the Earth 300 team won’t wait. Iddes Yachts is actively exploring alternative propulsion systems, with an MSR reactor being retrofitted when this becomes a reality.

Earth 300 is on a journey to shake up the superyacht world. There’s more to come …