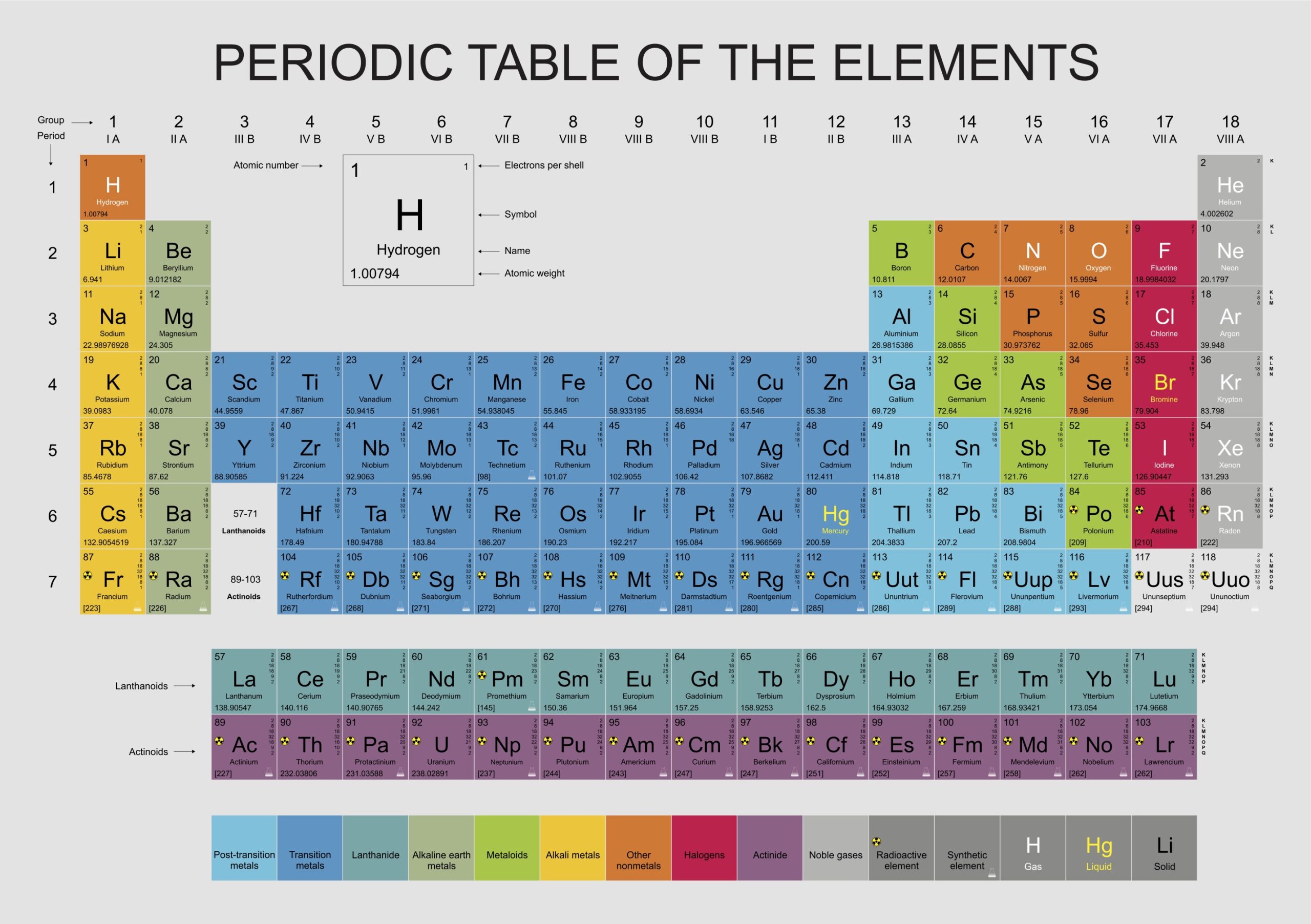 5 Elements Named After The Scientists Who Found Them

Currently, there are 118 elements on the periodic table. If a new element is discovered, naming it involves several factors. Elements can be named after how they were obtained, their attributes, the compound they were isolated from and places they were discovered. However, they can also be named after the people who found them. Fifteen elements have been named after scientists — here are five of them.

Curium is named after Marie Curie and her husband Pierre — both pioneering scientists in the field of radioactivity. A radioactive metal not found in nature, curium is produced by the neutron bombardment of plutonium in a nuclear reactor.

First declassified in 1944 by scientists at the wartime metallurgical laboratory at the University of Chicago, curium has isotopes that produce heat energy which is convertible to electrical energy. It was used for satellite and pacemaker batteries — but was eventually replaced with lithium batteries. Along with americium, the discovery of curium was related to the top-secret Manhattan Project, so no announcement was made until WWII ended.

Scientists were studying the debris from the first hydrogen bomb test in 1952 at Bikini Atoll when they discovered fermium. It was named after physicist Enrico Fermi, who created the world’s first nuclear reactor and produced the world’s first self-sustaining, controlled nuclear chain reaction.

His work led to the atomic age and the creation of nuclear weapons. In addition to fermium, many other scientifically related things are named after Fermi. These include a particle accelerator and several nuclear reactors/power plants. The United States Atomic Energy Commission’s highest honor is the Fermi Award. Past recipients include Robert Oppenheimer and Edward Teller.

Known as a transition metal, meitnerium was named after scientist Lise Meitner who played a pivotal role in understanding and explaining nuclear fission/splitting of the atom. She realized the enormous amount of energy the process could produce and foresaw the future potential.

Despite 48 Nobel Prize nominations (in chemistry and physics), Meitner was denied the award — and instead, it was given solely to her colleague, Otto Hahn. Even though it was Meitner, not Hahn, who could explain their research findings, he omitted her name from the paper when it was published. He never publicly acknowledged her significant contribution and neither has the Nobel committee.

Nobelium (named in honor of Alfred Nobel) has a somewhat controversial history. A team at the Nobel Institute of Physics in Sweden first created an isotype of this element in 1957 — which they claimed had a half-life of 10 minutes. But subsequent experiments by other researchers could not reproduce the exact isotope. A radiation lab produced a similar isotope in Berkeley, which was then replicated at a nuclear research institute in Russia. Those scientists initially named it after chemist Frédéric Joliot-Curie.

Although Swedish researchers later had to retract their report of a 10-minute half-life, in 1992, the International Union of Pure and Applied Chemistry officially bestowed the name nobelium since it had been used in the literature for decades.

Yuri Oganessian is a Russian nuclear physicist regarded as the world’s leading researcher in the field of superheavy chemical elements. In his 60+ years of research, he was involved in synthesizing elements 107 to 118. Its position on the periodic table places oganesson in the group of noble gasses, although it’s not believed to be either a gas or noble (meaning unreactive).

The heaviest element ever created, it has an incredibly short half-life of less than a millisecond, making it impossible to examine using chemical methods. instead, scientists have used calculations to try to determine oganesson’s properties. They found that its electrons are distributed evenly and not confined to distinct orbitals. The calculations also predicted that the element was actually a solid.