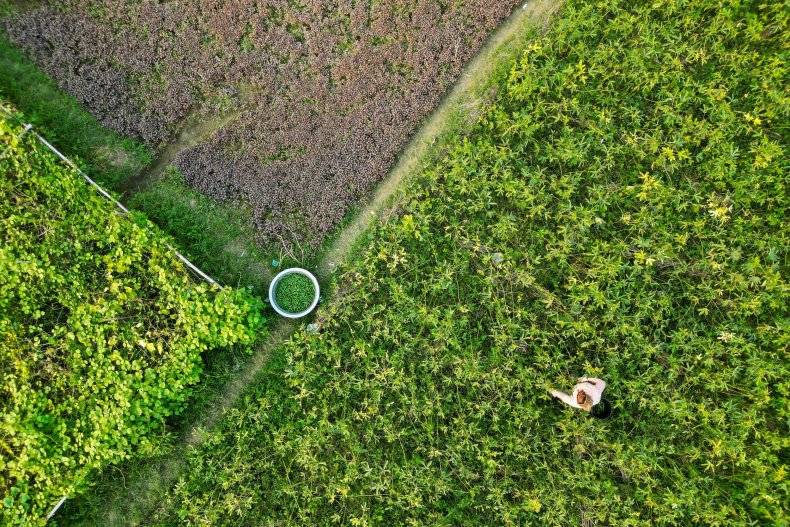 A Focus on Climate Challenges in Bangladesh

Bangladesh is ranked seventh among the most climate vulnerable countries in the world, but its contribution to global warming is negligible. It contributes less than half of 1 percent of all greenhouse gas emissions.

The average sea level rise along the coast of Bangladesh has been 3.8-to-5.8 millimeters a year over the last 30 years, according to a recent study. And that continues. In fact, without changes to global behavior, Bangladesh would see annual economic costs due to global warming equal to 2 percent of its Gross Domestic Product by 2050, widening to 9.4 percent by 2100. The people most impacted would be the poorest Bangladeshis.

To be precise, a one degree rise in average world temperature would increase sea levels by about a meter, which would flood a fifth of Bangladesh. If that happens, 30 million people in Bangladesh would be forced to flee their homes. Bangladesh is likely to have more than half of South Asia’s “climate migrants” by 2050 if warming trends continue, according to the World Bank.

But the Bangladesh government is steadily improving its climate resilience. It has added to its constitution a requirement to protect the environment and natural resources. To that end, it will soon adopt a series of climate mitigation programs including the 20-year Mujib Climate Prosperity Plan and the Delta Plan 2100. The Bangladesh Climate Change Strategy and Action Plan, which is already underway, is focused on adaptation and on mitigation . An updated plan will add natural-resource management and urban development.

In the meantime, Bangladesh has made astounding economic progress. Its Gross Domestic Product per capita has increased eightfold since 1990. It recently surpassed India in GDP per capita. And for most of the last decade, it eclipsed Pakistan’s economy, too. Bangladesh’s exports rose to a record of $52.1 billion in fiscal year 2022. HSBC Bank has predicted that Bangladesh would be the world’s 26th largest economy by 2030 due in large part to its average annual GDP growth of 6 percent during the last twenty years.

Strong economic growth has provided the government with the wherewithal to combat climate change. The Bangladesh Climate Change Trust Fund, established more than a decade ago, has spent $480 million on 800 research, mitigation, and adaptation projects. Over the last seven years, the government’s climate related spending has doubled from $1.44 billion to $2.96 billion in fiscal 2022.

Bangladesh is committed to developing a low-carbon economy. It has renewable energy projects underground that will produce 911.8 megawatts of electricity and combined-cycle gas-based power plants that will produce 3,208 megawatts of power. It has helped install 6 million solar home systems and more than 4.5 million environmentally friendly stoves. Prime Minister Sheikh Hasina canceled 10 coal-based power plants worth $12 billion of foreign investment.

This aerial photo shows a woman harvesting okra in a field on the outskirts of Dhaka in Karanigonj on Oct. 29, 2022.
MUNIR UZ ZAMAN/AFP via Getty Images

To guard against rising sea levels, Bangladeshi islanders are planting oysters and curating oyster-encrusted reefs. This reduces coastal erosion by calming ocean waves before they reach shore. To increase oxygen creation and prevent damage caused by severe weather, mangroves have been replanted in large numbers. The mangroves’ roots, trunks, and leaves obstruct the flow of water, reducing water flow speeds by 29 percent to 92 percent.

To accelerate reforestation, the government introduced the Social Afforestation Program, which encourages people to plant and raise trees. As a result, Bangladesh has tripled its forest coverage, from 7 percent in 2005 to 22.5 percent in 2021.

In addition, Bangladesh has turned to nuclear power. It started construction of its first nuclear power reactor in November 2017. The unit is scheduled to be commissioned next year. Construction on a second reactor started in July 2018.

Other countries have noticed Bangladesh’s initiatives. Aditya Pillai of the New Delhi-based Center for Policy Research said, “Bangladesh has incrementally improved its capacity to adapt to climate change over the last fifteen years. Along the way, it’s developed a model that holds lessons for South Asian peers.”

Climate change has not spared Bangladesh, but the government has taken the lead in pushing back against its worst impacts.

Muhammad Hasan Mahmud, Bangladesh’s minister of information, is a former state minister of foreign affairs and of environmental affairs.

The views expressed in this article are the writer’s own.