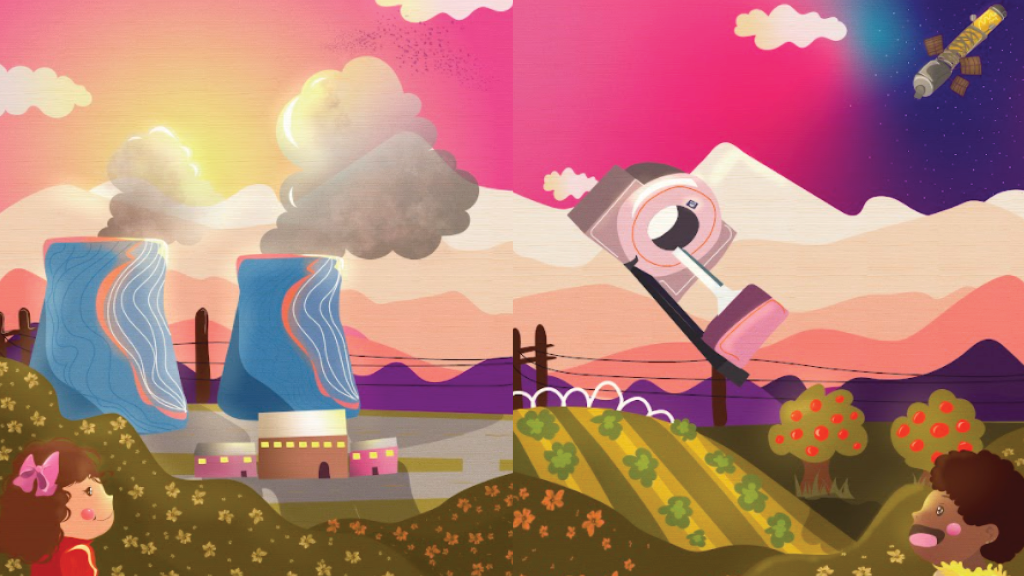 nclear power: a concept often associated with the Cold War – particularly the arms race – between the United States and the Soviet Union in the 1950s; an event that led to the development of 65,000 nuclear weapons. Even with stories of nuclear meltdowns in countries like Ukraine and Japan, many people are tired of the idea when brought up in relation to the United States

In the 1950s, many advances in nuclear power focused on developing safety precautions in reactors – primarily with the intent to anticipate and prevent accidents before they occur. Tom Wellock, historian for the U.S. Nuclear Regulatory Commission (NRC), has a good understanding of how security was viewed in the 1950s and how it has evolved and expanded over the decades.

“In the 1950s, the history of dealing with reactors began with production reactors that produced and gave plutonium [engineers] the basis for the approach to security, ”Wellock said. “They took a hardware approach to anticipate what could go wrong.”

In the course of the 60s and 70s, more and more emphasis was placed on avoiding unprecedented accidents that could not be determined with hardware alone. The technology was unable to handle unplanned events and accident management. Running a power plant requires a human element, so the training had to be just as advanced as the technology.

“The simple focus on hardware had to be complemented by people and training. Seeing them as an integral part of the pursuit of safety was a more sophisticated approach, ”explained Wellock.

“The simple focus on hardware had to be complemented by people and training.”

After the human element of accident prevention was resolved, there was more talk in the 1980s about building nuclear power plants and reactors with advanced technologies like Defense in Depth. This mechanical approach was developed to prevent accidents that could cause radiation and other hazardous substances to be released. Nuclear reactors built and operated using these new methods anticipated and prevented some of the greatest problems of nuclear power, such as excursions and radiation losses.

As potential problems continued to emerge over time, nuclear prevention technologies also needed to advance. For example, the industry invested heavily in “light water reactors” which essentially use water as the cooling method for the reactors. The idea was simple and seemingly effective, but many people still had concerns about the efficiency of this new technology.

“The nuclear navy was focused on the water reactors, so people turned to them,” Wellock said. “However, some people have criticized it as a ‘wrong turn in technology’ for years – [the idea was too simple] and reactors with higher pressure might have been better in retrospect. “

While water cooling technologies may have been a controversial avenue, it paved the way for today’s nuclear technology. There are currently many ideas based on improvements in various technologies, such as the light water reactors that have been around for a long time.

In addition to improving safety, nuclear energy has also made significant gains in terms of sustainability. For example, engineers and experts are constantly thinking about new ways to mine and produce uranium and thus reduce its impact on the environment.

As an alternative to fossil fuels, which make up 84 percent of the world’s energy needs, nuclear power has the potential to have positive environmental effects and possibly even help prevent climate change. However, there is often controversy when it comes to cost and efficiency.

Eric Hittinger is Professor of Public Policy at RIT, where he teaches courses on decision analysis and climate change. With a background in energy and electrical systems, Hittinger can also provide some insight into the practicality of nuclear power compared to other types such as wind and solar power.

“Atomic energy is the largest source of carbon-free electricity, but it’s not growing. [whereas] Wind and sun are small, but grow very quickly. They are driven by government support and the economy, so costs go down, ”explained Hittinger.

So while nuclear power is ideally the best way to reduce CO2 emissions, the cost of making the switch is an important issue. For one thing, building high-quality power plants is an expensive undertaking in and of itself, and considering the staff and uranium costs, there is really no “fixed price” for this type of project.

The main challenge is to overcome the uncertainty capital, as nuclear reactors do not have a fixed cost. According to Hittinger, the most common question that prospective power plant managers ask themselves when thinking about building new power plants is: “How much would I have to charge for this power plant just to break even?”

“We cannot build a power plant in the West at a reasonable cost,” said Hittinger. “We want cheap, clean electricity.”

“We cannot build a power plant in the West at a reasonable cost. We want cheap, clean electricity. “

Despite the fact that nuclear energy is more expensive and there is a lot of uncertainty, there are still many proposals for new nuclear technologies, such as small modular reactors. These would be built in factories rather than on site, resulting in lower costs and higher quality. Although these reactors do not yet exist and are in various stages of development and approval, it shows that the field still has a potential future.

Throughout history, nuclear power has made many advances in terms of safety and sustainability, making it an ideal source of energy even today. While the cost is high and the technology is still questionable, the idea of ​​a nuclear future is not entirely impossible. With constant and innovative advancements, there is still potential for nuclear power to supply the world!

Time for FERC to be fuel neutral again – Utility Dive