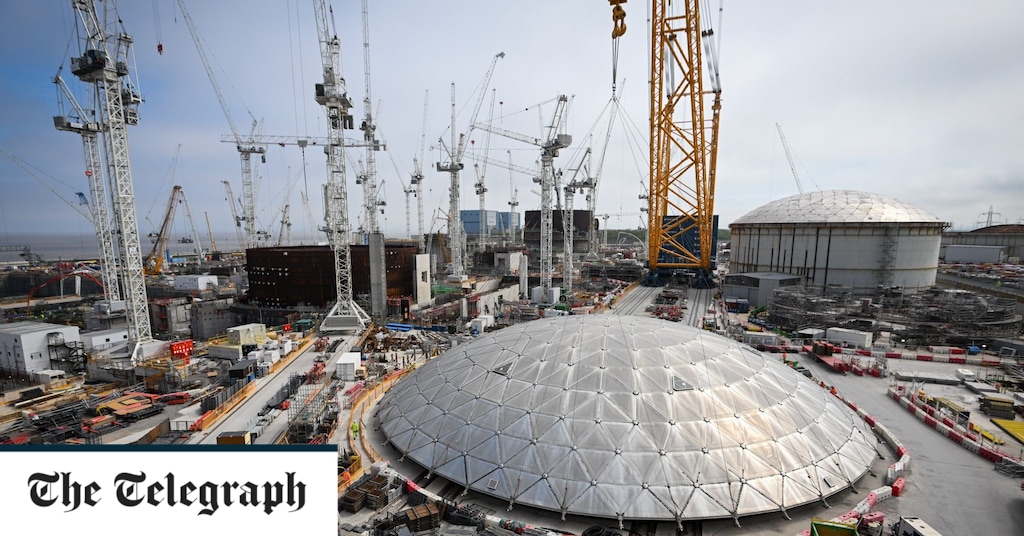 After decades of neglect, Britain scrambles to keep the lights on this winter

That is because Hinkley Point B is expected to close this August, while Hartlepool and Heysham 1 are on course to follow suit in 2024. If Hinkley Point C comes online as scheduled in 2027, it will add about 3.3 gigawatts of capacity.

To get extensions for the existing plants, EDF would need to meet strict safety criteria set by the independent Office for Nuclear Regulation (ONR).

All three use Advanced Gas-cooled Reactors (AGRs), which have cores made up of more than 3,000 blocks of graphite. These can develop hairline cracks over time and, while it does not make the reactor unsafe, operators must be able to demonstrate this by showing control rod channels can still be used.

Following talks with the ONR, EDF recently ruled out keeping Hinkley Point B open, saying it would have taken too long to put the safety case together and that time had “run out”.

However, it is understood the company remains in talks with the regulator and ministers about possibly extending the lifetimes of both Hartlepool and Heysham 1. Combined, the two plants can generate about 2.3 gigawatts of electricity.

It would give the electricity system a vital capacity boost over several coming winters when supplies are expected to become uncomfortably tight, says Kathryn Porter.

Last winter the “margin” of spare electricity at peak times was just 3.9 gigawatts. Porter fears it could be even smaller next time.

The squeeze is being exacerbated by the surge in gas prices caused by the war in Ukraine, as well as the Government’s “net zero” climate commitments, which require the remaining coal-fired power plants to be switched off in 2024.

Meanwhile, if Britain suffers another year of low winds causing wind farm output to plummet, there is “an increased risk of blackouts and rationing of industrial consumption,” she adds.

Porter argues that the drop in nuclear capacity comes from avoidable blunders by successive governments, who have taken a lackadaisical approach to energy security.

Under Labour, there was a moratorium on new plants, while hostility towards public financing for projects continued under both David Cameron and Theresa May. This meant private companies had to accept 100pc of the risks for construction – a leap few were willing to take.

As a result, the last nuke to join the electricity grid was Sizewell B in 1995. Hinkley Point C, which is over budget with a cost of up to £26bn, is the only power station to have been agreed since, in 2013.

Under Johnson’s administration, nuclear companies will receive taxpayer support, with the costs being spread across consumer energy bills.

Let’s not ignore the resilience of nuclear energy industry