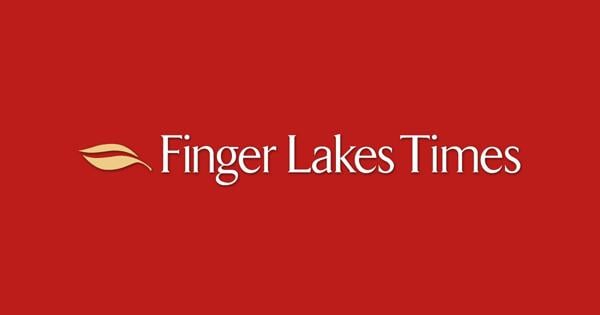 Please don’t waste your energy on me my friend

Cause we still got a long way to go

but right now just go away

‘Cause I still got a long way to go

It means that more energy was created at the output than was at the input to the little Liver(more) pill. This wasn’t Carter’s Little Liver Pill (a little humor for seniors out there). It was very special in that it was a perfectly smooth and spherical shaped ball smaller than a pill, made of deuterium and tritium, a gold and diamond shell, hit with 192 lasers simultaneously using 2 megajoules unleashing x-ray energy for a period of a billionth of a second that produced 3 megajoules of heat energy (see Marv Adams Fusion Explanation). Yielding a Q of 1.5, it was the first over a Q of 1 ever.

This is no small matter. Well, yes it was (another pun) very small, in fact the little ball disappeared releasing more energy than was spent through the lasers. An historical act indeed. But as my good friend, M, says, there is always a dark cloud behind that silver lining.

This experiment’s success was predicted on the concentrated applied laser energy to the deuterium tritium thimble, rather than the actual total energy needed to feed the lasers, which was 150 times that of the direct output of the lasers. That is the 300 megajoules of energy needed to make the actual 2 megajoules at the laser. And to quote Hamlet: “There’s the rub.” This experiment is actually a prelude to a prelude to the real thing.

Hurrah for the teams at the National Nuclear Security Agency and the LLNL. This project flowed from the NNSA to the NIF. So what’s next? The next step will be how to produce that 2 megajoules freestyle, as it were. The end goal of this experimentation is to produce 10 Qs by 2030 and 100 Qs by 2050. That is the total energy needed to produce the lasers that create the heat and pressure needed to zap that little vial of deuterium and tritium combo to produce a sustainable reaction is a practical, functional operation. Hence a whole department of research NIF was dedicated to this one single result.

The earth is heated by absorbing the rays of energy from the sun. The sun is the closest operating fusion reactor that we know of. We are a “Goldilocks” planet. We are just the right distance away so the temperature is not too hot nor too cold.

What does this have to do with us humans making fusion? The control of the sun’s energy was a matter of natural forces. It is massive and its internal pressures along with its mass produce a self-sustaining model that is contained by the natural gravitational forces around it. We need to make similar conditions on earth to get the same results only with higher temperatures and higher pressures.

In a nuclear fusion reactor, the hot, charged gas known as plasma reaches temperatures of 150 million degrees Celsius, or 10 times hotter than the center of the sun. The extreme conditions created by the plasma enable hydrogen nuclei to fuse and, in the process, release energy in the form of free neutrons and high-energy alpha particles.

The energy we produce has to be contained, controlled, and shielded. The sun has an abundant supply of hydrogen and does not use tritium. We need abundant quantities of tritium in our fuel to achieve a lower ignition temperature and pressure. In the fusion process we actually have to create tritium and use that very tritium to produce the very energy that will yield more tritium.

After ignition do we have fusion ‘liftoff?’

There is only about 30 kilos of tritium worldwide for the fuel that would be used up in less than a few minutes. Next we have to contain the reaction. One method is use to use a very rare and expensive metal such as beryllium to contain and control our future reactors. This presents another conundrum — availability.

The important thing in creating fusion is to produce the heat and pressure to sustain the reaction that will in turn create its own heat and pressure yielding a wealth of energy. Imitating the internal pressure and temperature of the sun is not an easy thing to do, especially if you can’t produce the amount of ignition energy needed. If the recent experiment that created a Q greater than 1 was a giant step forward, then sustaining and containing the reaction will be the next greatest achievement of mankind ever. Not only will we produce abundant clean energy but we have the capability to make rare earth elements. But today we are limited in the elements need to fuel and contain the reaction even if we are successful creating a self sustaining reaction.

The dark cloud in the silver lining*

There are many ramifications that may not be so rosy when compared with what benefits fusion may have. These things are the production of nuclear grade plutonium and tritium for igniting nuclear weapons. This, in my humble opinion, will only give aid and comfort to our dangerous enemies and give them more justification to build more and stockpile nuclear weapons. These despots will cause more poverty and suffering for their citizens whom they have convinced that the US is out to get them.

Dear Reader, please note that the foundation for the research did not come from the DOE, per se, but rather a division of the DOE, the NNSA, whose mission statement “is to ensure the United States maintains a safe, secure, and reliable nuclear stockpile through the application of unparalleled science, technology, engineering, and manufacturing. NNSA works to prevent nuclear weapon proliferation and reduce the threat of nuclear and radiological terrorism around the world.” It appears that clean energy was not the primary concern.

Being first in fusion could be a two-edged sword. One puts America in a superior position as a nuclear world power while on the other edge we will become a perceived threat by those misguided dictators who control their people by fear rather than choice, thus enabling them to justify maintaining a nuclear arsenal that subsequently is run by unstable leaders.

Nuclear waste from future fusion electric-generating plants, assuming there are no accidents, is huge. However, the storage times are much less — 100 years compared to the 250,000 years required by current regulations for spent fuel of fission reactors. According to the Max Plank Institute for Plasma Research: “During its approximately 30-year lifetime, a fusion power plant will, depending on its type, produce between 60,000 and 160,000 tons of radioactive material. It has to be put into interim storage after the power plant is shut down. The activity of the waste quickly declines: after about 100 years to a ten thousandth of the initial value. After a decay time of one to 500 years the radiotoxic content of the waste is comparable to the hazard potential of the total ash from a coal plant, which always contains natural radioactive substances.”

In conclusion, my humble opinion*

That we are on the forefront of nuclear research is important as it is better us than them. I am sure China is watching this development with no interest. I see this piquing their interest in nuclear research. This is competition we don’t need. I do not fear Russia like the good old days. Even Putin realizes that Russia has experienced a severe brain drain over the past 20 years and that the post WWII patriotic fervor is quickly waning as he attacks a defenseless nation that has millions of family and friends in Russia, citizens who clearly posed no threat to Russia . If Russia attempts to deploy more resources in this research they will bankrupt their country for a second time very quickly. At this juncture, Russia is now facing the consequences of its delusional leader who already is leading his country into a financial winter.

As for creating electric power plants for the United States, this will remain a dream for at least a decade. Even if the current research developed a sustained reaction today it would take years to develop a facility to safely handle the heat and pressures to sustain this reaction not to mention access to the fuels deuterium and tritium. Then it will take years to build these plants assuming that the key metals like beryllium required to build these plants are available. There are about 20 facilities mostly with a combination of government and private funding that claim they will achieve electric power generation by 2030 using fusion power. This will be for a future column.

We must proceed with caution in this research. And use it wisely and judiciously.

* The author’s opinion is always humble.