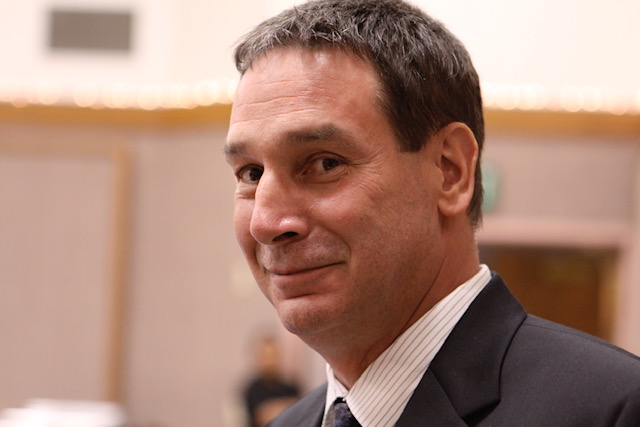 According to the quote, Penn has “tirelessly and continuously supported the mission of nuclear energy for over 45 years with ANS as a guide, advisor, hard worker, friend and visionary.”

“In his two and a half years helping the engineering group on TA-55 capital projects, Robert has made a significant impact as a valued resource,” said Mark Anthony, ALD, Plutonium Infrastructure. “We were delighted that the American Nuclear Society recognized his extensive contributions to our sector. Robert is known at ALDPI and ALDFO as someone you can always rely on for advice and sharing his expertise and knowledge with the team. “

For most of his career, Penn worked for commercial nuclear power plants, both boiling water and pressurized water reactors. He joined the laboratory in 2019 as a project engineer to help with major changes in complex Los Alamos nuclear facilities to support the expansion of plutonium missions.

Throughout his career he has been part of small, select teams solving pressing challenges. “I was involved in the 3:00 p.m. Friday situations that resulted in me going out through the evenings and weekends to relax and resolve the incident,” he said.

Penn holds a bachelor’s degree in nuclear engineering from the University of Illinois-Urbana and a
Bachelor of Science in Physics from Western Illinois University.

Penn joined ANS as a student at the University of Illinois and served in a variety of roles. In 2014 he received the ANS Presidential Citation for his leadership in national and international local sections and in 2017 was a key member who worked with the ANS headquarters to address the legal, administrative and business aspects of a successful transfer and incorporation of the ANS from the state to organize from New York to Illinois.

Penn was honored at the ANS 2021 Winter Meeting in Washington, DC on December 2nd. Other winners recognized at the meeting include former Energy Secretary Ernie Moniz and former Director of Los Alamos National Laboratory, John Browne.

The American Nuclear Society is an international professional organization of engineers and scientists dedicated to the peaceful application of nuclear science and technology. The more than 9,500 members of the society represent governments, universities, research laboratories, medical institutions and the private sector. The ANS mission is to advance, promote and stimulate the development and application of nuclear science, engineering and technology for the benefit of society. It was founded in 1954.