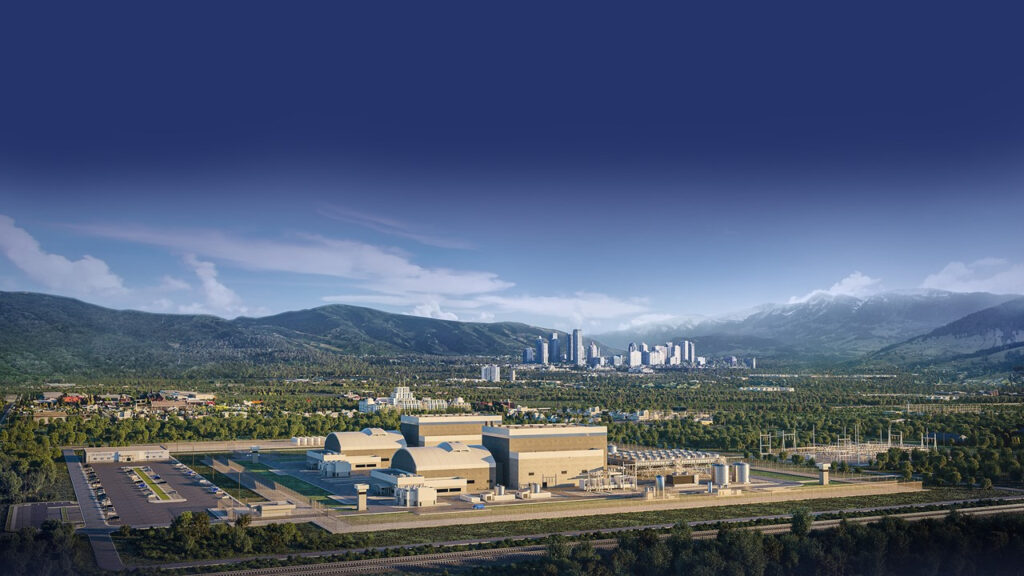 Westinghouse and Ansaldo Energia’s Switzerland-based nuclear arm, Ansaldo Nucleare, will cooperate in developing a nuclear power plant based on lead-cooled fast reactor (LFR) technology. The two companies, which have separately spearheaded the development of fast-reactor designs, said they will advance a common design “to maximize synergies, combine experience in design, testing and licensing, and align respective partners and supply chain organizations.”

The alliance, which stems from an agreement unveiled on Oct. 3 and previous joint work between the two companies, will “serve as a springboard to accelerate LFR technology development,” said Dr. Rita Baranwal, Westinghouse’s chief technology officer. “We are developing an economically competitive, versatile and sustainable nuclear power plant which will be deployed to accommodate the needs of diverse communities and evolving energy markets, including district heating, hydrogen generation, and water desalination,” she said.

The two companies have worked together for over 40 years to develop light water reactor (LWR) technology through AP600 and AP1000 plant projects. The companies have also separately invested in LFR technology over the last 20 years.

LFRs are fast neutron reactor concepts cooled with molten lead or lead-based alloys (most commonly the eutectic mixture of lead and bismuth). That offers an advantage over sodium-cooled fast reactors (SFRs)—the most mature of all fast reactor concepts—because lead is a moderately active metal and does not react rapidly with water and air like sodium. However, LFRs operate at high temperatures and near atmospheric pressure, conditions enabled because of the very high boiling point of the coolant (up to 1.743C) and its very low partial pressure. But compared to SFRs, which have been widely demonstrated and are even in commercial operationLFR concepts have remained constrained by research challenges.

“In the case of the LFR, these challenges include those related to the high melting point of lead; its opacity; coolant mass as a result of its high density; and the potential for corrosion when the coolant is in contact with structural steels,” the Gen IV International Forum notes.

However, the forum also notes that the LFR “has excellent materials management capabilities since it operates in the fast-neutron spectrum and uses a closed fuel cycle for efficient conversion of fertile uranium. It can also be used as a burner to consume actinides from spent LWR fuel and as a burner/breeder with thorium matrices. An important feature of the LFR is the enhanced safety that results from the choice of molten lead as a relatively inert and low-pressure coolant. In terms of sustainability, lead is abundant and hence available, even in case of deployment of a large number of reactors.” It adds: “More importantly, as with other fast systems, fuel sustainability is greatly enhanced by the conversion capabilities of the LFR fuel cycle. Because they incorporate a liquid coolant with a very high margin to boiling and benign interaction with air or water, LFR concepts offer substantial potential in terms of safety, design simplification, proliferation resistance and the resulting economic performance.”

Ansaldo led one of the world’s first LFR projects in 2006 with the European Lead-Cooled System (ELSY) and a large consortium of other European organizations, looking to demonstrate the feasibility of a competitive and safe LFR. While the ELSY project ended in 2010, LFR development continued under the Lead-cooled European Advanced Demonstration Reactor (LEADER) program, an effort that yielded the conceptual design of the 300-MWth pool-type system ALFRED. LEADER’s eventual goal was a demonstration of an industrial scale 630-MWe European LFR (ELFR) by 2040,

In 2013, after European Union funding for the LEADER program endedAnsaldo brought several European organizations within the FALCON (Fostering ALfred CONstruction) consortium to build a small-scale demonstration reactor. “FALCON already contributed to securing a dedicated loan for the realization of relevant experimental facilities in Romania—in addition to those under construction in the UK at the Ansaldo Nuclear Ltd Wolverhampton site and those historically present in Italy at ENEA Brasimone,” the company said.

Westinghouse’s efforts have been centered on a 465-MW LFR. The company envisions a staged approach for the LFR, starting with a lower-power prototype unit that could adopt higher technology readiness solutions and materials to accelerate its deployment time. Westinghouse notably received £10 million from the UK government to develop an LFR in July 2020. However, the project wasn’t one of six advanced modular reactor (AMR) projects the UK government selected for pre-FEED funding in September.

Other notable LFR projects include Russia’s 300-MWe BREST-300, which began construction in June 2021. The reactor will run on mixed uranium-plutonium nitride fuel, specially developed for the facility. Private companies like Newcleo (formerly Hydromine) and LeadCold have also developed basic LFR designs. Italian firm Newcleo is meanwhile developing a liquid lead modular microreactor, the LFR-TL-X, and it intends to finalize its design and realize a non-nuclear industrial prototype within five years. It is also developing 30-MW and 200-MW LFR concepts. Swedish company LeadCold is separately developing the SEALER (Swedish Advanced Lead Reactor), a 55-MWe reactor, and a smaller microreactor version for Arctic applications. A joint venture between Uniper and LeadCold notably received $10 million in funding from the Swedish Energy Agency in February to support the construction of a demonstration SEALER plant at the OKG’s Oskarshamn plant site.

While Ansaldo and Westinghouse did not provide details about their planned common LFR design, the companies said the agreement builds upon development activities already underway in the UK, the US, Italy, and Romania. “More than 10 state-of-the-art, lead-based test facilities are being installed” in these countries, they said.

The companies said the objective of their cooperative agreement to develop an LFR represents a “step change performance improvement relative to traditional nuclear technology, including enhanced economics, market versatility beyond electricity and improved sustainability.”