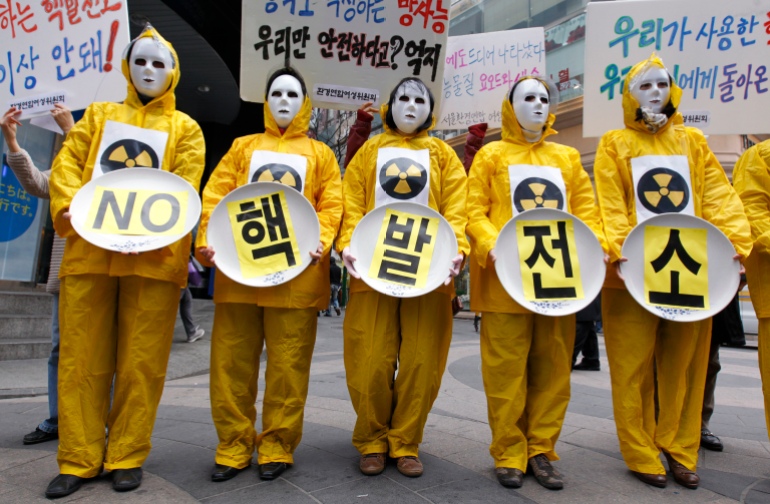 Taipei, Taiwan and Kuala Lumpur, Malaysia – More than a decade after the Fukushima disaster shattered confidence in nuclear power, Asia is undergoing a nuclear renaissance.

From China to South Korea and Japan, Asian countries are rushing back to the low-carbon energy source as an accelerating climate crisis, soaring energy prices and energy security concerns eclipse previous safety fears.

Japan has begun restarting nuclear plants that have been idle since the 2011 disaster, with Prime Minister Fumio Kishida pleading to get at least nine reactors up and running by the northern winter to meet the country’s growing energy needs.

In South Korea, newly elected President Yoon Seok-yeol has resumed construction on two reactors and extended the lifespan of those already in operation, reversing his predecessor Moon Jae-in’s pledge to phase out nuclear power.

China, which introduced a year-long moratorium on new nuclear plants after the Fukushima disaster, has at least 52 nuclear reactors under construction or planned — more than the rest of the world combined — with proposals for more than 150 others, according to the world Nuclear Association, which represents the industry.

India and Pakistan, both of which have ambitious plans to enlarge their already considerable nuclear capacity, kick-started operations or broke ground on new nuclear projects in recent months.

Even Taiwan, where Asia’s anti-nuclear sentiment remains most entrenched, has seen resistance soften following a series of blackouts and growing concerns about the self-ruled island’s future energy security.

The nuclear resurgence marks a dramatic shift in priorities as extreme weather events, including a record-breaking heatwave in Europe and the war in Ukraine, underscores the need to secure clean and abundant energy for the region’s future prosperity.

“With natural gas prices hitting record highs, nuclear power seems to be the only quick option to escape from blackouts and energy inflation,” Ahn Se Hyun, vice president for international affairs and director of the Center for Energy Security Strategic Studies at the University of Seoul, told Al Jazeera.

The Fukushima nuclear disaster in 2011 fueled a surge in anti-nuclear sentiment in Asia [File: Jo Yong-Hak/Reuters]

Even before Fukushima, nuclear power was not without controversy in the region, despite typically producing far less carbon than fossil fuels and offering more reliable output than wind, solar, coal or gas.

Scandals ranging from the discovery of substandard components to lax inspections and corporate malfeasance damaged the image of the industry.

Storage of nuclear waste remains a political and environmental headache, with the technology spent for recycling fuel still in its infancy, while the specter of a nuclear meltdown looms large in the public imagination even with safety advances in newer generation reactors.

In South Korea and Taiwan, nuclear power has also had to grapple with a lingering association with past authoritarian governments, making it a hard sell for left-leaning parties that helped usher in democracy.

While nuclear energy is estimated to only produce about one-tenth as much carbon as brown coal, some environmental campaigners argue that it still produces unacceptably high emissions compared with renewables such as solar and wind.

“Technologists like it because it seems clean at the point of electricity supply, but that ignores pernicious costs at other parts of the lifecycle, such as uranium mines, uranium mills, fuel processing, and waste repositories,” Benjamin K Sovacool, a professor of energy policy at the University of Sussex Business School who has studied nuclear power in Asia, told Al Jazeera.

“When you factor these in, some nuclear power plants have the same carbon footprint as natural gas, a fossil fuel.”

Sovacool said that his research also suggested that focusing government policies on greater energy efficiency and building upgrades would be a better and more cost-effective investment than building five new nuclear stations.

“Investing in nuclear energy is like fighting world hunger with caviar,” he said. 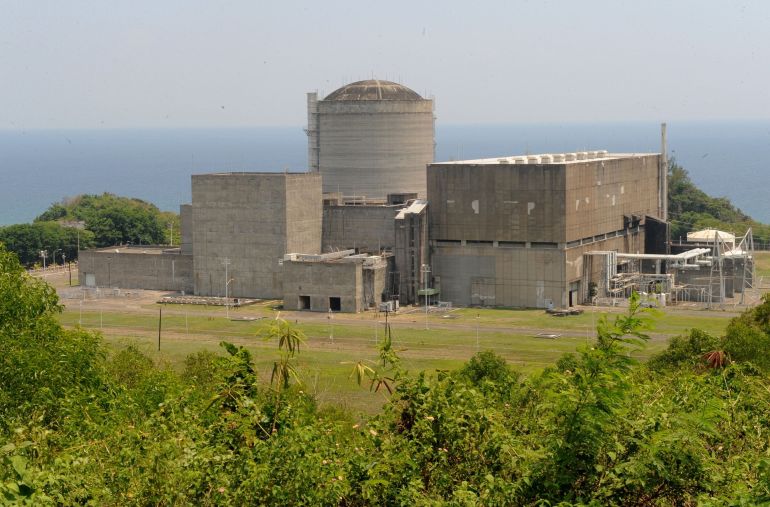 But as Asia faces a worsening energy crunch, governments are increasingly turning their attention to nuclear energy.

Japan, which imports 98 percent of its energy supplies, has narrowly avoided blackouts repeatedly in recent years as its bet on liquid natural gas (LNG) has been tested by exceptionally cold winters and record-shattering heat waves. Russia’s invasion of Ukraine has further stoked energy security concerns in Asia’s second-largest economy, for which Russian LNG accounted for 9 percent of imports last year.

In a March survey by the Nikkei newspaper, 53 percent of respondents said they favored restarting idled nuclear plants. Under Tokyo’s latest blueprint for reaching carbon neutrality by 2050, Kishida envisages the country generating 20-22 percent of its energy needs through nuclear power.

“This is the first time since immediately post-Fukushima … that there actually have been formal government announcements saying we’re on the edge of a blackout, and everyone needs to save power,” Shulman told Al Jazeera.

China has been the biggest driver of the region’s nuclear resurgence by far, with plans to boost its nuclear output by 40 percent to 70 gigawatts by 2025 and have more nuclear plants than the rest of the world combined by the middle of the century. Between 2011 and 2021, the country increased its nuclear power output by about 400 percent, constructing 39 of the 68 new nuclear power units added around the world, according to the World Nuclear Association.

For the ruling Communist Party, nuclear energy promises to alleviate not just climate and energy security concerns, but some of the world’s worst air pollution. China is currently the world’s biggest consumer of coal, which supplied 56 percent of its energy needs in 2021. 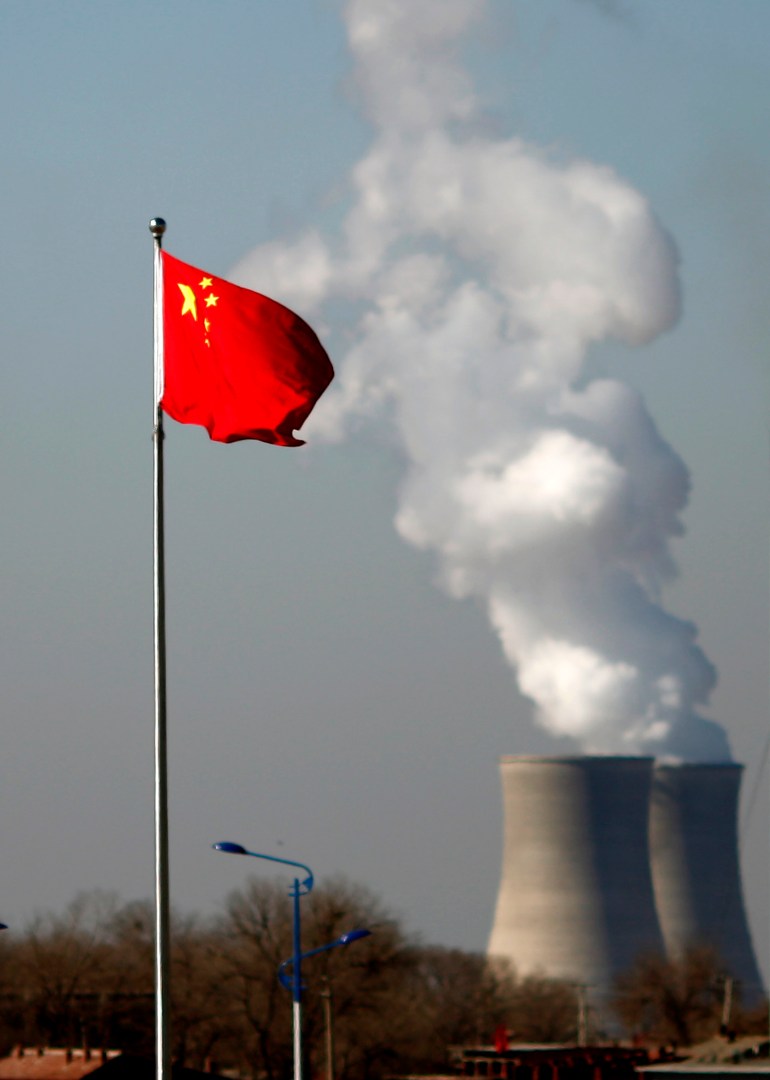 China is expected to have more nuclear power plants than the rest of the world combined by mid-century [File: Carlos Barria/Reuters]

In the meantime, countries need a “swing fuel” to meet their energy needs. In China, that option is coal, said Philip Andrews-Speed, a senior researcher at the Oxford Institute for Energy Studies.

“Coal is the thing that can be switched on very quickly, and then switched off again, and that’s got nothing to do with the long-term ambitions to build nuclear out,” Philip Andrews-Speed ​​told Al Jazeera.

Business ambitions overseas have also factored into the revival of the nuclear industry’s fortunes.

South Korea’s Yoon has pointed to the economic potential of exporting nuclear technology, pledging to sell 10 plants to other countries by 2030.

While South Korea has so far only built nuclear reactors in the United Arab Emirates, the resurgence of its domestic industry, including a pledge to raise the share of nuclear power in the energy mix to 30 percent by 2030, is a vote of confidence in the sector, said Jonathan Cobb, senior communication manager at the World Nuclear Association.

“The change back in policy in South Korea has happened very rapidly. There is the commitment to grow nuclear energy, looking both at its role in energy security and NetZero in South Korea, but also the opportunities that they have as an exporter of nuclear reactors,” Cobb told Al Jazeera.

“It’s certainly the case that for countries that may have been considering South Korea alongside the other vendors, they are going to be more reassured that South Korea is going to retain the skills both in operation but also if it’s continuing its own construction.” 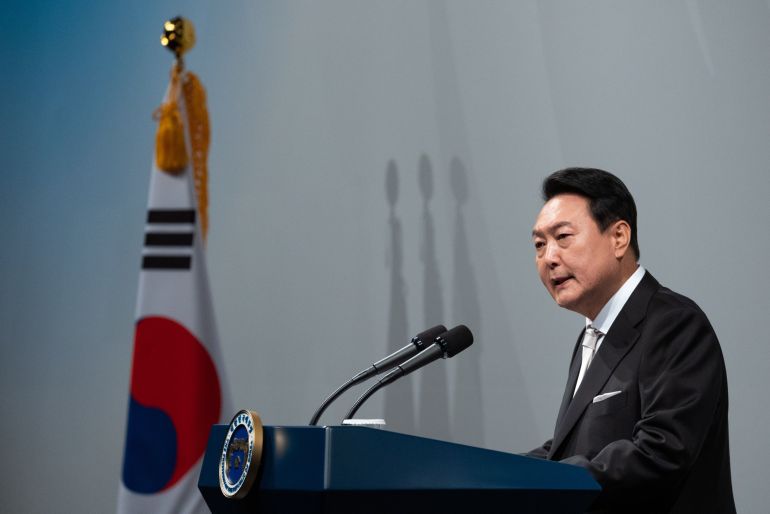 In Taiwan, a softening of entrenched public resistance to nuclear power resulted in a 2018 referendum voting to scrap plans to shut the island’s nuclear facilities. A subsequent referendum on whether to restart construction on the island’s mothballed fourth nuclear power plant failed to pass.

Taiwan’s ruling Democratic People’s Party officially opposes nuclear power and seeks to abolish its use by 2025, although critics say its stance fails to take into account the island’s energy needs.

Much like Japan, Taiwan has bet big on LNG. Taipei plans to get half of its energy needs from LNG by 2025 — up from 36 percent last year — while also cutting down its reliance on coal. That reliance on imported energy also exacerbates Taiwan’s vulnerability to China, which considers the island a renegade province that must be reunified with the mainland, by force if necessary.

“They don’t have to send soldiers,” Tsung-Kuang Yeh, a professor at National Tsing Hua University’s Institute of Nuclear Engineering and Science in Taiwan, told Al Jazeera.

“They don’t have to fire a missile. They just have to block all the shipments of LNG to Taiwan. That’s enough. And sit and wait.” 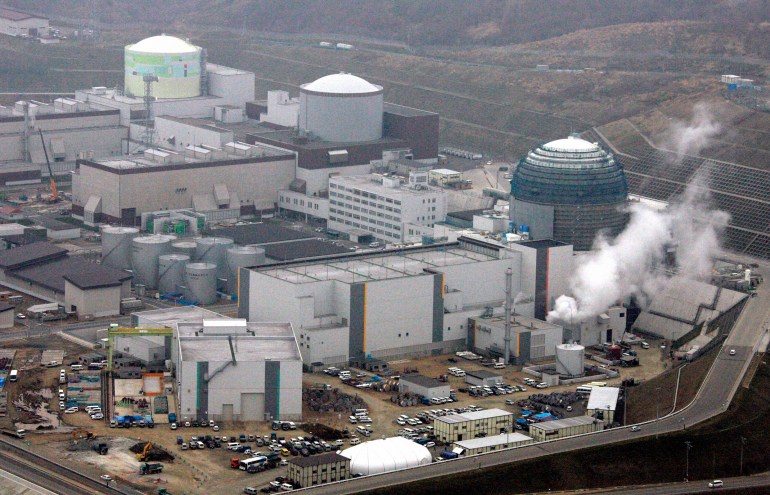 Asia’s nuclear renaissance comes as other regions are also making moves to ensure the energy source is part of the global effort to reach net zero emissions by 2050.

In the United States, President Joe Biden has launched a $6bn program to support nuclear power plants struggling with rising costs. Earlier this month, the European Parliament voted to include nuclear power in its “green energy taxonomy” of sustainable energy sources.

“Over the last ten years nuclear generation has more than doubled in the East Asia region,” Cobb, the World Nuclear Association spokesperson, said.

“Every country using nuclear generation in the region is different, but the overall trend has first been driven by commitments to reduce greenhouse gas emissions, and more recently by the need to improve security of supply and switch away from increasingly expensive fossil fuel imports.”