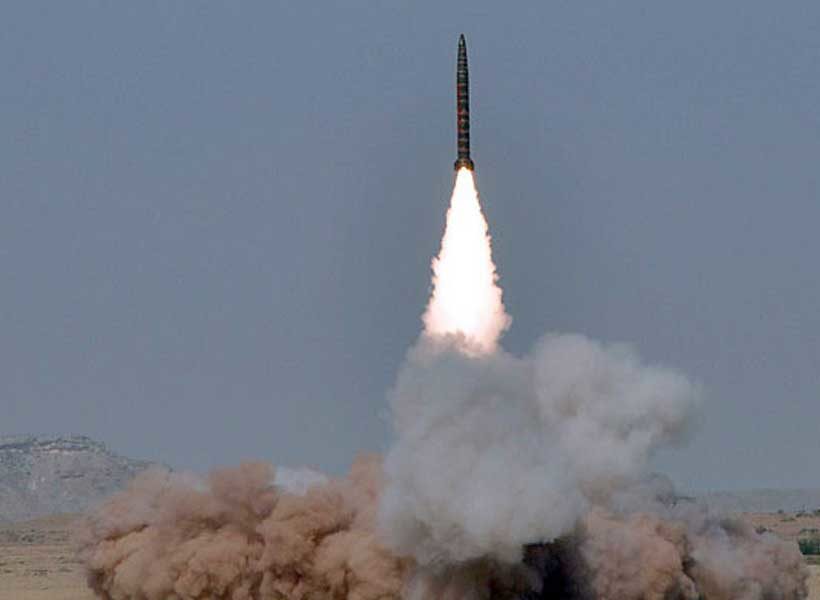 Weeks after the announcement of the Aukus Alliance to confront China in the Asia-Pacific region, the United States has launched a Summit on Democracy aimed at uniting the countries of the region and building more military alliances based on an ideological one Cover that gives them legitimacy.

Why is the United States resorting to democracy in its next war?

One of the historical reasons for the success of a military alliance is first of all the interdependence of the member states, and the lack of a common ideology usually causes the efforts of a military alliance to fail. The survival of NATO, for example, was and is due to the common liberal ideology of the confrontation with the Soviet Union and the existence of a bipolar world without impressive gray areas.

Whether Soviet cooperation with Great Britain and the United States was an effective traditional alliance prior to World War II is discussed again and again. International security experts argue that it was not an alliance because the coordination between them was weak, as the allied countries did not achieve roughly the same values, which requires the formation of this alliance and gives it a right to exist.

Recently, in the face of multipolarity in the world, the United States began to lose the ability to build military alliances and legitimacy to ship nuclear submarines to Australia under non-proliferation treaties and, on the other hand, to change the concept of alliances in most of the countries In the world from the traditional military perspective to the perspective of strategic partnerships, which also includes the lack of military engagement with the allied countries, the United States felt the danger of this pluralism and the shift in the concept of alliance because Asian countries will not be forced to form military alliances to go against China.

Second, China has succeeded in reestablishing ties with many countries in Southeast Asia in recent years. Thanks to economic interdependence and the Belt and Road initiative, military conflicts in the region have gradually subsided. Relations between China and Vietnam have calmed down recently. One of the stated goals of the Belt and Road Initiative is to achieve a balance of power in the region and to achieve economic integration with the Asian countries in order to achieve stability and development in these turbulent regions, which will gradually lead to an increase in China’s power The United States may lose control of this region over time, and therefore prompts the United States to resume the war of values.

In view of the successfully concluded free trade agreements with China, Cambodia signed the first bilateral free trade agreement with China in 2020, which prompts the two countries to enter into a comprehensive strategic cooperation with the aim of increasing the volume of trade to 10 billion dollars by 2023.

According to the liberal theory of international relations, the high volume of trade and economic interdependence between countries leads to more stability and reduces the possibility of conflict, since the high cost of war and the loss of economic privileges reduce the chances of conflict and therefore these growing partnerships between China and the Asian – Pacific countries threaten the American alliance with these countries. For example, Japan, Vietnam, and South Korea are among China’s largest trading partners, and so there is a likelihood that they will be used by the United States as allies for isolation. China has become weak, particularly due to China’s tendency to integrate with countries in the region and to call for formal accession to the Comprehensive and Progressive Agreement for the Trans-Pacific Partnership.

All of this is forcing the United States to re-adopt the slogans of democracy to become the value upon which further alliances will be built in the Pacific region, to isolate China and undermine its efforts to build a new international order.

Third, the United States noted democratic threats in the countries of South and East Asia, particularly Myanmar, Thailand, the Philippines, and Malaysia.

In Myanmar, the military coup last February undermined the dream of democratization and the US desire to include the state as an ally, which could control many Chinese interests there, particularly the gas pipelines.

In addition, there are many problems with the emergence of new right-wing movements in the Philippines and Malaysia, such as the Malay-Islamic coalition that has come to power in Malaysia.

Such developments gradually lead to the disappearance of democracy in Asian countries in favor of the Chinese regime, which could mean that the USA can no longer enter into alliances in the future.

For all of these reasons combined, the United States has revived the slogans of democracy and, through the Summit of Democracy it called for, re-marketed them to provide legitimate cover for other military alliances to confront China, such as the aukus.

One of the controversial issues at Biden’s Democratic Summit is the invitation of Taiwan among 110 other countries, which could revive the question of Taiwan recognition and jeopardize the “one China” principle.

Taiwan’s invitation to attend the Democracy Summit has no other meaning than to spark conflict in the region and try to isolate China by opposing the international liberal order.

US Assistant Secretary of Defense for Asia-Pacific Security Affairs Eli Ratner has continued to state recently that strengthening Taiwan’s self-defense is an “urgent mission” and a key element in China’s deterrence at a time when the United States is looking for new alliances, so are there other dimensions to the summit of democracy? Will there be new US moves? Especially because the reunification of Taiwan is one of the priorities of the Chinese Communist Party proclaimed by President Xi Jinping in a speech in the Great Hall of the People on the 110th anniversary of the revolution in September.

The attempt by the United States to create conditions similar to those of the Cold War may not be successful this time, because the Cold War was a clear struggle between two poles with contradicting ideologies, while the international system with its multipolarity is no longer suitable for one To create a war of values ​​around which countries gather. The concept of the traditional alliance has since changed and replaced by an alignment that ignores military cooperation, so that many countries are less inclined to enter into alliances that can lead to economic losses.

With China’s current economic diplomacy and development initiatives spanning dozens of countries, particularly with China’s principle of political non-interference, countries no longer want to lose those advantages in favor of some values ​​that have proven incapable of addressing countries’ problems.

The Shifting Paradigm of Alliances in International Relations and the emergence of an alternative to the liberal model based solely on economic aspects threatens the position of the United States in the international system, which forces the United States to invoke the conflict of values ​​and Playing the role of guardian in the Asia-Pacific region, the coming days will reveal the effects of the summit. And if the United States can forge new traditional alliances, it will be able to stem the rise of China.