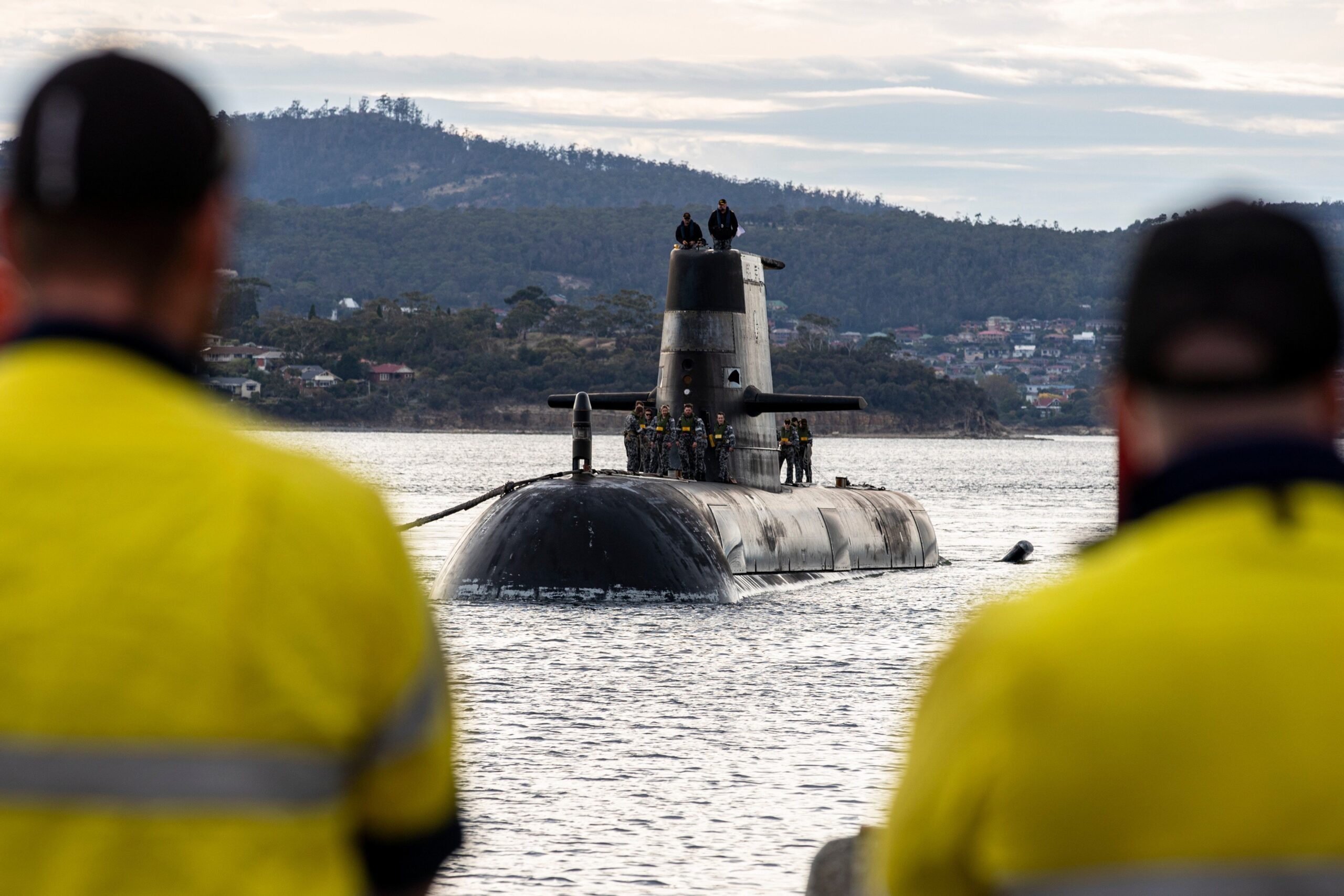 Australia Should Work Closely With US to Master Nuclear Submarine Building, Congressmen Say

Australians should now work shoulder to shoulder with Americans in mastering the building of nuclear submarines while their countrymen serve on deployed US Navy attack submarines to master their operations at sea, two members of the House Armed Services Committee said Friday.

Australia has no history of nuclear energy and no industrial capacity to build reactors, Rep. Rob Wittman, (R-Va.) said during a discussion on southeast Asia and the Pacific put on by the Wilson Center.

The Australians “need to be here,” he said.

The first conversations with Australians about nuclear submarines were about having a workforce of the next generation of electricians, machinists and welders to manufacture the submarines in the country and to be able to sustain them, Rep. Donald Norcross (DN.J.) said.

Training submarine crews and shipyard workers is not something “done in one cycle. It takes time” to understand procedures and methods, Norcross said.

Australia is expected to announce, in the first quarter of 2023, whether it will pursue and American design or one from the United Kingdom for its future submarine force, Richard Marles, deputy prime minister and Australia’s minister of defense, said again in Hawaii last week .

Canberra’s development of a nuclear submarine fleet to replace its existing diesel-powered Collins class is a central part of the agreement between Australia, the United States and United Kingdom (AUKUS) reached last year on defense technology cooperation.

“It will not just be what submarine we’re going with, but how quickly we can get it, and to the extent that there is any capability gap that arises, how that capability gap can be resolved because it’s critically important, given the strategic Circumstances that we face, that there is an evolving submarine capability in Australia from this day right through into the day where the first nuclear-powered submarine enters the water,” Marles said at the Hawaii press conference.

Although the reactors for Australia’s nuclear submarines would likely come from the United States, Wittman said he doubted whether work would be done in American shipyards building the Navy’s submarines.

“There’s a political reality that Australia needs to deal with” in building the submarines in the country. “It has to be an Australian effort” to be successful over the long term.

Like the Australians, the Navy is looking into service life extension programs to bridge gaps in delivering new attack and ballistic missile submarines, the congressmen said.

“We have to signal industry this is not a one-year plus-up” when it comes to submarine construction,” Norcross said. The United States also needs to be looking at the need for a next generation of shipyard workers to build and sustain the fleet into the future.

Wittman and Norcross traveled to the Indo-Pacific, where Wittman said he saw great benefit in Marine Corps Commandant’s Gen. David Berger’s Force Design 2030 as a counter to China’s regional ambitions.

The widely dispersed stand-in Marine force with long-range strike and long-range anti-ship fires complicate Chinese military planning, Wittman said. But to make this approach work over the vast distances of the Indo-Pacific, the Navy needs a 31-vessel amphibious fleet and a strong logistical base, he added.

“How do you get a force there and sustain it?” Wittman asked rhetorically.

He called the state of the aging American-flagged fleet and ships under Military Sealift Command and the Maritime Administration anemic. Numbers and ship age “is one of their [all services] Concerns” about sustaining operations in that theater, the congressmen agreed.

“Those long distances take enormous amount of resources” in terms of ships and aircraft like the C-46, Norcross said.

In the first Gulf War, there were 364 ships to sustain operations, Wittman added.

The ability to sustain the Navy is crucial, Defense Secretary Lloyd Austin said when pressed at a news conference last week in Hawaii.

“Any warrior or warfighter will tell you, any secretary of defense will tell you that logistics are critical,” he said. “And so because of that, there’s no — it stands to reason that any adversary would try to interdict your ability to sustain yourself. We recognize that, and because of that, you know, we will do everything that’s necessary to make sure that we can sustain ourselves.”