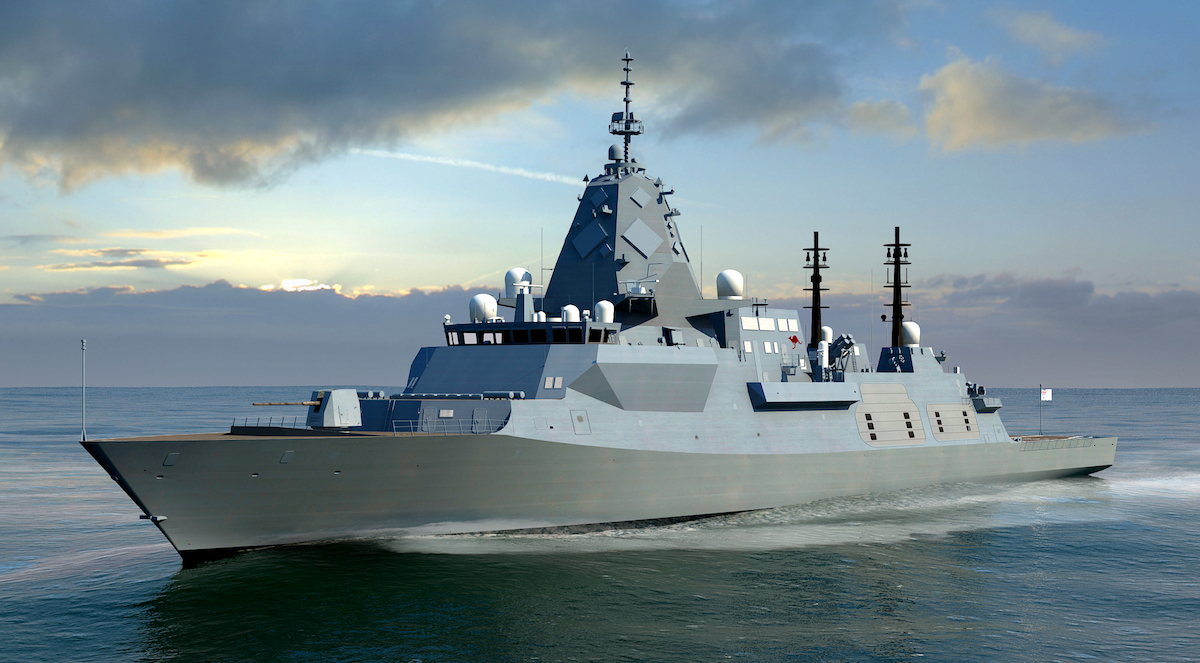 “So this actually runs counter to the object and the purpose of NPT [Treaty on the Non-Proliferation of Nuclear Weapons], and actually, the IAEA statute says specifically that the nuclear activities in the framework of IAEA should not be used to serve military purposes. So a nuclear submarine certainly is a military purpose. So it also runs counter to the IAEA status,” Fu said on the sidelines of a UN non-proliferation conference.

Admiral Radakin traveled to Australia to participate in the 24th annual Indo-Pacific Chiefs of Defense (CHODs) conference in Sydney from July 25 to 27, where issues such as the rise of China and Russia’s invasion of Ukraine, and climate change, were discussed.

On the side of the CHODs conference, Radakin also held talks with senior Australian military officials. The troubled Hunter Class Frigate Program (HCFP) was also discussed, according to the Australian Broadcasting Corporation (ABC).

In Sydney this week to attend the @INDOPACOM Chiefs of Defense Conference alongside my counterparts from many of the UK’s allies and partners. pic.twitter.com/ptEObEq5f6

In December 2018, the Australian government awarded a $24.37 billion contract to ASC Shipbuilding Pty Ltd, now known as BAE Systems Maritime Australia, a subsidiary of BAE Systems Australia Ltd, to build nine Hunter class frigates optimized for anti-submarine warfare to replace the existing Eight Anzac class frigates, which have been in service since 1996.

The BAE Systems’ design was selected over the Franco-Italian FREMM frigate (or European multi-purpose frigate) designed by Naval Group and Fincantieri and a derivative of the Hobart class frigate proposed by Spain’s Navantia.

The new design is supposed to incorporate the changes required by the Royal Australian Navy (RAN) into the Type 26 design.

The ship’s size will be increased from around 8,000 tons to over 10,000 tons to meet the RAN’s requirements. 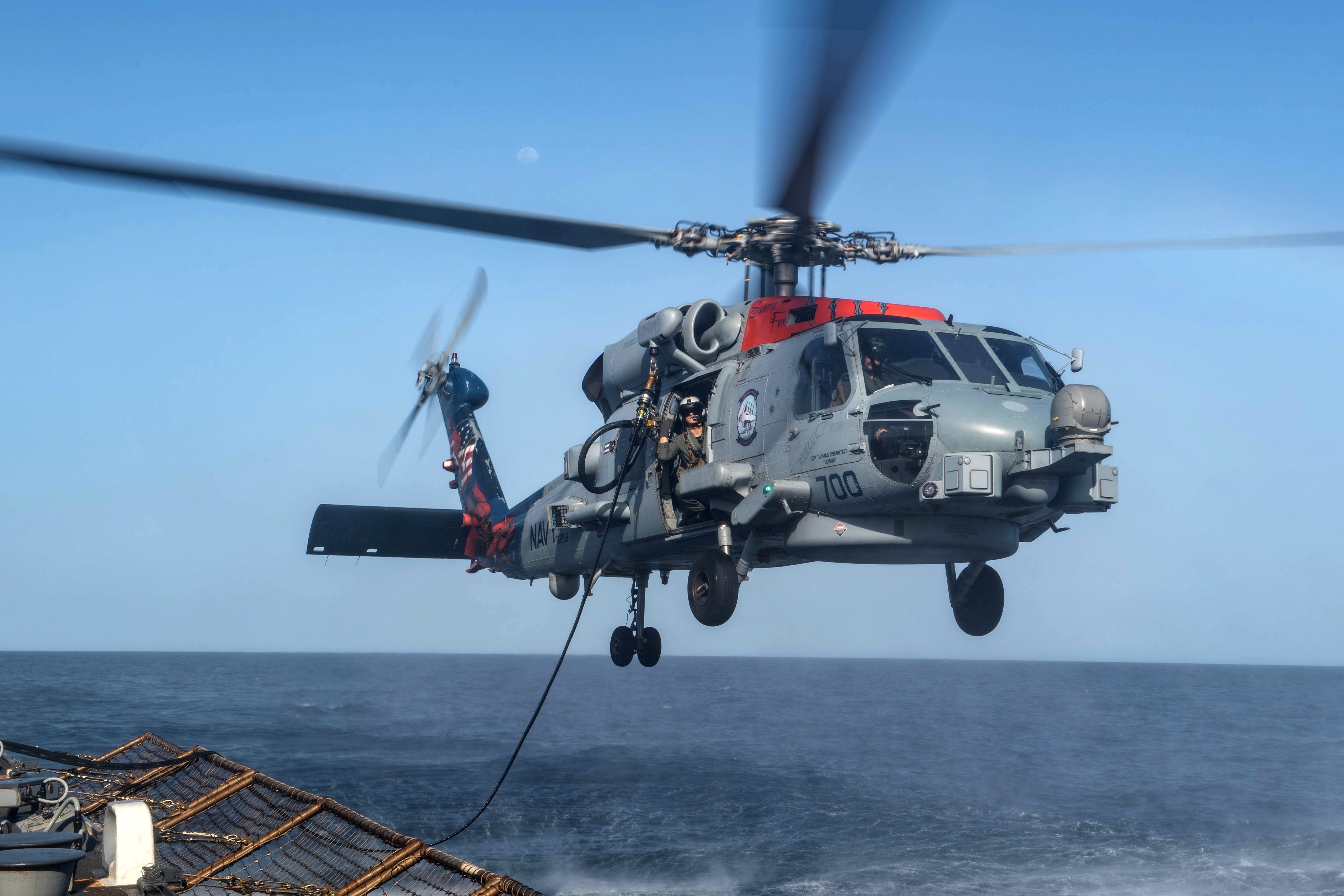 The frigates will be equipped with a 24-cell strike length Mk 41 Vertical Launch System (VLS) to fire long-range strike weapons such as the Tomahawk, a vertical launch silo (VLS) for Sea Ceptor anti-air missiles, and a 5 – inch gun.

Problems With The Hunter Class Programs

Lately, there have been concerns about delays and technical problems with the projects reported by The Australian in February, citing an allegedly leaked naval engineering report by the Australian Department of Defense (DOD).

The classified report is said to have assessed that the UK’s Type 26 design was immature, as the first British Type 26 frigate, HMS Glasgow, is still under construction, and the Hunter-class frigates that are derived from Type 26 design are slower and heavier than originally intended.

The report found that integrating the US Aegis combat system and the Australian-designed CEAFAR2 phased-array radar into the Type 26 design has pushed Hunter’s space, weight, power, and cooling margins class to their limits, thereby posing a “significant potential risk. ”

These changes have reportedly led to severe design flaws, such as an increase in the consumption of electrical power, negatively impacting the speed and range, and causing problems with the cooling of the vessel’s combat system.

Experts note that a lack of power can directly “impact the warfighting capability of the ship by forcing the commander to choose between prioritizing power allocation to either the CEAFAR2 radar or the propulsion system depending on the ship’s operational requirements.”

It could create a problem for the commander in a combat situation where the ship needs to move fast and run the radar at full power to scan for incoming threats simultaneously.

The report also made some critical observations about BAE Systems, noting the company’s design process “does not adhere to normal system engineering practice” and criticized the company’s slow feedback and “confusing and incoherent” provision of data.

Admiral Radakin, in his interview with ABC, conceded that the Hunter Class program is facing “teething problems” but assured that the project was going ahead as planned.

“The overall program is in good shape, but what you inevitably see with a first-of-class, with these high-end designs… are teething problems with the first ship,” Radakin told ABC. “Those are being resolved, and that’s all going ahead very, very well.”

“What Australia, I think, benefits from is a design that is then being turned into metal, being turned into this amazing, new ship and the assuredness of that design becoming real and Australia being able to learn from that process,” Radakin further said .

“And we need these high-end designs because we need the high-end capabilities that go with it,” he concluded.