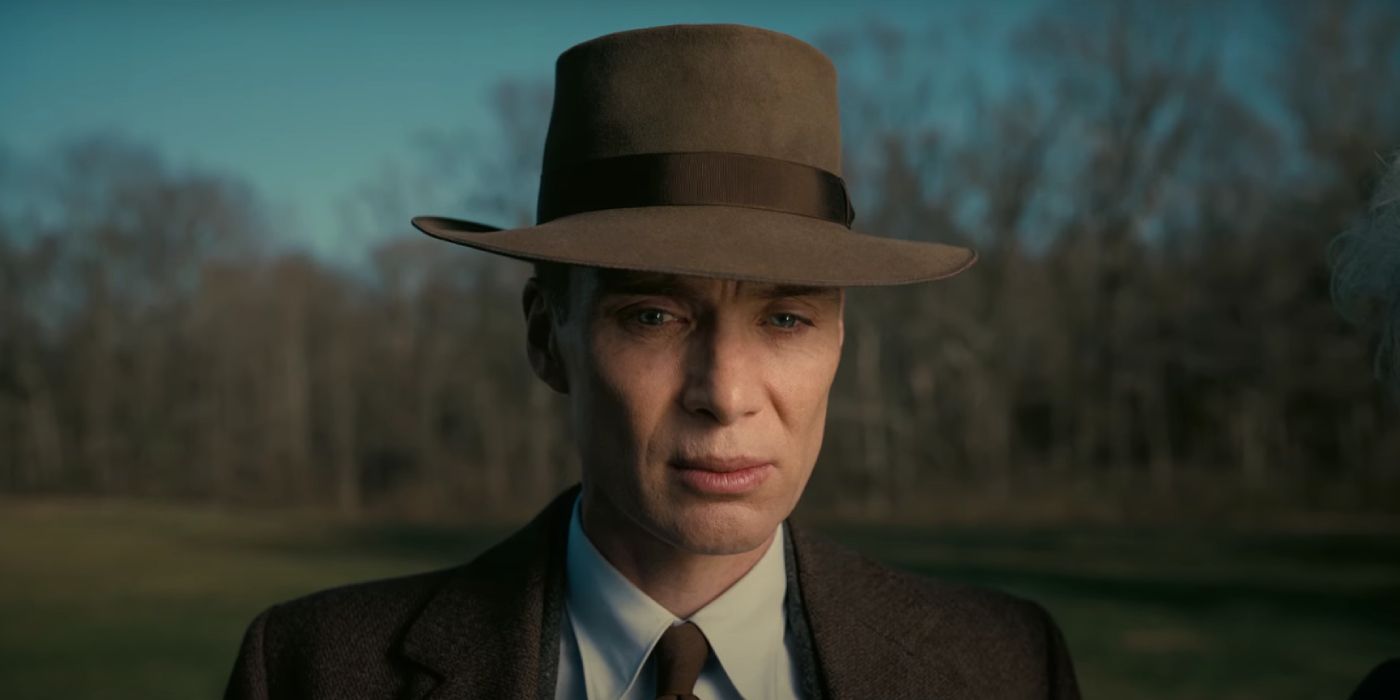 Before Christopher Nolan, Oppenheimer Starred in a Bizarre Comic

Years before he was the subject of Christopher Nolan’s next film, J. Robert Oppenheimer was at the heart of a wild comic from Image Comics.

Set to hit theaters in 2023, Christopher Nolan’s Oppenheimer will tackle the construction of the nuclear bomb and the impact the work had on the titular scientist credited as the “father” of the weapon. Played by frequent Nolan collaborator Cillian Murphy, the film looks like another stunning entry into the director’s filmography. While the wait for the film seems long, those interested in Oppenheimer have plenty of material they can delve into to learn more about him.

But only one contains alien warfare, cannibalism, and a talking Russian dog. Before becoming the star of Christopher Nolan’s latest film, J. Robert Oppenheimer was at the heart of Image Comic’s The Manhattan Projects by Jonathan Hickman and Nick Pitarra. It’s a series that radically reinvented the scientist in horrifying and compelling ways.

Who What J Robert Oppenheimer?

Oppenheimer will focus on the life of J. Robert Oppenheimer. Born near the beginning of the 20th Century, Oppenheimer was one of the more notable scientists of his era, working as a professor at various institutions before becoming involved in the Manhattan Project. The program was devoted to creating a nuclear bomb and was ultimately successful in 1945, by which point Oppenheimer had become a leading member of the program. The development of the device led directly to the creation of the two nuclear bombs that were dropped on Hiroshima and Nagasaki in Japan — effectively ending World War II but killing millions in the process.

Nolan’s new film will focus on Oppenheimer’s work with the Manhattan Project, working alongside other notable figures from the program like US Army Lieutenant General Leslie Groves (Matt Damon) and businessman Lewis Strauss (Robert Downey Jr.). He will also juggle his romances with women like Jean Tatlock (Florence Pugh) and his eventual wife, Kitty Oppenheimer (Emily Blunt). As with any film focusing on real figures, it won’t be surprising if the story takes some creative liberties with the events of his life for the sake of the narrative. But they likely will be nowhere near as wild of deviations as the ones experienced by the Oppenheimer of the critically acclaimed The Manhattan Projects.

RELATED: Is Superboy’s Luthor Cosplay on Titans Due to Magic – or Science?

The basic premise of The Manhattan Projects ran on the idea that the development of the nuclear bomb was primarily a cover for the program’s real work — which was far more rooted in science-fiction concepts like exploring alien worlds and uncovering mysterious gateways to other dimensions . One of the central characters in the series was Oppenheimer, albeit a wildly different interpretation of the historical figure. In the comic, Robert Oppenheimer actually had a twin brother named Joseph, who proved demented and terrifying. He developed a habit of killing and eating people, gaining their knowledge and experiences. One of the people he did this to was Robert, allowing Joseph to take part in the Manhattan Project under his brother’s name.

While Joseph carried out his own machinations in the physical world, Robert lived on within his evil twin’s mind — eventually leading a revolt to try and take control of their body and brain. The Manhattan Projects is a wild comic, filled to the brim with grisly and memorable takes on the 21st Century’s most important inventors, scientists, and politicians. But things get pushed in a ridiculous direction, featuring plenty of sci-fi storylines.

Ahead of stunning visuals and moral complexities in Oppenheimer, it’s worth checking out Hickman and Pitarra’s bonkers but thoroughly compelling (and endlessly inventive) sci-fi series — which is far from the only sci-fi epic Hickman would write. Exploring themes of the loss of morality in the face of advancement and questions of personal politics over high-minded scientific advancement, The Manhattan Project is a wild reinvention of a historical figure who’s about to get pushed back into the spotlight.