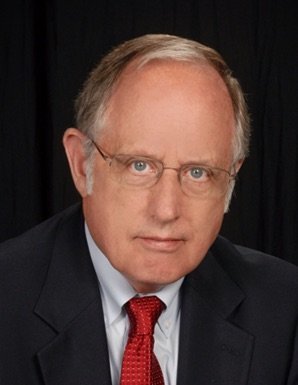 Behind the man researching the Midland nuclear power plant effort

When Midland’s Lee Smith started retiring in the energy business, he got caught in a hook.

It wasn’t the kind of hook a retiree gets when fishing from a river bank or tying up a backyard hammock. Smith, a trained geologist and oil and gas trader who worked for many years with the Midland Cogeneration Venture (MCV), stumbled upon the history of the Midland Nuclear Power Plant.

A twin-reactor nuclear power plant was under construction at MCV’s current location, not far from Whiting Overlook Park on the south side of town. Consumers Energy, then Consumers Power Co., announced plans for the facility in late 1967, which would last several years and cost $ 267 million.

But 17 years and $ 4.1 billion later, the energy giant gave up the nuclear power plant, which was 85 percent complete. It was a story of mistakes, misjudgments, and errors that gnawed at Smith.

In 2016, Smith, then 75 and a consultant, attended an energy conference at Michigan State University. A lecturer mentioned that the Midland Nuclear Power Plant was built on top of a huge peat bog, which in part led to its failure.

That remark would change Smith’s life. He decided he needed to know more.

“It always gnawed at me how they screwed up all of this,” he told the Daily News in a recent interview.

Smith spent much of the next five years researching the failed nuclear power plant and eventually writing a book about it. Today he is 80 years old and his 183-page book “Nearly Nuclear: A Mismanaged Energy Transition” by LeRoy Smith has been published by Michigan State University Press.

Smith had no intention of writing a book when he began his research. He was just curious and looking for answers. He submitted some articles for publication in the Midland Daily News and included their story in his occasional lectures.

“I was giving a lecture and people would later tell me, ‘You really should write a book about it.’ … and by then I had collected so much stuff. “

He said he knew it wasn’t going to be a big money maker.

“No, I never thought I’d make any money at all,” said Smith. “But once I got into it, I couldn’t put it down.”

In 2018 he started putting his information together in a book, which took about three years. In 2020, he signed a contract with MSU Press to publish his work. It became available this September through Amazon and Barnes and Noble.

Smith shares local support for the plant in its early days, as it was believed to provide power for The Dow Chemical Co. as well as thousands of homes in Michigan. The community held one of the largest public gatherings in history with a nuclear rally on October 12, 1971. Hollywood personality Art Linkletter was a guest as a guest.

But in 1979 the Three Mile Island nuclear accident – the worst in US economic history – rocked the world of nuclear energy, and people began to question its long-term viability. In the same year, the fictional Oscar-nominated film “The China Syndrome” about a nuclear power plant accident heated up the debate.

Environmentalists have already questioned the safety of the Midland project, which was built on poorly compacted soil in a flood plain. Two of its main buildings sank and cracks had formed in its security buildings.

The plant shut down in July 1984 when consumers no longer received funding to continue the project.

Smith said he was intrigued by the players involved in the scenario. There were the industrial giants – construction company Bechtel Corp. (the largest construction company in the country), Consumers Power and Dow. And there were local business leaders whose steering committee was chaired by Rev. Wayne North of Midland First United Methodist Church.

There were also the environmentalists, led by Midland’s Mary Sinclair, a “housewife” whom Smith considers one of the pioneers of her kind in the world, and the 30-year-old Flint liberal journalist Michael Moore, who later became an eminent filmmaker.

“It’s about Midland, the people of Midland and how they reacted to the construction of this facility,” said Smith. “Everyone believed they were doing the right thing for Midland.”

Smith said it was important to him to write the history of the facility.

“There are some real business lessons in … a case study of an unsuccessful attempt. … Again and again (consumers) made mistakes, ”he said. “I knew it beforehand, but I was impressed by how complicated things were, the mix of people and the external events that influenced it.”

While Sinclair was abused by some in the local community – spat on in public and shunned her husband’s law firm – she received nationwide attention for the relentless pursuit of her cause. In 1985 she was featured on a segment of the CBS newscast, 60 Minutes.

“Mary Sinclair is a really remarkable woman,” said Smith. “She was an environmentalist pioneer. … She is a wonderful example of what a woman could do in a world where women answered her husband’s name. “

The shell of the nuclear power plant eventually turned into Midland Cogeneration Venture, a large, successful natural gas power plant that went into operation in 1991.

“If it hadn’t been for the plant down, I wouldn’t have had a job here,” said Smith.

He admits that writing a nonfiction book is not the faint-hearted project to tackle in retirement. And he received a lot of support from his wife, HJ Smith, a former English teacher at Jefferson Middle School.

“It’s exciting to do it. I worked on it for a long time, ”he says. “I would only recommend it to someone who is very interested in a topic and willing to invest a lot of time on it. … It consumes you. “