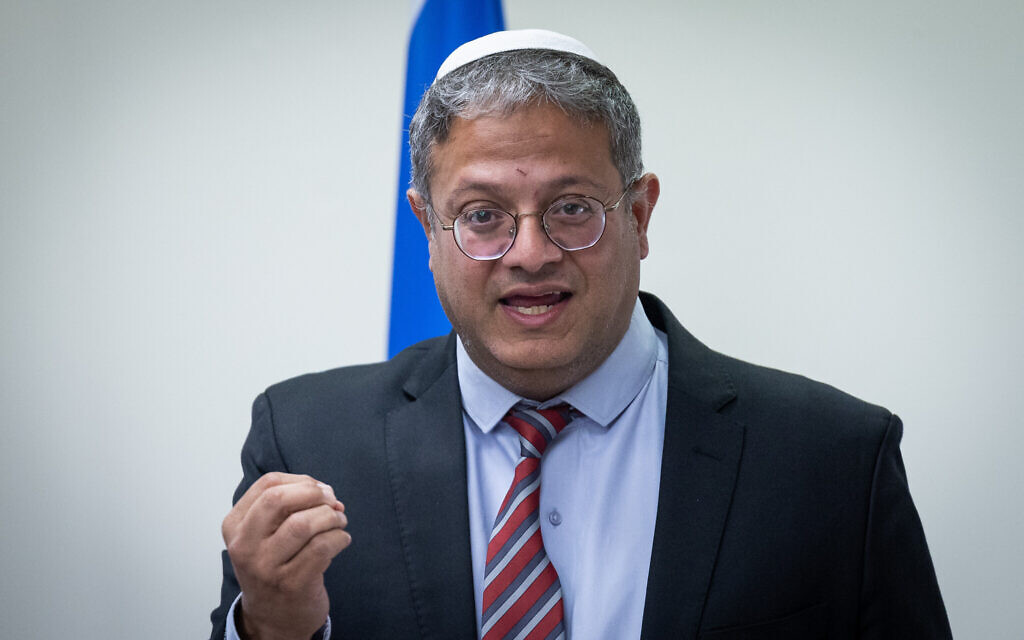 Ben Gvir reissues threat to boycott government if not given Galilee, Negev ministry

Likud releases list of its coalition demands, including judicial reform

Releasing a partial but sweeping list of policy points it plans to push in the next government, the Likud party reaffirmed its commitment to judicial and appointments reform, as well as supporting Jewish settlement in the West Bank and advancing at least two key measures it torpedoed in the last Knesset session.

In a written list of some of its coalition demands released tonight, the party wrote it plans to “strengthen the status of the Knesset and restore the proper balance between authorities, inter alia through the enactment of the Basic Law: The Legislation.”

The party, as well as its far-right and ultra-Orthodox allies in the forming government, support an override clause that will enable the Knesset to reinstate legislation struck down by the Supreme Court.

The party also wrote that it would push legislation needed to advance Israel through the United States’ Visa Waiver Program, a step that Likud held up while the government was collapsing in June, despite personal intervention from the US’s envoy to Jerusalem.

In addition, Likud said it would carry out the “metro plan,” just months after similarly blocking legislation to start a massive public infrastructure project serving the Tel Aviv metropolis.