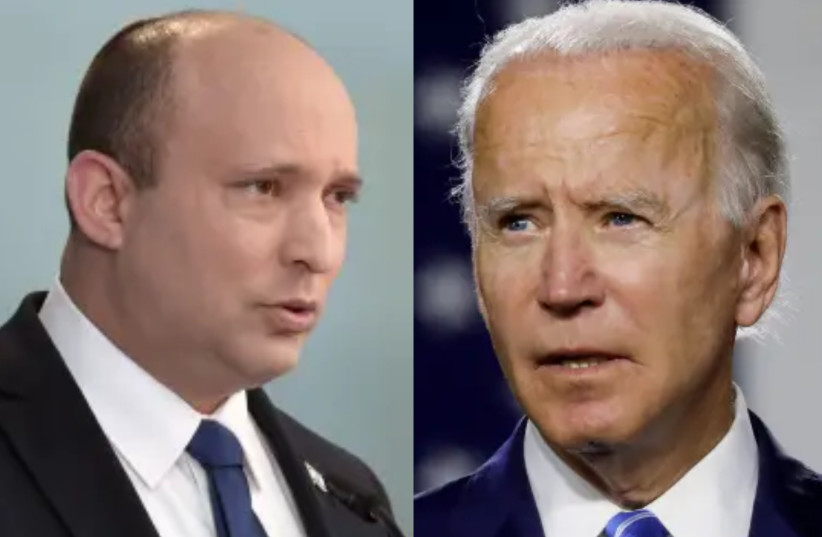 Prime Minister Naftali Bennett said in a Zoom interview with the heads of the Conference of Presidents of the major American Jewish organizations that while there will be no political breakthroughs with the Palestinians during his tenure, he intends to take steps to address the conflict reduce them.

“Everyone understands that we don’t expect a political breakthrough in the near future,” said Bennett.

“There has always been a dichotomy – either stand up for a Palestinian state or do nothing,” said the Prime Minister. “I think in many areas it is possible to reduce the problem, even if it cannot be solved at the moment. If the coronavirus cannot be completely eradicated, will we not do anything? If it is not possible to eradicate all traffic accidents, are we going to do nothing? ”Especially in the economic field – I believe that employment and living in dignity can improve people’s situation. Both sides can take steps to relieve tension and to improve life. “

When asked about the meeting between Defense Secretary Benny Gantz and Palestinian Authority chief Mahmoud Abbas, Bennett said he had no intention of meeting with Abbas because he had filed a lawsuit against Israel with the International Criminal Court.

“As someone who’s in the business world – if someone sues me, I’m not being nice to them,” said Bennett. “Nor do I want to give the Palestinians the illusion that something is not going to happen and then the disappointment that can have negative consequences. That is the current situation and I understand it. We will not take radical steps. We will freeze the building. ” and take steps to stabilize the area. “

Bennett also said in a conversation with Zoom that after his meeting with President Biden, a joint team was formed for Israel and the United States to deal with the Iranian problem. Israeli Prime Minister Naftali Bennett and US President Joe Biden. (Credit: KOBI GIDEON / GPO, LEAH MILLIS / REUTERS)

Bennett noted that his visit to Washington was aimed at re-establishing the bipartisan atmosphere regarding US-Israel relations.

President of the Conference of Presidents of Major American Jewish Organizations, William Daroff, told Walla that the conversation with Bennett that preceded Rosh Hashanah lasted 30 minutes and was warm and helpful.