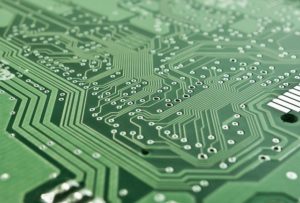 Three technologies from the US Department of Energy’s (DOE) Lawrence Berkeley National Laboratory (Berkeley Lab) have won the 2021 R&D 100 Award and represent innovations in memory and logic chips, next-generation batteries, and radiation detection and mapping.

Presented by R&D magazine, the R&D 100 Awards, selected by an independent jury, recognize the 100 most innovative and groundbreaking technology products of the year from industry, universities and government-funded research. Established in 1963, the R&D 100 Awards are the only science and technology award competition that recognizes new commercial products, technologies and materials for their technological significance, available for sale or under license.

walk here to see all the winners. The three awards this year bring in total Berkeley Lab R&D 100 wins to 108, including two Editors’ Choice Awards. The winners were honored in virtual award ceremonies from October 19-21, 2021.

Below are descriptions of the winning technologies:

Components that go on chips are getting smaller and smaller, but current methods of copying patterns onto wafers are limited in their precision. (Image: Pixabay / Michael Schwarzenberger)

Manufacturers of devices such as smartphones or computers are constantly trying to downsize the components of each system-on-a-chip (SOC) to increase performance and performance without significantly increasing costs. This downsizing is achieved through photolithography, which is the approach that enables mass production by quickly copying the layout of a pattern from a photomask onto a target wafer. The technique is limited by the size of the wavelengths and therefore scaling down requires ever shorter wavelengths.

A new photolithography technology called Extreme Ultraviolet Lithography (EUVL), which uses extremely small wavelength light and is able to pattern very small structures, has recently been used by the largest chip manufacturers, but one of the challenges of the new technology is that The thickness of the mask pattern required to ensure that typical absorber materials are dark enough to block the light sufficiently. Scientists at the Berkeley Lab have developed a new, darker absorber material, chromium-antimony, that results in high-quality nanometer films and can be patterned down to 5 nanometers with a high degree of control and resolution. The invention promises high resolution, single exposure, and cost effective patterning for the manufacture of logic and memory chips.

The cathode in the invention of the Berkeley Lab uses a novel layered oxide material that has grown together with rock salt. (Photo credit: Berkeley Lab / Wei Tong)

The global market for lithium-ion batteries, valued at over $ 30 billion, is expected to double over the next five years, with safe, high-performance batteries being critical to many industries. However, at high voltage, cathode materials currently used in Li-ion batteries degrade and show significantly degrading performance over time, which limits their usefulness in many key applications.

Improved cathode materials could help batteries operate reliably at high capacity, high voltage over repeated cycling without compromising performance, safety, or cost. Scientists at Berkeley Lab have developed a unique cathode material that uses a layered rock salt structure that combines the high capacity of lithium-rich metal oxides, the fast kinetics of a cation-ordered layer structure, along with the structural stability of a cation-disordered rock salt structure. It has been shown that such a material offers high capacity, fast charging time and energy transfer, as well as superior cycling and thermal stability. In addition, the costs of raw materials for the production of layered rock salt-intergrown electrodes are estimated to be significantly less than those of lithium-rich layered oxides, if expensive cobalt is completely replaced by inexpensive iron. This innovation is an example of a new design concept for battery electrodes and opens up a new class of high-performance intergrown cathode materials.

The detection and mapping of radiation sources is critical to international security, nuclear reactor safety and decontamination efforts. Scientists at the Berkeley Lab developed the Platform for the localization and mapping of neutron and gamma ray sources (NG LAMP), the first real-time platform for three-dimensional mapping of gamma-ray and neutron sources. 3D maps can better localize contamination or hotspots in certain areas or objects than 2D approaches used by the current portable radiation imaging systems on the market, allowing for more efficient planning and response.

The NG-LAMP platform uses Scene Data Fusion developed by Berkeley Lab, which provides high resolution 3D nuclear radiation maps with data from sensors on the device (including LiDAR and visual sensors) and radiation data. A software suite developed by Berkeley Lab called the Localization and Mapping Platform combines the data collected by the device, and the onboard processing unit uses the data in real time to create 3D reconstructions of the radioactivity (without transmitting and using sensor data to be carried out). Calculation on an external platform). The 3D maps are then transmitted to the user via WiFi.

The lightweight device is suitable for portable use and for use on unmanned aircraft and ground vehicles. Such a capability can aid the U.S. military, international inspectors, and law enforcement agencies in locating sources of radiation, as well as emergency response and decontamination efforts of nuclear reactors.

/ Public release. This material from the originating organization (s) may be of a point nature and may be edited for clarity, style and length. The views and opinions expressed are those of the author (s). See here in full.

How Bodega Head almost ended up at a nuclear power station