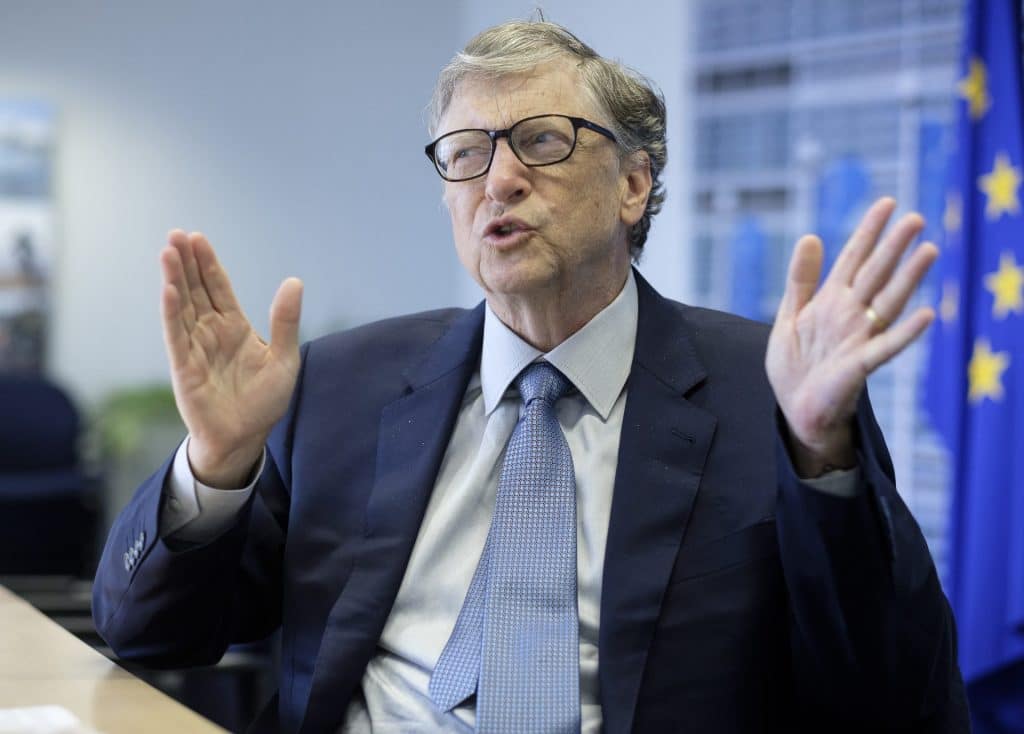 One of the causes of Bill Gates is to replace power plants that run on coal and natural gas with climate-friendly alternatives. This has led the billionaire philanthropist and Microsoft co-founder to embrace nuclear power, and building nuclear power plants to fight climate change is a prospect to be debated. However, Gates was persuaded to support an expensive reactor design that runs on nuclear weapon usable plutonium, and decades of experience have shown it to be expensive, rapidly degradable, and difficult to repair.

In fact, Gates and his company Terrapower are promoting a type of reactor that the US and most other countries abandoned four decades ago over concerns about the proliferation and cost of nuclear weapons.

The approximately 400 power reactors, which today supply around 10 percent of the world’s electricity, are almost all water-cooled and run on low-enriched uranium, which is unsuitable for weapons. Half a century ago, however, nuclear engineers were wrongly convinced that the global resource of inexpensive uranium would not be sufficient to support such reactors beyond the year 2000.

Therefore, work began on liquid-sodium-cooled “brut” reactors, which are operated with plutonium, which generates neutrons in a fission chain reaction that can convert the abundant but non-chain-reacting isotope of natural uranium. 238 in more plutonium than the reactor consumes.

However, mining companies and governments found much more inexpensive uranium than originally projected. The Nuclear Energy Agency recently concluded that the world has reserves of uranium that are more than sufficient to support water-cooled reactors for another century.

And while technologically elegant, sodium-cooled reactors on several levels proved unable to compete economically with water-cooled reactors. Admiral Rickover, who developed the US Navy water-cooled propulsion reactors from which today’s power reactors are derived, tried sodium-cooled reactors in the 1950s. He concluded that they are “expensive to manufacture, complex to use, prone to prolonged shutdowns due to even minor malfunctions, and difficult and time-consuming to repair”. This captures the experience of all efforts to commercialize breeder reactors. The United States, Germany, the United Kingdom, France, and Japan all abandoned their breeder reactor efforts after spending the equivalent of $ 10 billion or more each on those efforts.

Today, despite around 100 billion US dollars for marketing, only two sodium-cooled prototypes of breeder reactors are in operation – both in Russia. India is building one and China is building two with Russian help. However, it is not clear whether India and China only want to generate electricity with their breeders. They may also be motivated in part by the fact that breeder reactors produce abundant weapons-grade plutonium desired by their military to expand their nuclear weapons supplies.

The proliferation risk of breeder reactor programs was dramatically demonstrated in 1974 when India conducted its first blast test of a nuclear weapon design using plutonium made with support from the U.S. Atoms for Peace program for India’s supposedly peaceful breeder reactor program. The so alarmed United States was able to prevent four other countries ruled by military juntas (Brazil, Pakistan, South Korea and Taiwan) at the time from going the same route – although Pakistan found a different route to bombing via uranium enrichment.

It was India’s 1974 nuclear test that brought me up to speed as an advisor to the Carter Administration. Since then, I’ve been involved and contributed to the plutonium policy debates in the United States, Japan, South Korea, and other countries.

After a policy review, in 1977 the Carter administration concluded that plutonium breeder reactors would not be economical for the foreseeable future and called for the US development program to be terminated. After the estimated cost of the demonstration reactor proposed by the Department of Energy increased fivefold, Congress finally approved in 1983.

But the dream of plutonium breeder reactors lived on at the Department of Energy’s Idaho National Laboratory, and during the Trump administration the department agreed to support the construction of a plutonium-powered, sodium-cooled reactor at the INL, deceptively dubbed a “versatile test” reactor. “The VCR is a larger version of INL’s Experimental Breeder Reactor II, which I shut down in 1994 because the reactor was out of mission when I was working in the Clinton Administration White House.

The consortium to build the versatile test reactor at an estimated cost of up to $ 5.6 billion includes Bill Gates’ Terrapower.

Gates obviously isn’t there for the money. But his reputation for seriousness may have helped recruit Democratic Senators Cory Booker, Dick Durbin and Sheldon Whitehouse to join the two Republican Senators from Idaho in a bipartisan coalition to support the Nuclear Energy Innovations Capabilities Act of 2017, who demanded the VTR.

I wonder if any of those five senators know that the VCR is supposed to run on enough plutonium for more than 50 Nagasaki bombs annually. Or that it is a fancy technology. Or that the Idaho National Laboratory is working with the Korea Atomic Energy Research Institute on plutonium separation technology at a time when roughly half of South Koreans want nuclear weapons to deter North Korea.

Fortunately, it’s not too late for the von Biden government and Congress not to repeat the mistakes of the past and zero the versatile test reactor in the Department of Energy’s next budget cycle. The money could be spent more effectively on improving the safety of our existing reactor fleet and on other climate-friendly energy technologies.

What’s the Difference Between Thorium and Uranium Nuclear Reactors?