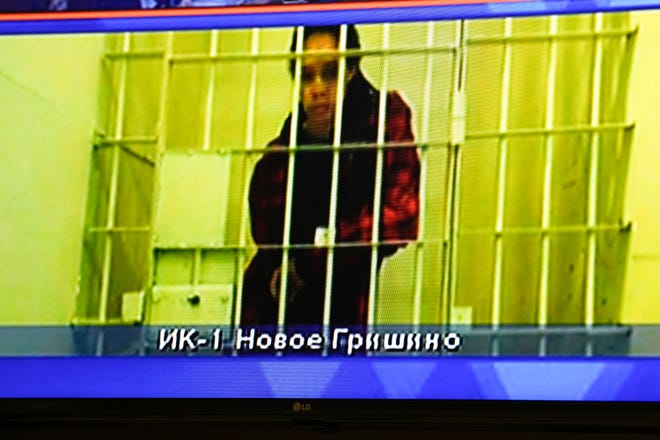 National Security Advisor Jake Sullivan issued a statement saying the Biden Administration is “aware of the news out of Russia that Brittney Griner will continue to be wrongfully detained under intolerable circumstances after having to undergo another sham judicial proceeding today.”

Sullivan said the administration is continuing to talk with Russian officials about a possible prisoner swap. And he lauded Griner’s family for “courage in the face of these unimaginable circumstances.”

Griner, who appeared in a Moscow-area courtroom via video link from a cell at her detention facility, was arrested Feb. 17 after police said they found vape canisters containing cannabis oil in her luggage at Moscow’s Sheremetyevo Airport. Griner, 32, said she had inadvertently packed them in haste and that she had no criminal intent. One week after her arrest Russia invaded Ukraine and US-Russia relations sank to a near-historic low, complicating efforts to free her.

Her lawyers argued Tuesday that the sentence was excessive. Lawyers Maria Blagovolina and Aleksandr Boikov warned earlier that they did “not expect miracles” – and that Tuesday’s hearing ends the legal options. Griner is more likely to be freed via a prisoner swap orchestrated by the Biden administration, which is facing intense pressure to win her freedom.

UKRAINE SHOOTING DOWN DRONES:Up to 85% of Russia’s killer drones reportedly shot down by Ukraine. Live updates

►The Kremlin-backed head of the Russian region of Chechnya has called for destroying Ukraine cities in retaliation for Ukrainian shelling of Russia’s territory. Ramzan Kadyrov said if a “shell flies into our region, entire cities must be wiped off the face of the Earth so that they don’t ever think that they can fire in our direction.”

►German President Frank-Walter Steinmeier arrived in Kyiv for his first visit to Ukraine since the start of Russia’s invasion. He said he wanted to “send a signal of solidarity to Ukrainians.”