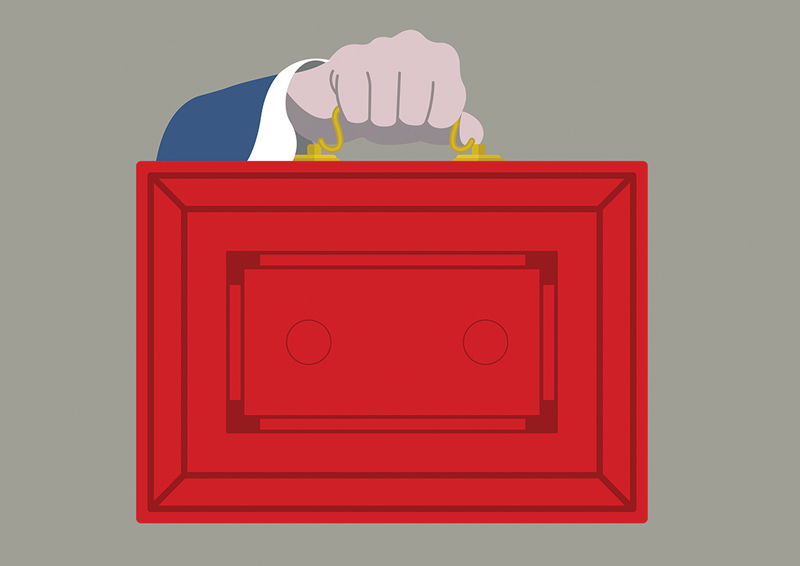 It’s that time of year again!

On Wednesday (March 3), Chancellor Rishi Sunak will dust off the world’s most famous red briefcase and explain where and how the British government plans to spend its coffers.

A year after Sunak’s promise to start an “infrastructure revolution”, this year’s budget announcement is the most important in decades after a year of economic and social misery due to the Covid-19 pandemic and the first budget announcement after the end of the Brexit transition period.

Education and health plans will most likely be the focus, but a Boris Johnson-led government will always support construction and infrastructure. So expect a lot of rhetoric about “better back down”.

And with the COP26 around the corner, you can also expect many commitments for “Build Back Greener”.

Each sector has something to consider, so here’s a speculative sector-by-sector guide on what might or might not come out of Sunak’s red briefcase.

There is a lot to consider when it comes to rail announcements. We are almost a year later since the government decided on HS2 Phase 1, and plans to extend the line to Crewe have now also kicked off.

What’s next is everyone’s guess. What is certain is that the industry needs clarity about the pipeline of mega-projects, with uncertainty creeping in about the future of Northern Powerhouse Rail.

The much anticipated integrated rail plan was due to be released “early” this year, but is still pending and fears that HS2, Northern Powerhouse Rail and the Midlands Rail Hub could be scaled back or mothballed.

In an ideal world, the integrated rail plan would be published along with the budget – and that could well happen. Instead, the Chancellor can allude to the plan and give a clearer picture of the development plans for HS2 Phase 2b, the Midlands Rail Hub and Northern Powerhouse Rail.

Colin Wood, CEO of Aecom for Europe, demands, among other things, that large projects be supported in the budget.

He said, “With projects like HS2 creating thousands of jobs, we are now seeing the impact investing in infrastructure can have on improving our society.

“We need to continue this trend, invest in our rail network, reverse the cuts at Beeching, accelerate the project pace and commit to regional plans like Northern Powerhouse Rail. Investments like these will not just change the way we travel but also reduce CO2 emissions. ” , open up our regions and boost the economy across the UK. “

But it’s not just about the mega-projects.

The rail industry also needs clarity on its improvement pipeline, and this is something that seems far more likely in the budget.

The budget day marks exactly 500 days since the projects to improve the rail network – the list of planned rail upgrades – was last updated by the DfT.

The Railways Industry Association has issued a request “to make the list public as a matter of urgency to allow UK rail operators to plan their work in the short to medium term and to invest in the skills and capital required to deliver effectively are”.

Darren Caplan, Managing Director of the Railways Industry Association, explains: “Rail [must be] at the center of future recovery ”.

“This budget is a great opportunity for the government to provide the UK rail industry with much-needed security after an incredibly challenging 12 months,” said Caplan.

Other possible things to look for:

Since then, flagship projects like the Lower Thames Crossing and the Stonehenge Tunnel have been hit by environmental pollution and planning disputes, while the entire £ 27 billion road investment plan is facing an ongoing legal challenge.

It is unlikely that there will be a huge pot of money for road projects this year. However, expect Sunak to commit to RIS2 again. The Chancellor might even take the opportunity to move forward on planned work under RIS2, as he did in his Autumn Declaration when the £ 1 billion A66 Trans Pennine road modernization schedule was reviewed after a review the government’s Project Speed ​​task force has been halved.

With COP26 at the end of the year, and following Boris Johnson’s 10-point plan to decarbonize the UK, a significant portion of the funding is likely to be used to develop electric vehicles and, more importantly, to expand the infrastructure needed to charge these vehicles.

Local road funding is always worth a look in the budget as road bridges and tunnels are in poor shape in the UK.

In its energy white paper published in December, the government already set out plans to refurbish the energy system and move towards net zero.

It will also consider how to achieve government commitment to 40 GW of offshore wind by 2030, including 1 GW of floating wind, while attracting new offshore wind manufacturers to the UK. It also lists possible funding mechanisms for EDF’s GBP 20 billion Sizewell C nuclear power plant, with the government confirming that it will begin negotiations with EDF on the system.

Against this background, further clarifications on the financing of nuclear projects – including small nuclear projects – as well as further details on plans for renewable energies and wind projects should be noted in the budget of the COP26 climate conference.

While the industry would no doubt welcome a list of potential future programs, Sunak is unlikely to make such a commitment this week.

However, the government has set a goal of ending gasoline and diesel car sales by 2030. Further plans are therefore needed to facilitate the introduction of electric vehicles, with the head of the Energy and Climate Analysis Unit, Dr. Jonathan Marshall, emphasizes the need to “provide the charging infrastructure and tax incentives that can support the move away from gasoline and diesel cars”.

In broad terms, Marshall added that industry will look for “long-term, fully funded measures to decarbonise our electricity grid within a decade” and “rapidly accelerate the slow progress in carbon reduction from heavy industry.” .

The ECIU also stresses that without further policy and government intervention, the UK “will neither meet its statutory carbon targets nor achieve net zero emissions”.

There has been a lot of discussion about the future of airports amid environmental concerns and the decline in passenger demand as a result of the Covid-19 pandemic.

The industry has asked for support following the effects of the pandemic. Karen Dee, executive director of the Airport Operators Association, stresses that airport support is “critically important” in this week’s budget as the restart of international aviation is unlikely to happen before May 17.

She said current programs such as airport vacation and business rate relief should be extended for the full fiscal year, and also called for the budget to “put in place” an aviation recovery package “with short-term crisis funding and long-term connectivity improvement measures.”

A number of airport expansion programs – at Heathrow, Gatwick and Stanstead, among others – are currently pending and while it is unlikely to be clarified next week, the government may announce more new funding for greening aviation.

All against the backdrop of the Climate Change Committee’s Sixth Carbon Budget, which advises the government that an increase in UK airport capacity would have to be accompanied by restrictions at other airports in order not to guarantee a “net increase”.

In November the Chancellor announced that she would set up a new infrastructure bank by spring. The new bank will “support the government’s ambitions to improve and go to zero,” with a mandate expected soon. The bank is expected to support projects that are under development. So expect more details in this year’s budget.

Instead of raising corporate taxes, the Chancellor should use his first post-Brexit budget to create a tax system that would incentivize spending on infrastructure programs and other capital projects, while also helping to position the UK as a place for businesses and individuals want to stay. Invest and grow, according to Lucy Mangan, tax partner at Menzies LLP. The tax breaks that the Chancellor can now change without EU approval include R&D tax breaks and the patent box regime.

In addition to existing carbon targets, the government should consider introducing carbon taxes in areas of the economy where emissions are currently undervalued, the ECIU explains. Carbon pricing remains a politically difficult concept, where a balance needs to be struck between increasing revenues and incentivizing a shift to activities aimed at reducing carbon emissions. New carbon taxes and prices also need to be backed by measures to ensure that the costs do not fall unfairly among the population and that companies in global industries are not penalized.