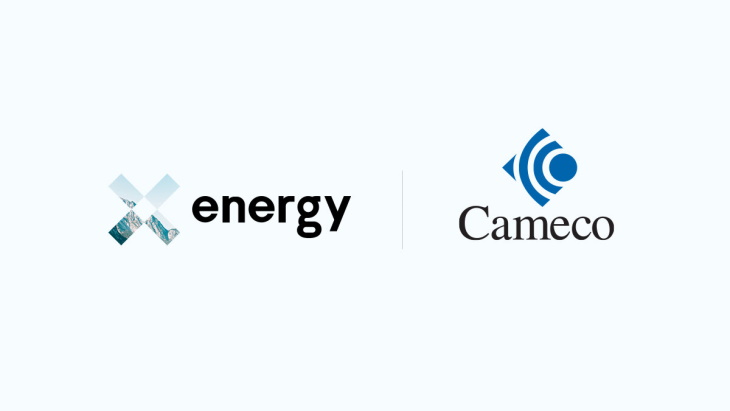 Canadian companies Cameco and X-energy have signed a non-binding, non-exclusive Memorandum of Understanding to explore potential areas of collaboration to explore the potential future deployment, refueling, and maintenance of Xe-100 Small Modular Reactors (SMRs) in Canada and the United States support UNITED STATES.

Cameco President and CEO Tim Gitzel said the company was “very confident” about the future of nuclear power and SMRs. “We intend to be a fuel supplier of choice for the emerging SMR and advanced reactor market and look forward to working with X-energy to see what opportunities may arise around their innovative reactor technology,” he said.

Pete Pappano, president of X-energy’s TRISO-X fuel manufacturing subsidiary, said the partnership with Cameco could ensure a steady supply of fuel for X-energy technology in North America and support its worldwide deployment. “Cameco is a cornerstone of Canada’s nuclear industry and has a global reach,” he said.

The Xe-100 is an advanced Generation IV reactor design based on decades of HTGR operations, research and development, according to X-energy. It was designed for operation as a standard 320 MWe four-package power plant or in units of 80 MWe and is designed to supply electricity systems reliably and load-following at grid level and to be seamlessly coupled with renewable energies. With 200 MWt 565 ° C steam, the Xe-100 is also suitable for other energy applications such as mining and heavy industry.

The US Department of Energy has contracted X-energy to supply a commercial TRISO fuel production plant and a four-module version of the Xe-100 as part of the Advanced Reactor Demonstration Program (ARDP). Construction and operation of a modern commercial-scale nuclear power plant, Energy Northwest. The Xe-100 four-pack reactor plant is scheduled to go into operation in 2027.

The Xe-100 was also selected by Ontario Power Generation as a potential technology for an SMR scheduled to go live in Darlington as early as 2028.

It is currently undergoing a manufacturer design review by the Canadian Nuclear Safety Commission and is also the subject of the cooperation project between the Canadian and US nuclear regulatory authorities for the licensing of SMRs.

“We are working with Canada’s nuclear industry to create an SMR ecosystem that will grow as the large-scale deployment of our Xe-100 design evolves – the ideal technology to advance Canada’s net zero targets,” said Katherine Moshonas Cole, President of X-energy Canada. Working with Cameco “could add value to Canadian uranium to our domestic industries and create future export prospects,” she added.