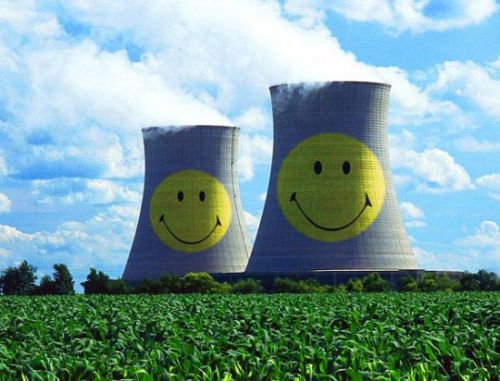 It sounds like something from the distant future or a pipe dream from the 1950s: clean, safe nuclear power with little waste and zero risk of proliferation. While uranium-powered light water reactors were sprouting up all over the world, thorium-powered molten salt reactors were being tested; Research has shown that the thorium cycle could provide safer nuclear energy.

Thorium is a heavy element that is much more abundant than uranium. It has an energy density up to 200 times higher than uranium – and is also cheap. Thorium is an important waste product from rare earth metal mining and, apart from nuclear fuel, is rarely used commercially.

Oak Ridge National Laboratory began working with molten salt reactors in the 1960s. Small test reactors ran successfully for a decade. In 1976, however, the program was discontinued. Theories abound: political problems with the Nixon administration; Honeywell and GE urge to stick with the uranium light water reactors in which they had already invested; and even the fact that the thorium cycle could not be used to make enriched uranium-plutonium by-products.

Brooklyn-based Motherboard recently released a documentary about the history of the thorium reactor. Thanks in part to the Fukushima disaster and increased public interest in reducing fossil fuel consumption, thorium has attracted renewed interest in recent years. China, India, Japan, France, Russia and the USA are currently developing thorium-based reactors with varying degrees of commitment.

Some startups were apparently trying to take advantage of one aspect of the thorium reactor: modularity. One, Flibe Energy, is developing liquid fluoride thorium reactors. As an evolution of the original molten salt design, LFTRs operate on thorium in a molten fluoride coolant. They operate at much lower pressures than light water reactors, which removes a number of packaging restrictions. Flibe claims the liquid fluoride cycle will allow them to build small modular reactors to compete with commercial diesel generators.

A more advanced thorium cycle was developed by Carlo Rubbia, a Nobel Prize winner and former director of CERN. Rubbia’s accelerator-powered system uses a particle accelerator to smash heavy metals with beams of protons, releasing energy in the form of excess neutrons. Norwegian company Aker Solutions bought Rubbia’s patent for the cycle. The company’s 600 megawatt station won the 2010 Energy Award at the Institution of Chemical Engineers’ innovation and excellence awards.

Will US commitment to uranium light water reactors and the uranium fuel cycle prevent the nation from keeping up with India and China and their pursuit of better nuclear technology?