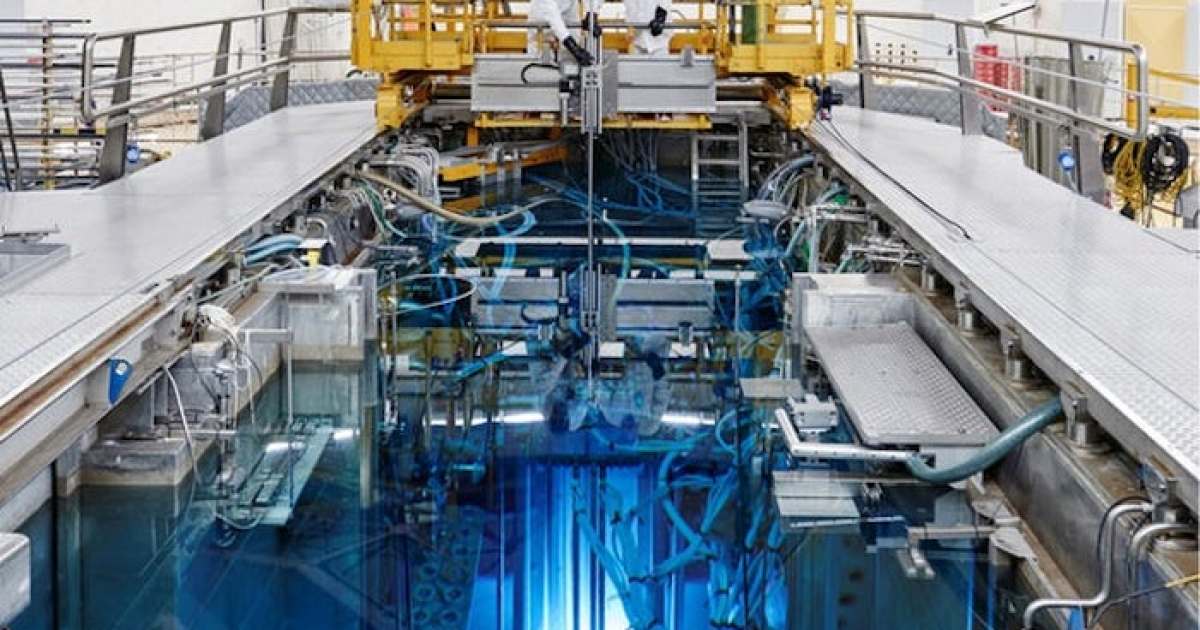 Thorium reactors have long been suggested as a cleaner, safer alternative to conventional nuclear power, and now a new Russian study has added another potential benefit to the mix. Scientists at Tomsk Polytechnic University (TPU) propose a new thorium reactor design that can burn weapons-grade plutonium, which generates electricity and thermal energy, while also disposing of nuclear waste.

Weapon grade plutonium (plutonium-239) is one of the dangerous radioactive by-products of nuclear energy. With a half-life of over 24,000 years, it is difficult to store and dispose of. The substance is still filled with potential energy, but reuse requires chemical processing, which can be expensive and complicated.

Enter thorium. This element is more abundant, cleaner, and possibly more efficient in nature than uranium. Therefore, thorium reactors have long been proposed as an alternative to conventional nuclear reactors. Unfortunately, the characteristics that make it attractive also pose new barriers.

Once things boil in a nuclear reactor, the chain reaction can essentially feed back on itself over and over again. Neutrons hit the core of the fuel source’s atoms (usually uranium), break it down into its constituent parts, and release energy in a process known as fission. Along with the energy, more neutrons are released, which in turn can be used to split other atoms.

The problem is that a self-sustaining cycle can also lead to the most devastating disadvantages of nuclear power. If operators lose control of this chain reaction or fail to keep it properly cool, a core meltdown can result, leading to disasters like Chernobyl and Fukushima.

Thorium alone cannot maintain this feedback loop. That said, it won’t get out of hand on its own, but it needs some other radioactive material to generate electricity. And this is where the TPU study comes into play.

The Russian researchers plan to use weapons grade plutonium to fuel this reaction, which will give the reactor the safety benefits of thorium while disposing of the nuclear waste. According to the team, the reactor can burn almost all of the plutonium, and the waste material produced is a mixture of graphite, plutonium, and other decay products that are no longer a nuclear hazard.

“Large amounts of weapons-grade plutonium were accumulated during the Soviet era,” says Sergey Bedenko, author of the study. “The cost of storing this fuel is enormous and needs to be disposed of. In the US it is chemically processed and incinerated, and in Russia it is burned in the reactors. However, there is still a certain amount of plutonium left. It has to be landfilled for radioactive waste Our technology ameliorates this disadvantage because 97 percent of weapons grade plutonium can be incinerated. If all of the weapons grade plutonium is disposed of, uranium-235 or uranium 233 can be used in thorium reactors. “

The proposed thorium reactor also has other advantages. The plant requires a relatively low input energy of 60 MWt, which makes it up to 50 percent more efficient than other reactors. According to the researchers, waste heat can also be used to desalination of water or to generate hydrogen.

“The main advantage of such systems will be their multifunctionality,” says Bedenko. “Firstly, we efficiently dispose of one of the most dangerous radioactive fuels in thorium reactors, secondly, we generate electricity and heat, and thirdly, with its help it will be possible to develop industrial hydrogen production.”

Thorium reactors have been discussed for almost as long as nuclear power, but the technology has never been successfully developed. With the recent refocusing on green energy, scientists have started experimenting with thorium-based nuclear energy again after 40 years, and this latest development could provide further impetus for the introduction of this energy.

The research was published in the journal Annals of Nuclear Energy.