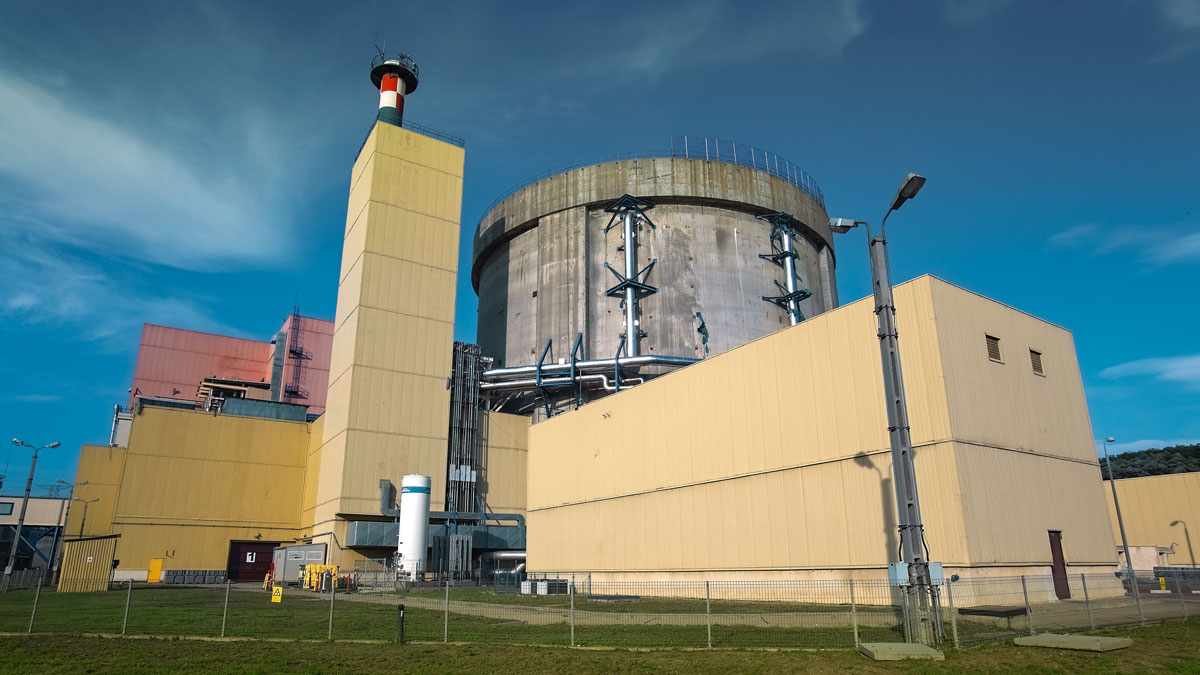 Candu Energy, a member of the SNC-Lavalin Group, has signed a 12-month contract with EnergoNuclear from Romania for € 8.4 million.

” The potential of developing two new nuclear reactors shows that the Romanian government, along with several other of our contracting authorities around the world, recognizes that we are fighting safe, reliable, affordable and low-carbon nuclear energy and, ultimately, the fight against climate change win, ” said Ian L. Edwards, President and CEO of SNC-Lavalin.

This contract follows the signing of an intergovernmental agreement (IGA) between Romania and the United States in 2020 and a letter of intent (MoU) in August 2021 between Romania and Canada to strengthen and further develop cooperation in civilian nuclear energy projects and builds on the 55-year-old Relationship between the two countries in the development of nuclear projects.

“We are excited to expand our relationship with Romania, Societatea Nationala Nuclearelectrica (SNN), EnergoNuclear SA and our US partners for this potential new build project. Romania has been familiar with CANDU technology since the first two CANDU units went into operation in 1996 and 2007 and has been a reliable power source ever since, “said Sandy Taylor, President, Nuclear. “Expanding its nuclear footprint would help Romania meet its net zero carbon commitments.”

As part of the contract, Candu Energy offers engineering services for the preparation and updating of some documentation required for the restart of the CANDU Units 3 & 4 project (including updating the licensing basis, updating the safety design guides, updating the list of safety-related design changes, etc. ).).

The strategy for the continuation of the CANDU unit project of the Cernavoda nuclear power plant, approved in April 2021 by the ordinary general meeting of shareholders of Nuclearelectrica, will be implemented in three stages in accordance with international experience in the construction of nuclear power plants.

The preparatory phase began with the capitalization and operationalization of the project company Energonuclear and has a duration of 24 months, during which technical, legal, financial support and engineering services are commissioned and the necessary studies and evaluations are carried out.

“We are proud to sign the first contract to advance the development of the CANDU Units 3 & 4 Project in Cernavoda. Romania needs new nuclear capacity, a clean, resilient and inexpensive source of energy to meet Romania’s decarbonization goals. In addition to the security and stability of the national energy system, the completion of the new CANDU units will also bring several socio-economic advantages: up to 19,000 indirectly generated jobs, 20 million tons of CO2 are avoided annually, if 4 units are in operation, the contribution of nuclear energy to the total energy generation , at national level: 36%, the contribution of nuclear energy to total energy production without CO2 emissions, at national level: 66%, development of the internal supply chain, other ancillary industries ”, Cosmin Ghita, CEO Nuclearelectrica, mentioned.

“I am delighted and welcome the signing of the first contract that will advance the development of the CANDU Units 3 & 4 Project in Cernavoda. The partnership with the US and Canada will enable our country to meet the decarbonization goals we have adopted. This is an important step and I am very optimistic that in the future we will be an independent, energetic country, ”said Romanian Energy Minister Virgil Popescu.

“The 2020 Intergovernmental Agreement (IGA) between Romania and the United States shows each nation’s shared interest in partnering to achieve energy security and decarbonization goals. The signing of this first contract to complete Units 3 and 4 is an important milestone, supports the goals of the IGA and continues the close ties between our countries in the field of nuclear energy, ”said Deputy Deputy Secretary for Nuclear Energy, Dr. Kathryn Huff.

“Atomic energy is an essential tool on our way to a net-zero economy. It has been a pillar of economic development in Canada since the late 1960s, when the CANDU nuclear reactor technology came into operation. Over the years it has proven to be incredibly reliable and efficient. We were happy to share this know-how with our friends and allies. This year we are celebrating half a century of nuclear cooperation with Romania and 25 years of CANDU success in Cernavoda Block 1, one of the most successful plants in the world. We look forward to continuing this fruitful cooperation with new joint nuclear projects and at the same time achieving our climate protection goals together, ”said HE Annick Goulet, Canada’s Ambassador to Romania.

“We are very pleased with this progress in the commercial agreements for Romania’s nuclear rehabilitation and expansion,” said US CEO David Muniz. “Together with our NATO allies Romania and Canada, the United States is working to provide Romanians with clean, safe, reliable and affordable energy while ensuring that trusted partners contribute to Romania’s vital national and energy security needs.”

The CANDU Units Project is included in Romania’s energy strategy 2019-2030 with the perspective of 2050 as well as in the National Integrated Plan in the field of energy and climate change as a pillar of Romania’s energy independence and the achievement of its decarbonization goals as an EU state. In this regard, Romania signed an Intergovernmental Agreement (IGA) in the field of nuclear energy projects on October 9, 2020, which was also recently ratified by the Romanian Parliament in the whole of Law No. 199/2021 and which has broad support and is adopted with a majority of votes . In addition, in October 2020, the US Exim Bank, through a MoU (Memorandum of Understanding) with the Department of Energy, expressed its interest in financing large investment projects in Romania, including nuclear projects, for a total of $ 7 billion.

These US milestones follow a close nuclear relationship between the two states that began in 1981 when President Reagan approved the first US Exim loan for the Cernavoda Block 1 project.

The contract signed by EnergoNuclear (EN) with Candu Energy includes the acquisition of engineering services for the preparation and updating of the documentation required for the restart of the CANDU Units 3 & 4 project, such as: B. Updating the Basic Licensing Documents (LBDs); Update of the Safety Design Guides (SDGs) previously created for Cernavoda Units 3 and 4 to comply with the LBD and the latest Canadian codes and standards as well as the requirements of the EU Safety Directive; Define the technical services that will be produced in Phases 2 and 3, defining their content in such a way that estimates of the amount of technical services and the complexity of the content of each service can be made; Evaluation Document outlining the key elements of the proposed architectural options for the implementation of Nuclear Power Plant Control (NSP); Update and development of the safety-related design changes that prove that Units 3 and 4 of the project meet the requirements of the Nuclear Safety Directive; Re-evaluation of the existing structures and confirmation of usability for a further 60 years (including post-piping service life) from the commissioning of the units.

“We are very excited to continue our business relationship with Candu Energy and Romania. This project milestone is a significant step towards a clean and sustainable energy future with nuclear reactors, ”said Thomas R. White, Chairman, President & CEO of Sargent & Lundy. “Sargent & Lundy has continuously supported the commercial nuclear power industry since its inception, designing successive generations of new stations and supporting operating facilities around the world. Our nuclear work includes top-level initiatives and the development of cost-effective solutions to support the success of the project. “