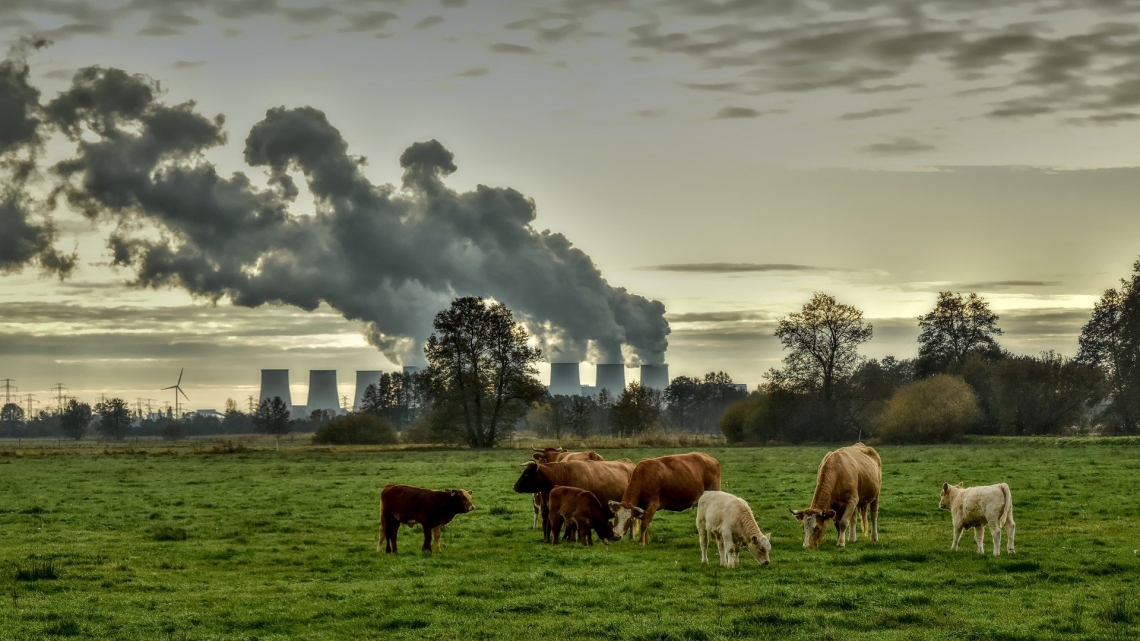 Department of Molecular and Cellular Biology

Methane is one of the most potent greenhouse gases and it is emitted from many sources, such as wastewater treatment plants, cows and fracking sites, to name a few.

Researchers at the University of Arizona and Penn State University are looking to the sea for inspiration on how to capture methane and convert it into energy or valuable chemicals.

Methane is a potent greenhouse gas emitted from sources such as wastewater treatment plants, cows and fracking sites. When comparing methane to carbon dioxide molecules one-to-one, methane is 25 times more efficient at trapping heat in the atmosphere than carbon dioxide, and methane is the second most potent greenhouse gas based on the actual amount released, according to the Environmental Protection Agency.

Bacteria on the sea floor are able to remove methane from their surroundings, entirely without oxygen, through a process called anaerobic methane oxidation. The National Science Foundation has awarded nearly $2 million to UArizona researchers and $1.3 million to Penn State researchers for a joint project to better understand these microorganisms, engineer synthetic versions of them and deploy them in bioreactors for capturing and converting methane.

Ingmar Riedel-Kruse, the project’s lead principal investigator and an associate professor in the UArizona Department of Molecular and Cellular Biology, and Thomas Wood, project co-principal investigator and a professor of chemical engineering in the Penn State College of Engineering, have joined forces to use a specific enzyme – found in microbes at the bottom of the sea – to capture methane. This enzyme was previously cloned by Wood’s lab into easy-to-culture bacteria, representing a first step toward creating scalable biological reactors to harness methane. Riedel-Kruse’s lab recently developed new techniques for adhering these bacteria to each other and to surfaces, which would allow scientists to better culture them inside such reactors.

“The primary goal of this project is to improve and add our engineered bacteria to reactors that are practical and economical enough that we no longer release methane to the atmosphere but instead treat it as a resource,” Wood said. “These small, remote bioreactors will be used to capture methane at its source – fracking sites, landfills and wastewater treatment plants – and immediately convert it into electricity or valuable building-block chemicals that can be used in other compounds, such as alcohols, plastics and things that fuel our cars.”

The fact that the bacteria don’t rely on oxygen is key to the team’s work. To replicate the fermentation of methane by these bacteria, researchers must create an oxygen-free region within the bioreactors. They will use biofilms to control how the bacteria are arranged within the reactor.

“My lab recently developed synthetic adhesins – like glue – to stick bacteria together in a desired three-dimensional configuration,” Riedel-Kruse said. “That will allow us to put multiple different bacterial types into a bioreactor – each at the right place so that different bacteria can optimally collaborate with each other to carry out the desired biochemical reactions.”

The goal is to enable bioreactors that are modular and can be cost-effectively scaled so they can be deployed at the many small and distributed methane sources, such as on farms and wastewater treatment plants. These would complement established refineries, like those used by the fracking industry, that convert methane into gasoline-type compounds at a much larger scale but can cost billions of dollars to build.

The bacteria and techniques developed by Riedel-Kruse and Wood need to ultimately work long term inside a bioreactor, where methane enters on one side and the desired higher-value chemicals leave on the other end. The bioreactor design and testing will be led by Reyes Sierra Alvarezprofessor of chemical and environmental engineeringand Joel Cuelloprofessor of agricultural and biosystems engineering and BIO5 Institute member. Both researchers have expertise in developing and commercializing similar systems.

“Any new technology should also be designed with the end users in mind, and how it can be disseminated in a socially and environmentally responsible manner,” Riedel-Kruse said.

Daniel Fergusonassistant professor of environmental science and director of the Arizona Institute for Resilient Environments and Societies’ Climate Assessment for the Southwest, will lead societal impact research funded by the NSF grant. He will focus on how these and similar technologies could benefit Native American communities and small-scale farmers in the Southwest. He will also assess how the researchers’ work could be applied to communal wastewater treatment plants and large-scale industry.

The grant also includes a teacher training and public outreach component that will be led by Nadja Anderson other Daryn Stover, both assistant professors of molecular and cellular biology. They will train high school science teachers to develop and distribute educational activities that help students learn about microbiology and biotechnologies. The goal is to directly reach 100 high school teachers through two-week summer programs, and then indirectly reach over 2,000 students during the school year. The team aims to reach underrepresented students and plan to extend the training nationwide. Adriana Cimettaan associate research professor in the Department of Educational Psychologywill evaluate these educational activities.

“This is an exciting, complex and important project,” Riedel-Kruse said, “and I am looking forward to the many interdisciplinary discussions with my colleagues, our joint students and the potential future users, where we all will learn a lot from each others.”

“The complex challenges of our future are immense, and they require adaptive and innovative thinking to find solutions,” said University of Arizona President Robert C Robbins. “I am proud of the University of Arizona’s strong history of collaboration continues with this partnership with Penn State University, and I am excited to see how our incredible faculty will work toward making a cleaner and brighter future for all.”

The California energy problem is structural, not political – Utility Dive

> US – Department of Defense