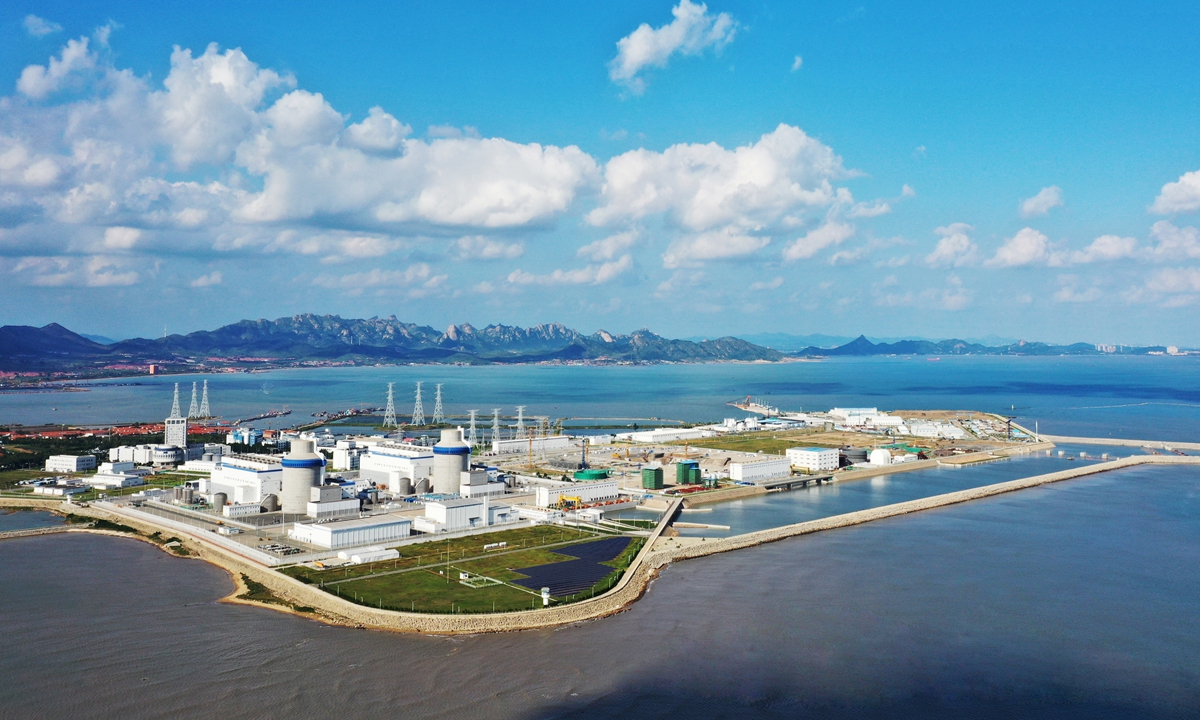 Who is the Communist Party of China (CPC)? What is the CPC’s role in the new era?

The CPC has grown into one of the largest ruling parties in the world in the process of leading the Chinese people in seeking liberation and happiness, making China as strong and prosperous as it is today.

As the CPC ushers the nation into a new era of development, the last decade has witnessed great achievements in national strength and prosperity, with people’s confidence and recognition of this path rising to unprecedentedly high levels.

With more than 96 million members, the CPC concluded its 20th National Congress in October, which realized the goals of unifying thinking, fortifying confidence, charting the course for a new era, and boosting morale. The Global Times is publishing a series of stories to help the world understand the CPC in this new era, through stories from CPC members working on the frontlines of various fields, as well as through observations made by respected scholars.

In this installation, we take a glimpse inside a nuclear power plant and learn a story of its chief operator, the “brain” of the plant, who has witnessed the progress of China’s nuclear power industry in the process of green development while maintaining an excellent Safety record in electricity generated.

Xu Bing is proud that he has made it.

A decade ago, he was still a nuclear power plant operation trainee and was sent to other plants in the country and even abroad for study and practice.

He went through a long and arduous training and examination process, gaining the qualifications necessary to become a nuclear power plant operator at the Haiyang Nuclear Power Plant in East China’s Shandong Province.

Xu has also witnessed a decade of China’s nuclear development. In the last decade, under the leadership of the CPC, the nuclear energy industry has made a series of remarkable achievements. China is ranked top among the world’s nuclear powers, and China’s safety operation performance has maintained international standards of excellence.

Moreover, China has taken the lead in realizing a comprehensive upgrade from second-generation to its home-grown third-generation nuclear power technology, and has made important breakthroughs in research and technology.

“Under the “dual carbon” goal, nuclear energy has become an important option for my country to deal with climate change and ensure energy security,” Xu said.

Remarking on his career path, Xu, who is a CPC member, mused that it is a road less traveled, adding that he was greatly honored to be able to participate in the growth of China’s nuclear power, and make contribution to seeking the development of clean energy.

In China, training a nuclear power plant operator would cost more than a decade in time commitment. Students at the university level learning about nuclear science are usually signed to nuclear companies or power plants. Many of them go abroad for further training.

Xu, now the vice director at the operation office at the Haiyang plant, is in the league of the “golden men.”

Having graduated from Shandong University with a major in electrical engineering in 2007, Xu decided to join the Haiyang nuclear power project.

“Most of my classmates chose grid companies, where the jobs were relatively easy with decent incomes,” he said. “But I like challenges.”

He heard that the project in Haiyang would take on the task to “digest and absorb” China’s third-generation of nuclear technology AP1000 (a nuclear pressurized water reactor using advanced passive safety systems).

He entered the training program which lasted for years.

In the same period, Xu and his peers took more than 100 courses, and as many tests. “The stack of textbooks used may be about the height of a person,” he said.

In 2015, Xu came first place in both the writing and simulator tests in the first examination for AP1000 operators by the National Energy Administration.

During the training, he was also dispatched to other nuclear power plants for practice, including the Tianwan Nuclear Power Plant in East China’s Jiangsu Province and the Nuclear Power Institute of China in Southwest China’s Sichuan Province, as well as power plants in the US which use AP technology.

From novice to becoming the chief operator of a nuclear unit, it took him 13 years in total.

“The journey was difficult. I have seen my good friends quit due to personal reasons or lack of opportunities,” Xu said. “Even though it was a difficult process, it is a testament to my will.”

Unlike what others might think, nuclear accidents are not a taboo subject for nuclear power plant workers.

“We would watch films and other materials about Chernobyl and other nuclear events repeatedly as a lesson,” Xu said, adding “we keep in mind that when it comes to safety, there are no small measures.”

“In our work, you are allowed to make mistakes, but you must report it, so that everyone else can avoid it in the future,” Xu said. “We continue to improve and move toward the goal of excellence.”

China’s nuclear power development has always adhered to the policy of “safety first.” Since 1985, when the first nuclear power plant on the Chinese mainland, the Qinshan Nuclear Power Plant, started construction, China has adopted safe and reliable reactor technology, and learned from the past experiences and lessons of major nuclear accidents abroad to make safety improvements, according to the Xinhua News Agency.

After more than three decades, China has achieved independent design, construction, and operational capability in nuclear power, and entered a new era of safe and efficient development.

Over the last decade, nuclear power production and operation have maintained excellent safety performance. There has never been an operational event rated at level 2 or above by the International Nuclear and Radiological Event Scale (INES), according to a bluebook published by the China Nuclear Energy Association in September.

According to the World Association of Nuclear Operators (WANO), in 2021, 34 nuclear units, or 70 percent of total units in China gained a perfect score on the comprehensive index, the highest ratio in the world.

Eyes on the future

“Living and working at a nuclear plant is lonesome. You have to give up many things, such as a colorful life in big cities,” Xu admitted. “While working, we are divided into three shifts per day. When on duty, we have to stay in the operation room inside the nuclear power unit, where there is no window and we are almost isolated from outside world,” he said.

But he adheres to his choice and is confident about the future. His determination comes from him being a party member.

He joined the CPC while at university 16 years ago. “Combining the spirit of Party members with work could stimulate a strong motivation,” he said. “I give full play of the leading role of a party member and make contribution to my work and the industry.”

Now, Xu has settled down and started a family in Haiyang, devoting his career to the nuclear power industry.

He has seen many meaningful moments in his work.

According to Xu, the company is also working with scientific institutes to transplant some mangrove forests from warmer regions to the nearby coastline around the nuclear power plant, where the water temperature is a bit higher than the rest of the local regions. The attempt is to improve the nearby ecology.

China aims to have CO2 emissions peak before 2030 and achieve carbon neutrality before 2060, Chinese President Xi Jinping announced in September 2020. “China will scale up its Intended Nationally Determined Contributions by adopting more vigorous policies and measures,” he said.

Xu explained that nuclear energy is a relatively stable and clean energy source with relatively little pollution in the entire power generation process. Against the backdrop of the “dual carbon” goal, clean and low-carbon transformation of the energy and power system led by the party has indeed accelerated in recent years.

“As a clean energy source with close to zero emissions, nuclear energy can have a wider space in the future,” Xu said.

ALEX BRUMMER: How to benefit from Brexit – This is Money