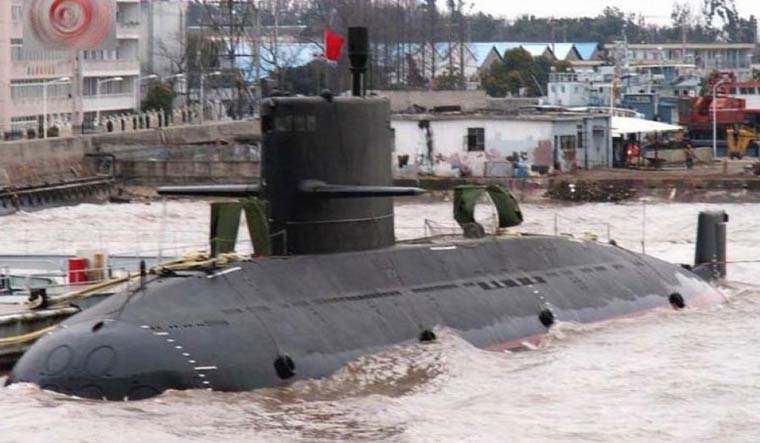 China’s Global Times reported Wednesday that a research facility in the country had developed a new heat engine, which it describes as the most powerful of its kind in the world.

The report claimed that the 711 Research Institute of the China State Shipbuilding Corporation (CSSC) developed the new “Stirling” engine.

What is a Stirling engine?

A Stirling engine is a ‘closed cycle’ engine; that is, the propellant contained therein is not expelled, but is continuously circulated. This is different from the “open cycle” engines used in automobiles, which burn and exhaust propellant.

A Stirling engine converts heat into mechanical energy by moving two or more pistons in cylinders. According to Interesting Engineering: “The gas inside a Stirling engine never leaves the engine. They are repeatedly heated and cooled so that they are never released in the form of an explosive exhaust gas. This regenerative engine has the ability to use the same gas repeatedly to generate electricity; Therefore, a Stirling engine can prove to be much more efficient than the internal combustion engine used in modern vehicles. ”The heat for the engine is provided by an external source such as fossil fuels (gasoline or coal), nuclear, solar, or even Heat from rotting power plants.

Robert Stirling, a Scottish clergyman and engineer, built the first engine of this type in 1816 and patented it. The machine was developed with the aim of competing with the steam engine. In the early 1800s, the steam engine was the most powerful drive available, but it was prone to explosions. The Stirling engine minimized the risk of explosion.

However, the ability of the Stirling engine to change its power output is limited when compared to open circuit engines. Therefore the acceptance of Stirling engines was lower.

Because they lack explosive exhaust gases and they have fewer vibrations, Stirling engines are inherently quieter. This makes them useful for purposes where quiet operation is important, such as propelling submarines. Swedish shipbuilder Kockums (now part of Saab) has developed a Stirling engine that burns pure oxygen and diesel fuel in a pressurized combustion chamber. This system was used as an alternative source of energy for the Swedish Navy’s diesel-electric submarines such as the Gotland-class, which entered service in the late 1990s. In such submarines, the Stirling engine acts as an air-independent propulsion system (AIP) that propels the submarine underwater without the need for its diesel engines to run to charge its batteries.

Kockums has delivered his Stirling engine to the navies of Japan and Singapore. Submarines powered by the Kockums engine have reportedly been diving for up to two weeks.

While fuel cell-based AIP systems are believed to be more efficient and quieter, they have been more difficult to develop and more expensive.

According to reports from the mid-2000s, China’s People’s Liberation Army (PLAN) navy has fitted its Yuan-class diesel-electric submarines with a Stirling engine of unknown power.

According to the U.S. Department of Defense, the PLAN is expected to include 17 Yuan-class submarines from 2021 and 25 of the same class by 2025.

Interestingly, the new class of eight diesel-electric submarines that Pakistan is receiving from China are expected to have AIP, which some experts believe is a Chinese-made Stirling engine.

Stirling engines are seen as a replacement for the steam turbines that generate electricity in most nuclear power plants. Engineers’ Interesting Notes “Liquid sodium could be used as a coolant and water may not be required at all.

NASA has used Stirling engines in spacecraft, in which the decay of radioisotope fuel provides thermal energy. NASA has said that Stirling thrusters attached to nuclear reactors could be a source of power for space colonies.

Global Times explained the characteristics of the new Stirling engine and claimed: “The prototype ran with a nominal output of 320 kilowatts with an efficiency of 40 percent …” In comparison, the Stirling engine in the Gotland submarines is the Swedish one Marine used rated at 75KW.

The report found that the new Chinese Stirling engine “can produce a number of variations to meet power demand, from 100 kilowatts to several megawatts, and is very suitable for development into a portable microreactor power generator which is used in special environments such as polar regions, remote islands and desert regions Gobi. “

Interestingly, the report stated that the new Stirling engine could be used with a “sodium-cooled fast reactor” and possibly on submarines as well.