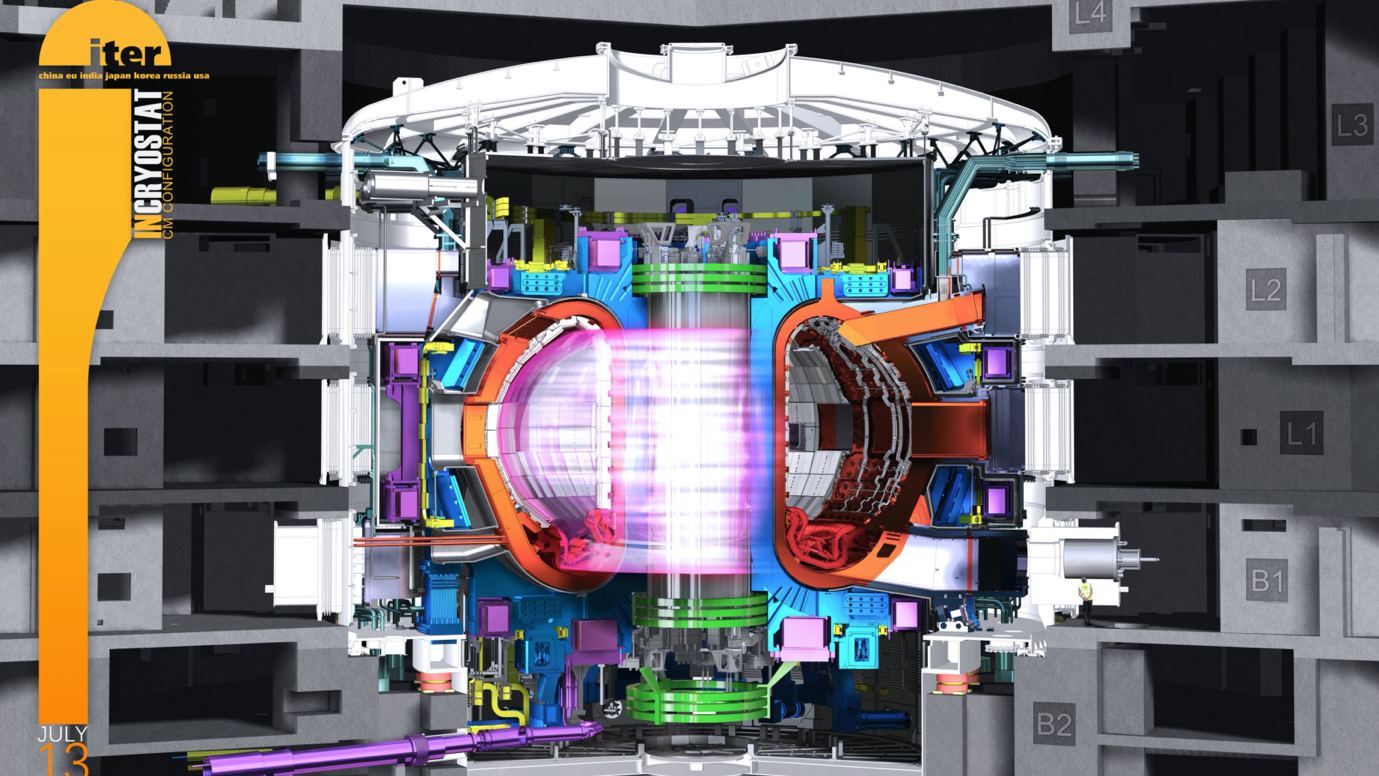 The tokamak and its systems were housed in their concrete house. / ITER

The tokamak and its systems were housed in their concrete house. / ITER

The Southwestern Institute of Physics (SWIP) has officially launched a key project in Chengdu City, the capital of southwest China’s Sichuan Province, to advance the global nuclear fusion experiment.

Researchers say the TBS was designed to verify “tritium breeding” ceiling technologies – the core of tritium self-sufficiency and the future needs of a large fusion power plant. The SWIP informed CGTN that the first batch of TBS components will be delivered to ITER in 2029. 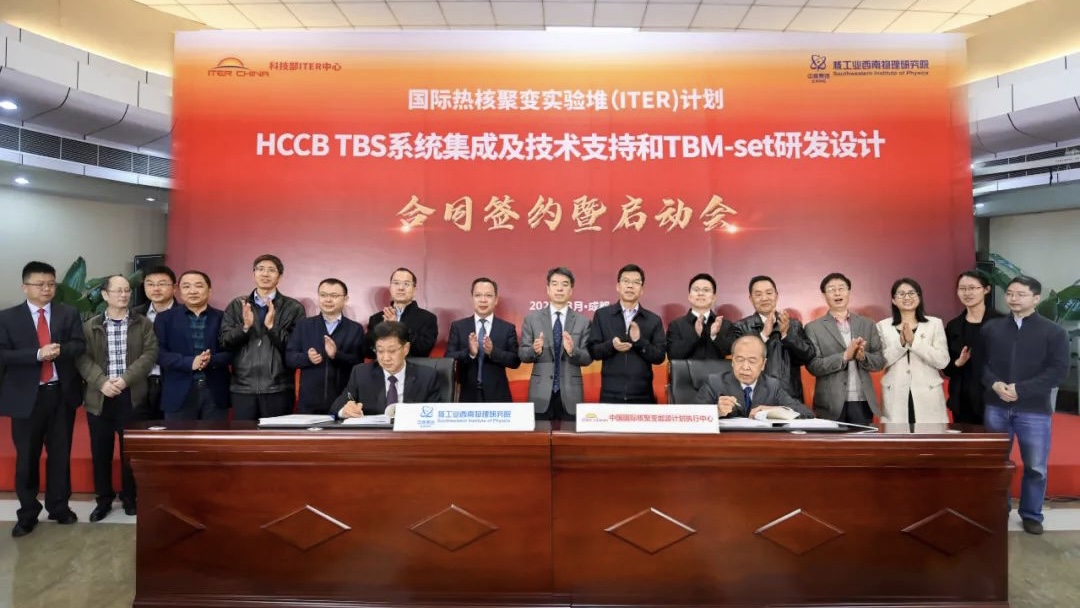 On March 15, a ceremony was held in the southwestern Chinese city of Chengdu to launch the HCCB-TBS project. / SWIP

On March 15, a ceremony was held in the southwestern Chinese city of Chengdu to launch the HCCB-TBS project. / SWIP

Currently, nuclear power plants use the nuclear fission reaction, in which the nucleus of an atom splits into smaller pieces to generate electricity. In nuclear fusion, however, it happens that two or more atomic nuclei with very high energy collide and fuse to form a new nucleus. It releases an energy density that is many times higher than nuclear fission.

The ITER project will use tritium and deuterium, two isotopes of hydrogen, to fuel its fusion reaction. “While deuterium can be obtained in practically unlimited quantities from seawater, the supply of available tritium is limited and is currently estimated at 20 kilograms,” explained the ITER.

According to Wang Xiaoyu, head of the HCCB-TBS project, there is a second source of tritium: tritium can be created in the tokamak, a donut-shaped reactor, when neutrons that escape from the plasma interact with a certain element – lithium, that is contained in the plasma ceiling. “Now fusion scientists have the idea of ​​using tritium breeding blanket to make tritium and generate electricity in a fusion reactor,” said Wang. 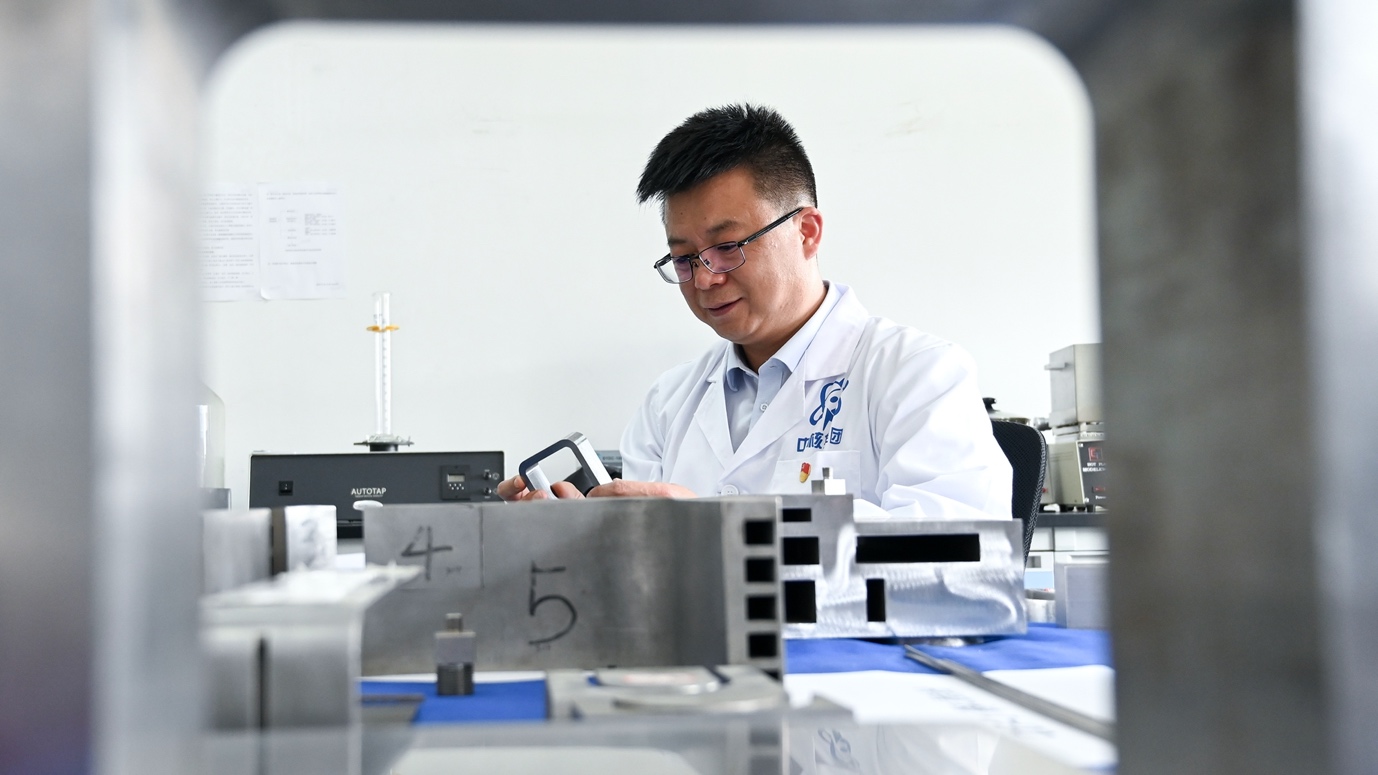 Wang Xiaoyu, head of the HCCB-TBS project, worked for nine years with global scientists in the ITER organization in Cadarache, France. / Wang Yumeng

Wang Xiaoyu, head of the HCCB-TBS project, worked for nine years with global scientists in the ITER organization in Cadarache, France. / Wang Yumeng

The HCCB-TBS project is part of China’s commitment to researching and designing the ITER, which was launched in France in 2006. Scientists from 35 countries have so far participated, including China, the USA, Russia, Japan, South Korea and India.

The aim is to test whether nuclear fusion can produce almost unlimited amounts of clean energy. In practice, a tokamak is used to heat the plasma to 150 million degrees Celsius, ten times hotter than the core of the sun. Because the process is similar to the atomic reaction that powers the sun, it is commonly referred to as the “artificial sun” project. The first phase of the operational test is planned for 2025, and full operation is planned for 2035.

The SWIP, which is affiliated with the China National Nuclear Corporation (CNNC), is one of the main supporting institutes for the delivery of procurement packages to the ITER. Over the decades, the company has worked with domestic partners to implement design and research and development, and develop ferritic / martensitic steel (RAFM) with reduced activation, functional materials, and key component manufacturing process, all of which have contributed to China’s feasibility check HCCB-TBS project. 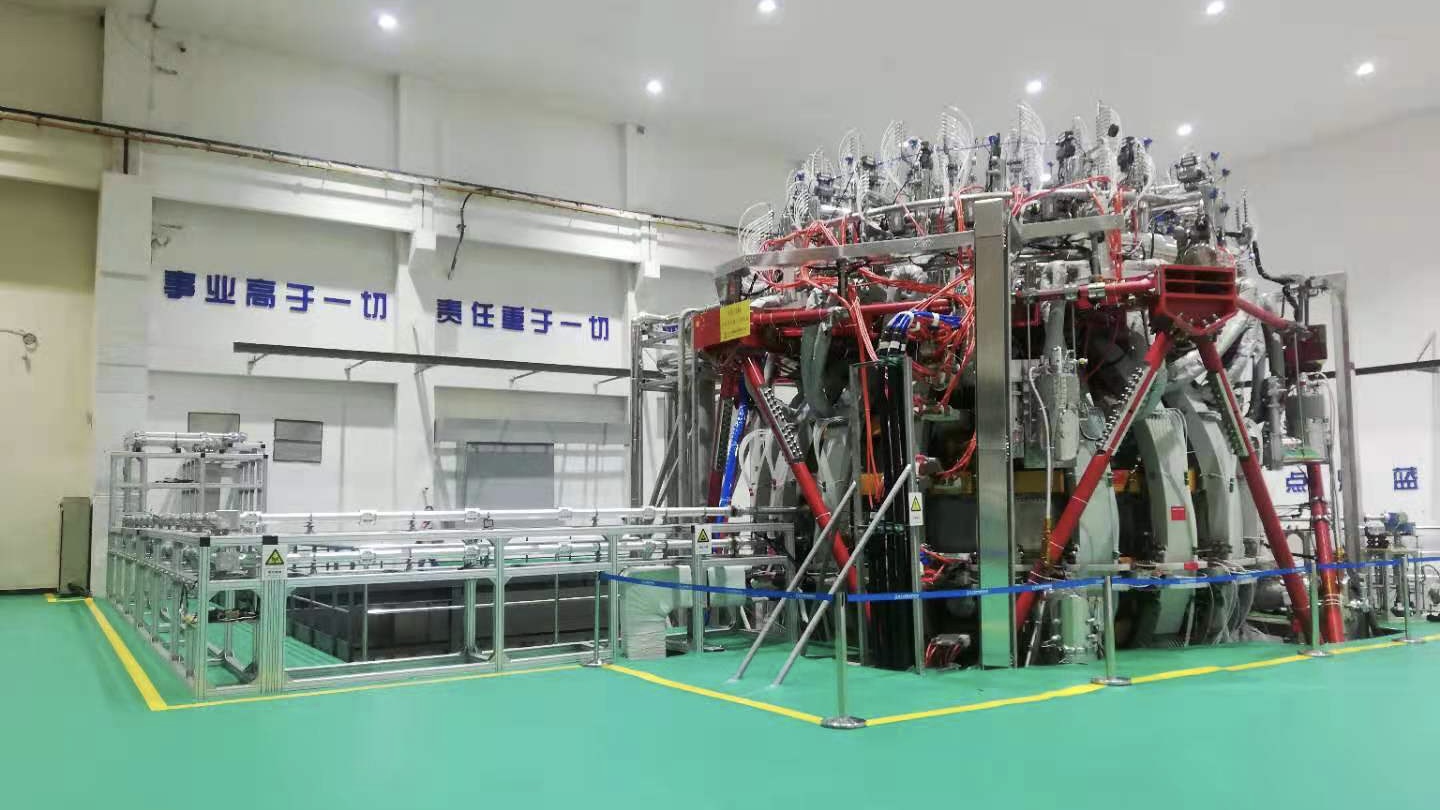 The HL-2M tokamak is a new “artificial sun” that received its first plasma on December 4th, 2020. / SWIP

The HL-2M tokamak is a new “artificial sun” that received its first plasma on December 4th, 2020. / SWIP

In December 2020, SWIP put China’s new generation of the “artificial sun” known as the HL-2M tokamak into operation and achieved its first plasma discharge. It can generate plasma that is hotter than 150 million degrees Celsius and is expected to greatly improve the research and development of key technologies in plasma physics research in China.

Luo Delong, Head of Execution Center for the China International Nuclear Fusion Energy Program, told CGTN that the successful launch of the HCCB-TBS project will provide a solid foundation for future ITER device manufacturing, delivery and testing. “If this succeeds, power generation through fusion will help address all existing human energy issues in a safer and greener manner,” he added.