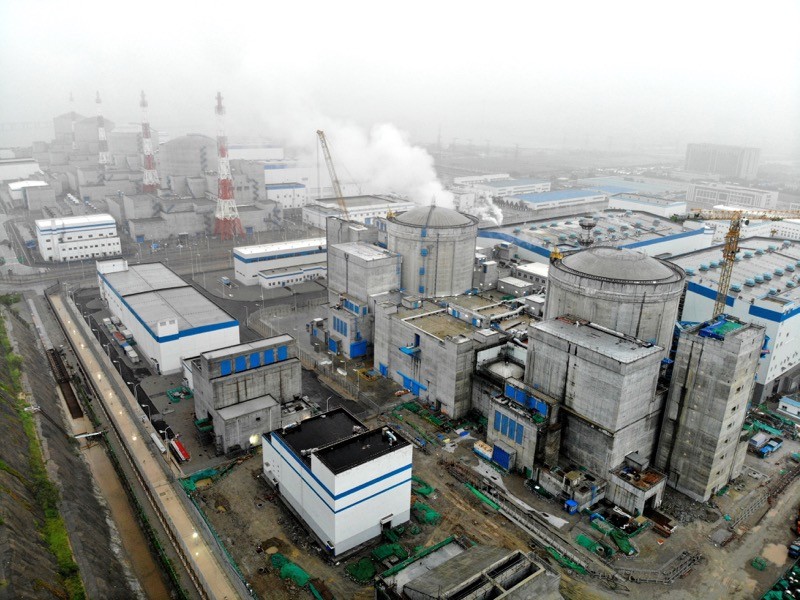 China has more than 50 conventional nuclear power plants like this one, but the experimental thorium reactor in Wuwei will be a first.Photo credit: Costfoto / Barcroft Media / Getty

Scientists are excited to see an experimental nuclear reactor fueled by thorium, which is due to begin testing shortly in China. Although this radioactive element has already been tested in reactors, experts say China will be the first to have a chance to commercialize the technology.

The reactor is unusual in that molten salts circulate in it instead of water. It has the potential to produce relatively safe and inexpensive nuclear power while producing a much smaller amount of very long-lived radioactive waste than conventional reactors.

The construction of the experimental thorium reactor in Wuwei on the edge of the Gobi desert should be completed by the end of August – according to the government of Gansu province, test runs are planned for this month.

Thorium is a weakly radioactive, silvery metal that occurs naturally in rocks and is currently rarely used industrially. It’s a by-product of the growing rare earth mining in China, making it an attractive alternative to imported uranium, researchers say.

“Thorium is much more abundant than uranium, so it would be a very useful technology to have in 50 or 100 years,” says Lyndon Edwards, a nuclear engineer with the Australian Nuclear Science and Technology Organization in Sydney. But it will take technology many decades to materialize, so we have to start now, he adds.

China launched its molten salt reactor program in 2011, investing about 3 billion yuan ($ 500 million), according to Ritsuo Yoshioka, former president of the International Thorium Molten-Salt Forum in Oiso, Japan, who has worked closely with Chinese researchers.

The Wuwei reactor is operated by the Shanghai Institute of Applied Physics (SINAP) and is only supposed to generate 2 megawatts of thermal energy, which is only sufficient to supply up to 1,000 households. But if the experiments are successful, China hopes to build a 373 megawatt reactor by 2030 that could power hundreds of thousands of households.

These reactors are among the “perfect technologies” to help China achieve its goal of zero CO2 emissions by around 2050, says energy modeller Jiang Kejun of the National Development and Reform Commission’s Energy Research Institute in Beijing.

The naturally occurring isotope thorium-232 cannot be fissioned, but when irradiated in a reactor it absorbs neutrons to form uranium-233, a fissile material that generates heat.

Thorium has been tested as a fuel in other types of nuclear reactors in countries such as the United States, Germany, and the United Kingdom, and is part of a nuclear program in India. However, it has not yet proven economical because it is more expensive to mine than uranium and, unlike some naturally occurring uranium isotopes, it needs to be converted into a fissile material.

Some researchers support thorium as a fuel because they say its waste products have less chance of becoming weapons grade than uranium, but others argue that risks still exist. 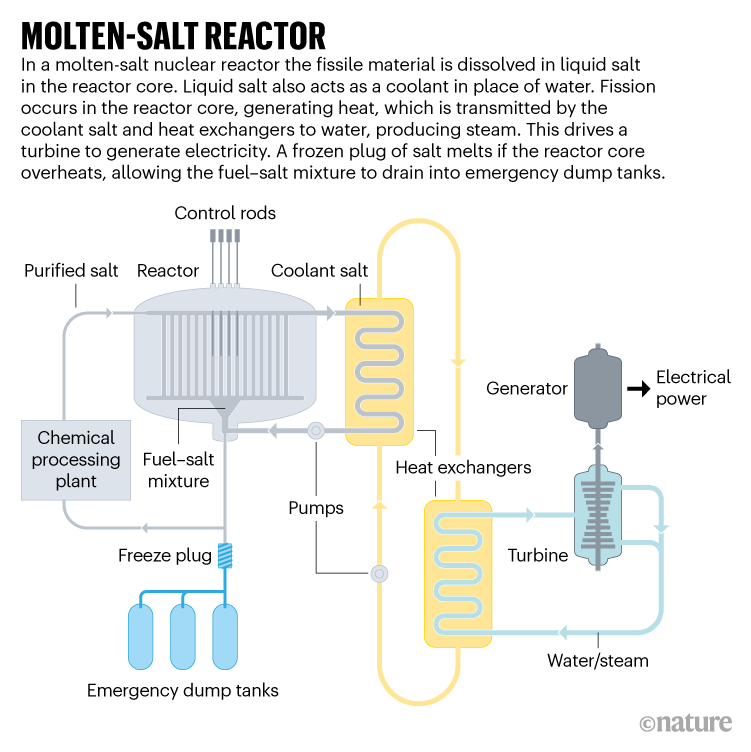 Blast from the past

Researchers in China who were directly involved with the reactor did not respond to requests to confirm the reactor design and the exact start of the tests.

China’s reactor will use fluoride-based salts that melt into a colorless, transparent liquid when heated to around 450 ° C. The salt acts as a coolant to transport heat out of the reactor core. In addition, instead of solid fuel rods, molten salt reactors also use the liquid salt as a substrate for the fuel, such as thorium, which is dissolved directly in the core.

Molten salt reactors are considered relatively safe because the fuel is already dissolved in liquid and they operate at lower pressures than conventional nuclear reactors, reducing the risk of explosive core meltdowns.

Yoshioka says many countries are working on molten salt reactors – to produce cheaper electricity from uranium or use waste plutonium from light water reactors as fuel – but China alone is trying to use thorium fuel. 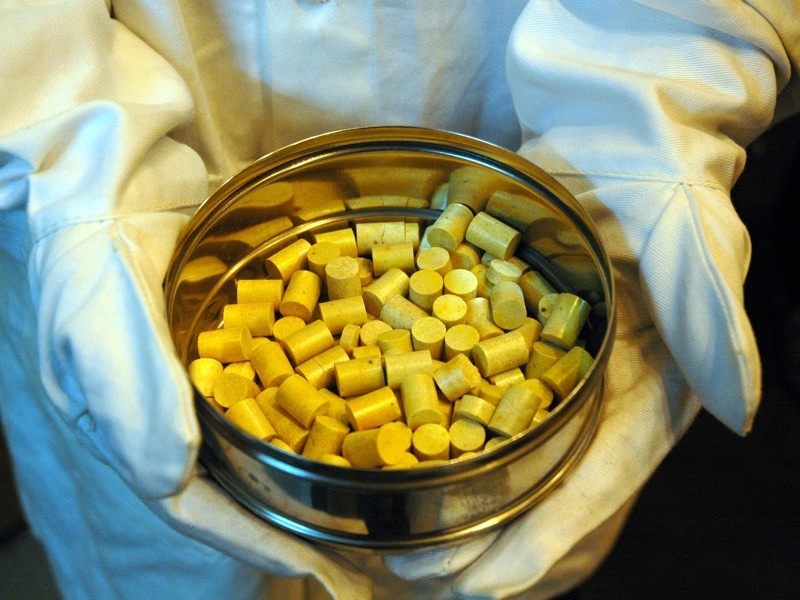 China’s reactor will be “a test ground for learning a lot,” says Forsberg, from analyzing the corrosion to characterizing the radionucleotide composition of the circulating mixture.

“We’re going to learn so much new science,” agrees Simon Middleburgh, a nuclear materials scientist at Bangor University, UK. “If they would let me, I would be on the first plane there.”

It could take months for China’s reactor to become fully operational. “If something goes wrong along the way, you can’t go any further and have to stop and start over,” says Middleburgh. For example, pumps can fail, pipes corrode, or blockages occur. Nevertheless, the scientists hope for success.

Molten salt reactors are just one of many advanced nuclear technologies that China is investing in. In 2002, an intergovernmental forum identified six promising reactor technologies to be accelerated by 2030, including reactors that are cooled with lead or sodium liquids. China has programs for everyone.

Some of these reactor types could replace coal-fired power plants, says David Fishman, project manager at the energy consultancy Lantau Group in Hong Kong. “If China moves towards CO2 neutrality, it could withdraw” [power plant] Boilers and retrofit them with nuclear reactors. “

A victory for app developers in Epic vs. Apple Court Fight – The New York Times