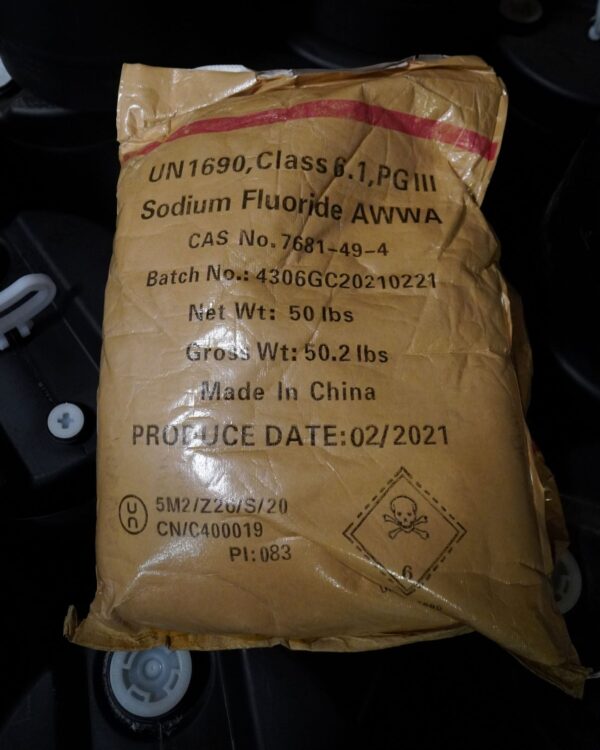 LEXINGTON, Mich.—The discovery that a Michigan town’s drinking water treatment plant has been adding Chinese-made fluoride to its water supply for years has some of its residents upset.

“It’s absurd,” said Steve Stencel, a long-time restaurant owner in Lexington, Michigan. “It’s not good at all, buying our drinking water treatment chemicals from a communist nation that is our enemy. I am surprised that any municipality would buy fluoride for its drinking water from China. Our country needs to know this is happening.”

Fluoride is a chemical added to drinking water to help reduce tooth decay.

The Lexington water plant supplies drinking water to village residents and several neighboring communities. It has just under 3,000 customers.

A downtown clothing shop owner in Lexington said he had no idea Chinese-made fluoride was being added to the water supply.

When he learned of it, he said it gave him cause for concern.

A former water plant employee told The Epoch Times, “While I was working there, I saw the Chinese fluoride in 50-pound plastic bags stacked on the floor. I was surprised and appalled.”

A bag of the Chinese-made granular sodium fluoride, which is added to the community water supply in Lexington, Mich., on Aug. 2, 2021. (Steven Kovac/Epoch Times)

Doug Varty, a residential real estate developer whose new subdivision is serviced by Lexington water, said: “It’s wrong. I’m not comfortable with Chinese-made fluoride. Surely we have American products they can use. Buying American is the way to solve the problem. If they have an alternative, they should buy it.”

Village President Ray Mach of Port Sanilac, Michigan, whose community plans to buy its drinking water from Lexington, told The Epoch Times that the use of Chinese-made fluoride makes him uneasy.

“Look at COVID-19. Remember a few years ago how baby formula was supplemented with melamine in China itself,” Mach said. “We are dependent on China for too many things. We can’t even buy a surgical mask made here anymore.”

In 2008, Chinese-made baby formula products were found to have been purposefully tainted with melamine. The additive boosted the nitrogen content of diluted milk, making it appear to have a higher protein content. Out of 294,000 victims, 59,000 were hospitalized and six babies died of kidney stones and kidney damage.

Walt Badgerow, the supervisor of nearby Worth Township, which buys its drinking water from Lexington, recently passed a resolution banning the township government from purchasing Chinese products if an alternative is available.

“From the moment I learned of the use of Chinese-made fluoride by the Lexington water plant I was appalled,” he said. “In light of the CCP’s [Chinese Communist Party] track record of foisting tainted pet food on our country and selling us toys colored with lead-based paint, I am very wary of their quality control. I won’t drink water with Chinese chemicals in it.” 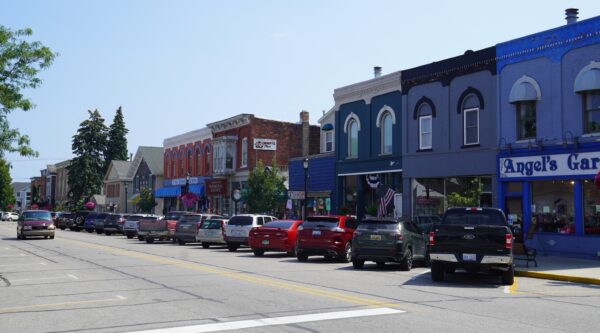 Badgerow was referring to the 2007 Chinese pet food scandal, during which melamine-tainted pet food sickened and killed cats and dogs in the United States. Lead-tainted Chinese-made toys made their way into the United States as recently as 2018, despite protective measures put in place by Congress.

Stencel said that in a previous career, he had direct experience with Chinese quality control. He once demonstrated a strength-testing machine to a Detroit-area truck equipment supplier.

“The supposedly inspected and certified Chinese-made grappling hooks we tested failed before they reached half of the stress load they were certified for. That could kill someone. I can’t trust what’s coming from China,” he said.

Utilities Director Heiden said he relies on a couple of independent international inspection organizations that subject chemicals such as the sodium fluoride Lexington uses to stringent testing as part of the exporting process.

“It may be possible for us to buy American-made granular fluoride. I don’t know,” Heiden said. “Wherever we buy it, it must be NSF approved.” 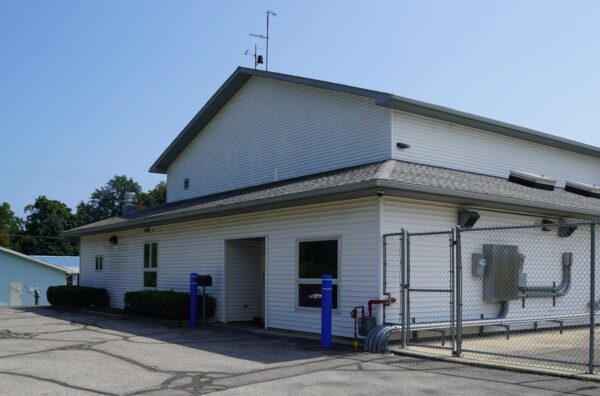 A building housing the drinking water treatment plant in Lexington, Mich., on Aug. 23, 2021. This is where Chinese-made granular fluoride is added to the community water supply. (Steven Kovac/Epoch Times)

Liquid fluoride is readily available from US manufacturers, but Lexington and nearby Port Huron use two different dry versions of the chemical, which are more likely to be imported. Lexington uses a granular form and Port Huron uses a powder form of fluoride.

A worker from the Port Huron water plant told The Epoch Times that they had been using Chinese-made powdered fluoride until the supply chain became so undependable that they switched to a Belgian manufacturer.

The largest producers of fluorosilicic acid are located in the Asia-Pacific region, according to ResearchAndMarkets.com. Some of those producers are Solvay America, Inc., Honeywell International Inc., Napco Chemical Company, American Elements, and IXOM.

According to Michele McRae, a commodity specialist at the National Minerals Information Center, a handful of plants in the United States produce fluorosilicic acid: JR Simplot Co. in Wyoming, Nutrien in North Carolina, and Mosaic Co. in Florida and Louisiana.

With the exception of bottled water used as a consumer beverage, the United States Food and Drug Administration does not regulate additives, such as fluoride, used in community drinking (tap) water. Such regulation is left to state agencies.

“People across Michigan and across America need to be aware of our increasing dependence upon China in some of our most basic and vital functions like our drinking water systems. We can’t trust the CCP. We need to know what our own water plants are using,” Badgerow said.

The Lexington Village and Township Hall is the site of the offices of the village and township government. It also contains the police department and fire department. Aug. 23, 2021. (Steven Kovac/Epoch Times)

PVS Nolwood was recently stripped of its National Sanitation Foundation certification for delivering four drums of sulfuric acid mistakenly labeled as liquid fluoride to the New Baltimore, Michigan, water plant earlier this year. The error was discovered by a workman before the substance was added to the city’s water supply, but a fluoride storage tank and a pump were damaged by the acid. No one was injured.

Mike Bolf of the Michigan Department of Environment, Great Lakes, and Energy told The Epoch Times that PVS Nolwood is currently operating under its certification from Underwriters Laboratories, which Bolf said was “still current and valid,” thus enabling the firm to continue doing business .

“Underwriters has assured us that they have increased their surveillance over the company and are monitoring its corrective action plan,” Bolf said.

According to Heiden, Lexington suspended doing business with the firm and is using an interim supplier.

“We need to find out what corrective measures they (PVS Nolwood) are taking to get back in compliance with NSF,” he said.

According to the CDC, 6.6 million Michigan residents are receiving fluoride through their municipal drinking water. The vast majority of the fluoride is in liquid form and likely produced in the United States.

More than 207 million Americans had access to fluoridated water as of 2018, according to the CDC.

Adding China-manufactured fluoride to US drinking water is “of course” a potential “attack vector” for the communist regime, according to Jeff Nyquist, author and expert on Chinese Communist Party subversion tactics and unrestricted warfare.

“If the Chinese government says, ‘Oh, you make fluoride there for the water for the Americans? Hey, we’ve got an extra little secret sauce for your American fluoride.’ I mean that is certainly possible,” he told The Epoch Times.

One of the things stopping the regime from doing so is the risk of getting caught, Nyquist said.

Is your community’s water system using Chinese-made water fluoridation products? The Epoch Times would like to know about it. Contact us at [email protected]

Steven Kovac is an Epoch Times reporter who covers the state of Michigan. He is a former small businessman, local elected official, and conservative political activist. He is an ordained minister of the Gospel. Steven and his wife of 32 years have two grown daughters. He can be reached at [email protected]