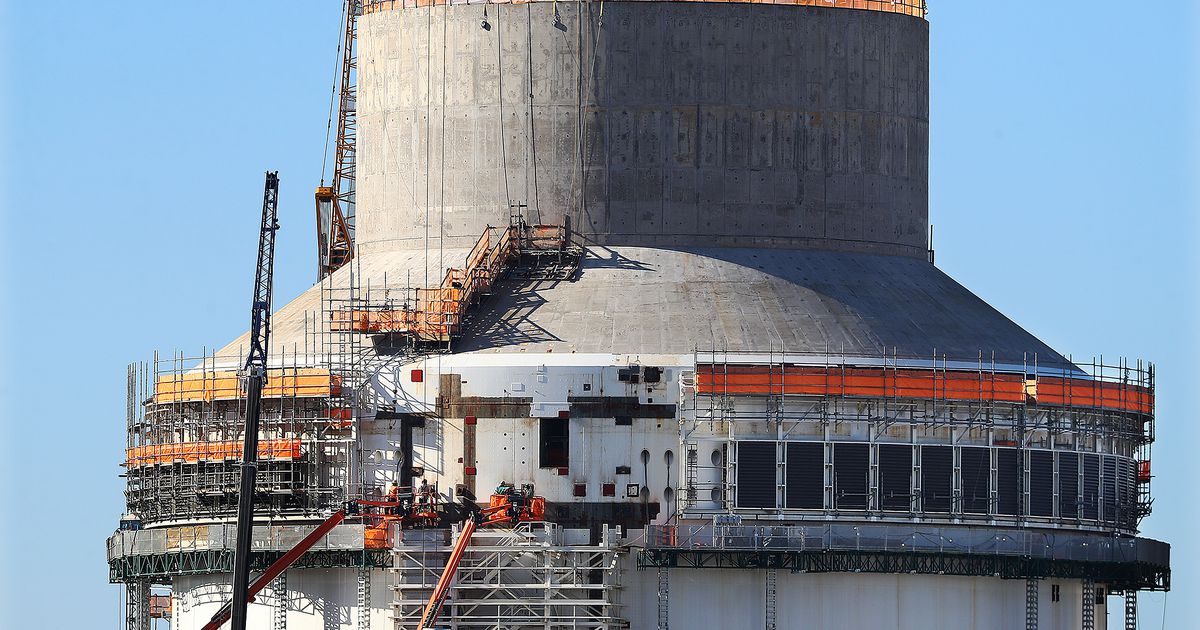 But Georgia Power contends the utility has not hit the exact dollar amount at which it can exercise the option to protect itself from additional costs. Georgia Power has also disputed the validity of a similar action taken in June by one of its other co-owners, Oglethorpe Power.

“We continue to have a difference of opinion in this matter,” Georgia Power spokesman Jacob Hawkins said. “Our focus continues to be bringing the Vogtle units online safely. We will continue to engage with our co-owners productively as we achieve that goal.”

Dalton Utilities, which is owned and operated by the city of Dalton, provides electricity, water, gas and wastewater treatment to around 50,000 customers across northwest Georgia.

The utility owns just 1.6% of Vogtle Units 3 and 4, the smallest share held by any of the project’s four co-owners. Georgia Power currently holds the largest share with 45.7%, followed by Oglethorpe, which owns 30%, and the Municipal Electric Authority of Georgia (MEAG Power), which has a 22.7% stake.

If Dalton Utilities’ move to limit its cost exposure takes effect, the company would see its ownership share in the units reduced slightly, Phillips said.

Last month, Oglethorpe also activated an option to cap the construction costs it will have to pay at $8.1 billion. If the move goes through, Oglethorpe will forfeit 2 percentage points of its stake in the project to Georgia Power, dropping its share from 30% to 28%.

In June, Oglethorpe also filed suit against Georgia Power for breach of contract and other Vogtle cost-sharing claims. Soon after, MEAG Power filed its own breach of contract suit, but has not yet moved to exercise its own option to cap its spending.

Vogtle’s two new nuclear reactors are the first to be built in the country in decades. But the units are more than five years behind schedule, and some estimates show their cost has climbed above $30 billion, more than double what was initially projected.

Georgia Power has said it expects to have Unit 3 operational by late this year or early 2023, with Unit 4 joining it by the third or fourth quarter of 2023.

Once online, Georgia Power says the reactors will generate enough electricity to power one million homes and businesses. And as scientists sound the alarm about the worsening effects of climate change, the plant will produce electricity without contributing greenhouse gas emissions.

Still, state-appointed construction monitors have continued to raise concerns about Georgia Power’s management of the project.

At a recent Georgia Public Service Commission hearing, analysts revealed that a massive backlog of incomplete inspection reports had been allowed to accumulate on the Unit 3 worksite over the past year.

While that outstanding paperwork has since mostly been completed, the monitors estimated the blunder delayed the new reactors’ completion by several months and may have added $500 million to their cost.

Hawkins of Georgia Power said the company has implemented lessons learned from Unit 3 to ensure similar problems do not occur at Unit 4.

“We remain fully committed to getting the job done – and getting it done right – with safety and quality our top priority,” he said.