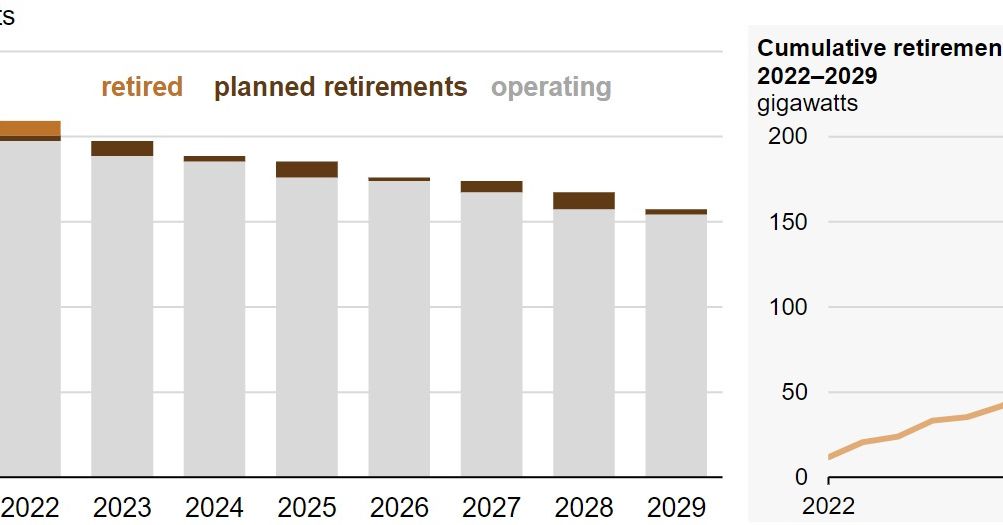 Coal-to-nuclear plans may speed up reactor build in series

December 14 – New nuclear projects, especially first-of-a-kind (FOAK) technology, are expected to be expensive and difficult to plan efficiently as their deployment must also include the creation of new supply chains, the training of a new workforce, and the construction of new infrastructure.

Once the first has been installed and is up and running, developers can make savings with subsequent deployments from installed supply chains, a trained and experienced work force, and ready-built infrastructure.

However, advanced reactor developers must pass the FOAK challenge, a major steppingstone for companies that claim they are manufacturing reactors that can be factory produced cheaply.

Repurposing coal sites is increasingly seen as a way past this initial bump in the road.

In the United States, government subsidies and state adoption of clean energy standards are paving the way for a mass repurposing of coal-fired plants with alternative, clean heat sources slotting into systems that already boast established infrastructure and a skilled workforce.

The US Advanced Reactor Demonstration Program (ARDP) has awarded $160 million in initial funding to TerraPower and X-Energy to build two advanced nuclear reactors that will be operational before 2028 and both have said they are looking at the coal-to-nuclear option.

X-energy said in June it was working with Maryland Energy Administration (MEA) to explore the advantages of repurposing a specific Maryland coal-fired electricity generating facility with its Xe-100 SMR, while TerraPower has already announced a coal site in Kemmerer, Wyoming as the location for their first sodium sodium fast reactor.

Following preliminary studies for the TerraPower Wyoming project, the Bill Gates-founded company announced in October that it was undertaking a joint study with utility PacifiCorp to evaluate the feasibility of deploying up to five additional sodium reactors near current fossil-fueled generation sites.

“For us as a company, it’s a great validation by our customer (PacifiCorp) that they see doing more. And obviously for an advanced nuclear company, to have a line of sight on five or six plants in a discrete geographic region, in terms of our ability to drive down costs over time, it’s massive,” says TerraPower Director of External Affairs Jeff Navin.

The Wyoming plan had been slated to open in 2028, but that deadline is likely to be put back at least two years due to a lack of the fuel required to run it – high-assay low-enriched uranium (HALEU) – which is currently only produced in Russia.

The US Inflation Reduction Act (IRA), which has allocated over $350 billion in climate provisions, has put aside an investment of $700 million to support the development of a domestic supply of HALEU, although it will take time to ramp up supply.

Navin hopes that, if the five additional reactor projects go ahead, construction crews working in Wyoming will be easily dispatched to the second, then to each consecutive plant, taking with them experience gained while, at the same time, helping build a supply chain.

“We think we can really bring the cost of construction down and also give some certainty to our supply chain, so that they’re not going to be just providing one widget, but they’ll have opportunities to provide more and more widgets as well ,” says Navin.

States adopting clean energy standards, the cost-sharing ARDP – which effectively grants the winners 50% off projects – as well as the Investment Tax Credits announced as part of the Inflation Reduction Act (IRA), go toward making TerraPower’s sodium reactor one of the most attractive options for utilities such as PacifiCorp, says Navin.

“That’s important for us because the first plant is by far the hardest. The next thing you must struggle with is getting from plant one to plant five or six and then you can really show that you can drive the costs down. The combination of the demand policies, the clean energy standards driving demand for clean energy and then the new incentives under the IRA make it a lot cheaper to deploy this technology.”

A marriage of old and new

The retirement of coal, the need for a replacement baseload, and the potential marriage of new, advanced nuclear technology with coal plants, was the central theme of a study by the US Department of Energy (DOE) ‘Challenges of Converting Retiring Coal Plants into Nuclear Plants’ published in September.

“I think this is an opportunity for nuclear to get beyond first-of-a-kind projects,” says Director of the DOE’s Gateway for Accelerated Innovation in Nuclear (GAIN) Christine King.

GAIN will be conducting a pilot project with coal stations to investigate the feasibility of repowering the plants with nuclear energy.

“With the accelerated retirement of coal, the partnership of coal and nuclear might be the early adopter market we need to replace firm power which acts like the shock absorber in our grid,” she says.

However, the devil is in the detail, King says.

Nuclear power, especially the new advanced reactors, need to be dragged from the laboratories and Power Point slides, where they currently reside, and into the real world.

“Nuclear has not been built in quantity in quite a while and so the supply chains are atrophied and getting those re-established, getting the factories going again to produce the parts and pieces, that’s where the efficiency and the learning comes in to reduce costs as you build multiple units over a sustained period,” says the National Technical Director for the report at Idaho National Laboratory (INL) Brent Dixon.

Reuse of the existing infrastructure and based on the replacement of a large coal plant of 1,200 MWe generation capacity, overnight nuclear costs of capital could decrease by 15%-35% while regional economic activity could increase by as much as $275 million and add 650 new , permanent jobs, according to the DOE’s September study.

The savings come from power infrastructure, such as transmission, which must also be approved by the nuclear regulatory authorities, but also non-power related buildings and technology.

“Think of the administration buildings, the office buildings, the buildings that don’t have nuclear level quality,” says the lead author of the coal-to-nuclear report and Senior Research Economist at INL Jason Hansen.

“These were major types of components where the cost savings are generated.”

Opinions expressed are those of the author. They do not reflect the views of Reuters News, which, under the Trust Principles, is committed to integrity, independence, and freedom from bias. Reuters Events, a part of Reuters Professional, is owned by Thomson Reuters and operates independently of Reuters News.

Based in Toronto, Canada, Paul writes about nuclear power and hydrogen. Paul began his career as a journalist in Mexico City covering the power industry, economics, and fiscal policy for Market News International, the Financial Times, the Economist, and local English-language publications. In the early 2000s, Paul moved to Madrid, Spain where he worked for Reuters as macroeconomic and political correspondent.

Westminster’s move to block gender bill is ‘full-frontal attack’ on Scottish parliament, says Sturgeon – as it happened – The Guardian