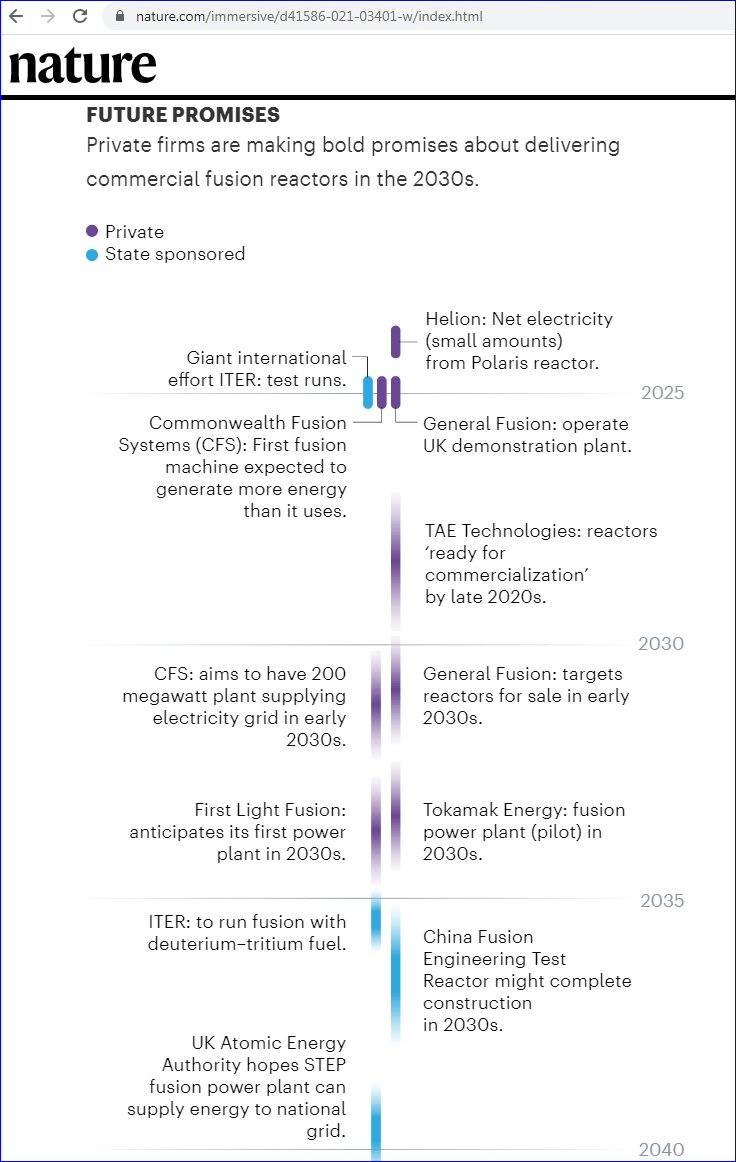 Back to the ITER Power Facts main page

Scientists working on the Massachusetts Institute of Technology and Commonwealth Fusion Systems collaboration have once again misled members of the scientific news media. The latest victim is Philip Ball, a veteran British science reporter.

In a news bulletin dated November 17, 2021, Ball wrote that scientists working with the MIT / CFS collaboration plan to ship “the first fusion machine expected to generate more energy than it consumes in 2025 “.

In fact, the MIT / CFS-SPARC reactor is only designed to create a fusion plasma that produces electricity at a higher rate than it consumes electricity. This measurement does not take into account the input power required to operate the reactor. It’s the same trick that fusion promoters used to sell the idea of ​​ITER, the International Thermonuclear Experimental Reactor.

The intended profit for the SPARC reactor will only apply to the plasma, not the entire reactor, as stated by MIT in a September 8, 2021 press release from David Chandler, who works at the MIT news bureau.

The MIT / CFS collaboration plans to “build the world’s first fusion device that can create and contain a plasma that produces more energy than it consumes,” wrote Chandler. “This demonstration device called SPARC should be completed in 2025.”

However, a few pages later, Chandler wrote that “the successful operation of SPARC will demonstrate that a commercial fusion power plant is fully viable”. Like ITER, SPARC is a zero net power reactor design. Chandler was confused or just wrote what the MIT / CFS scientists told him.

Merger fraud has been going on for decades. Two years ago, fusion scientists told Ball that JET “set a world record for the highest energy to energy ratio. But that was still only two thirds of the breakeven point at which the reactor does not consume any energy. ”

In fact, the 1997 JET experiment only reached a hundredth of the reactor’s break-even point. The input power rate for JET was not 25 MW; it was 700 MW. It’s the same downside: taking plasma gain values ​​and creating the illusion that they are reactor gain values. In the November 17, 2021 Nature article, fusion scientist Ball and his colleagues continued to mislead about ITER. ITER needs 300 to 400 megawatts of electricity to operate, not just 50 megawatts, as Ball thought in 2019.

Ball is still struggling to properly explain ITER. Here’s what he wrote about ITER in the November 17th article in Nature:

[ITER has a] The aim is to continuously generate 500 MW of output – comparable to the output of a modest coal-fired power plant – and at the same time to put 50 MW into the reactor. (These numbers refer only to the energy that is directly added to and extracted from the plasma; they do not take into account other processes such as maintenance needs or the inefficiencies in converting the heat of fusion to electricity.)

Fusion scientists told Ball that the rest of the input power ITER needs is for “maintenance”. You lied. The 300 MW (minimum) are needed to run ITER during the experiments, as plasma physicist Daniel Jassby told the New Energy Times four years ago. If Ball’s sources had correctly explained the projected current account balance to him, Ball would have understood that ITER’s net equivalent power output, if successful, will be approximately zero. That is a little less than the output of a “modest coal-fired power plant”.

The consequences – false hopes among the public, potential fraud among decision-makers and damage to the credibility of science journalism – are grave.

In Balls Chart, his date for the “test runs” of ITER is already out of date. Bernard Bigot, the organization’s general manager, announced in a press release on September 17, 2021 that “the first plasma in 2025 will no longer be technically feasible”. We gave this news to our readers three months earlier.

Journalists jumping on the merger cheerleading bandwagon should study the saga of the con artist Andrea Rossi, who made extraordinary merger claims year after year. Every time one of his gadgets was exposed he would develop a new one and make bigger and bolder claims, always saying that he would soon have fusion power plants for sale. It just delivered hot air and walked away with $ 11 million thanks to the generosity of a dozen investors.

For journalists who want to avoid the pitfalls of reporting on nuclear fusion, I strongly recommend watching my documentary, ITER, The Grand Illusion: A Forensic Investigation of Power Claims.

Letters to the Editor – Boston Herald