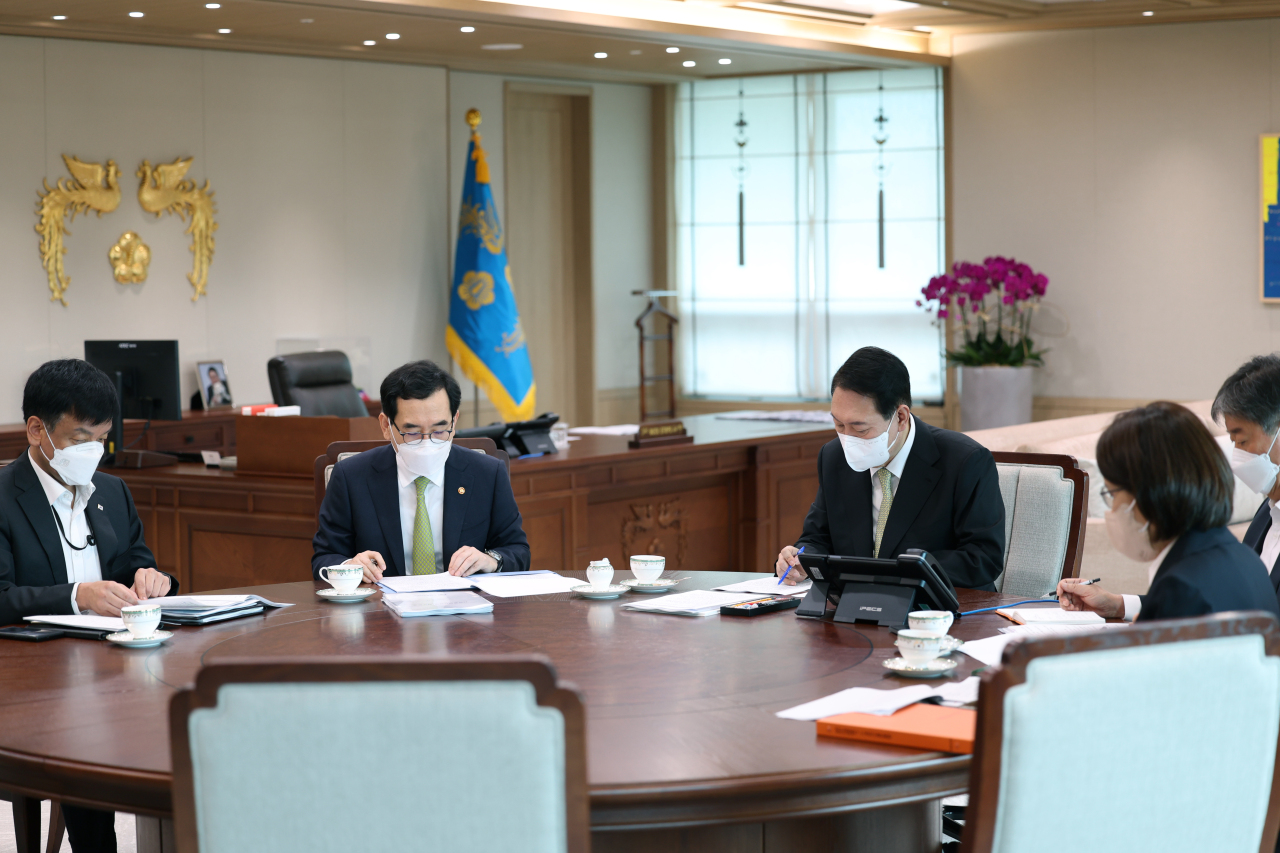 Construction of nuclear reactors in Korea to resume in 2024

SEOUL – South Korea will resume construction of new nuclear reactors in the country’s eastern industrial city of Uljin in the next two years, speeding up its nuclear energy drive announced earlier this month, the energy minister said in a briefing to President Yoon Suk-yeol on Tuesday .

The construction of the Shin Hanul No. 3 and no. 4 reactors in North Gyeongsang Province is set to begin as early as 2024, said Minister Lee Chang-yang, adding that about 130 billion won ($99 million) worth of nuclear energy-related projects will be offered within the year.

The plan is a follow-up on the Yoon government’s shift on nuclear power, reversing the declaration made by the previous Moon Jae-in administration to phase out the energy source. The Shin-Hanul project had been halted under the phaseout plan.

Yoon said his government would raise the share of nuclear power generated to 30 percent or more by 2030.

Similarly, the government plans to foster about 5,000 innovative, energy-related venture startups by 2030, creating more than 100,000 high-quality jobs through the energy-oriented policy.

The Ministry of Trade, Industry and Energy also plans to promote the private sector-led investment projects worth 337 trillion won, which had faced regulatory barriers, by conducting deregulations and offering incentives.

In the policy briefing to the president, the minister said that the government would induce an “investment-led growth,” in which businesses would take the initiative in the nation’s GDP growth.

In a bid to promote investments, the government is moving to ease or remove regulations, which had hampered the private sector’s 27 projects worth 271 trillion won.

After the Yoon administration took office in May, policymakers conducted deregulations over 26 projects worth 66 trillion won.

Collectively, 337 trillion won worth of investment projects will launch implementation in the coming months via ongoing deregulations and incentives, like tax benefits, for the businesses, said the Industry Ministry.

It will also expand state funds for corporate research and development of the energy sector by up to 1 trillion won by the end of the year.

For the development of the overall industry, the ministry will mobilize a budget worth 1.53 trillion won, which will be used for developing a high-quality workforce of 140,000 people by 2026. The workforce project includes bringing 39,000 people into the new industries, 12,000 in the carbon neutrality sector and 39,000 in the industrial cooperation sector.

In particular, worker development will be focused on areas such as semiconductors, rechargeable batteries and futuristic cars, according to the ministry.

It also plans to map out deregulatory measures for mid-sized businesses during the second half of the year, which will involve tax benefits and investment-support funds.

For the commerce sector, the ministry-informed President Yoon of its policy to carry out strategies to bolster the routes of inbound supply amid global disruptions to the supply of raw materials.

Alongside the project for the supply of goods, the government plans to promote trade for high-end knowledge and human resources.

In Yongbyon, activity detected at nuclear waste storage facility for first time since 2016