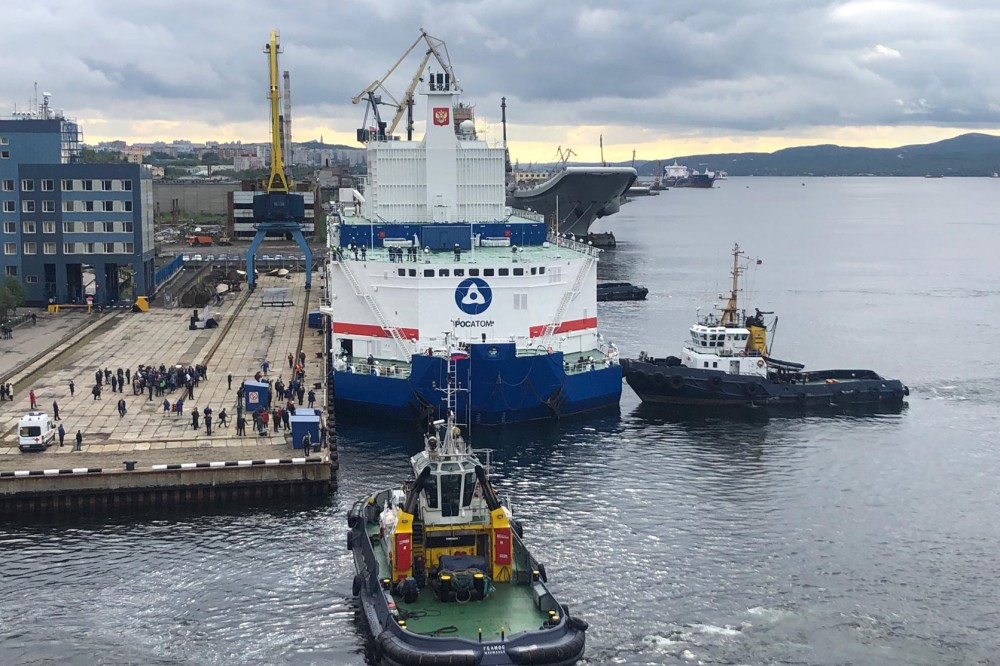 The hull to the first two new floating NPPs will be built in China. This is unlike the “Akademik Lomonosov” whose hull was built in Severodvinsk by the White Sea before being towed to St. Petersburg where reactors and other gear were built.

Atomenergomash, a sub-company of Russia’s Rosatom state nuclear corporation, took part in the keel laying ceremony via a video link from Moscow to the yard in Nantong in the southeastern Jiangsu province.

The barge will be 140 meters long and 30 meters wide and will have a weight of nearly 10,000 tons, Atomenergomash informs.

By the end of 2023, the barge will be towed to Russia where installation of the reactors, auxiliary equipment, control room and accommodation area will take place.

The company doesn’t say which shipyard in Russia this will happen, the Baltiskiy Yard in St. Petersburg or the Zvezda Yard in Bolshoy Kamen in the Far East of the country.

By the end of 2022, a decision will be taken on where to build the hulls for the third and fourth floating NPP.

As previously reported by the Barents Observer, the contract to supply four floating nuclear power plants to Chukotka Autonomous Okrug was signed with Rosatom last year.

Each of the plants will have an installed electric capacity of 106 MW.

While the “Akademik Lomonosov” has two KLT-40 reactors similar to those powering the former Arktika-class of nuclear-powered icebreakers, the new generation now being built will get an upgraded version of the RITM-200 reactors producing more steam to the generators .

The «Akademik Lomonosov» was towed to Siberia from Murmansk in August 2019. Photo: Anna Kireeva

RITM-200 is the reactor type being used onboard the new icebreakers of Project 22220, of which “Arktika” and “Sibir” are already sailing northern waters, while three more currently are under construction in St. Petersburg.

Rosatom hopes the floating NPPs in the Arctic will trigger interest from other countries.

Atomenergomash Director, Andrey Nikipelov, said this new family of NPPs can have different power and purposes; for the Arctic or the tropics.

“Atomenergomash is ready to offer it to the market,” he said underlining that floating NPPs have a “serious potential for exports.”