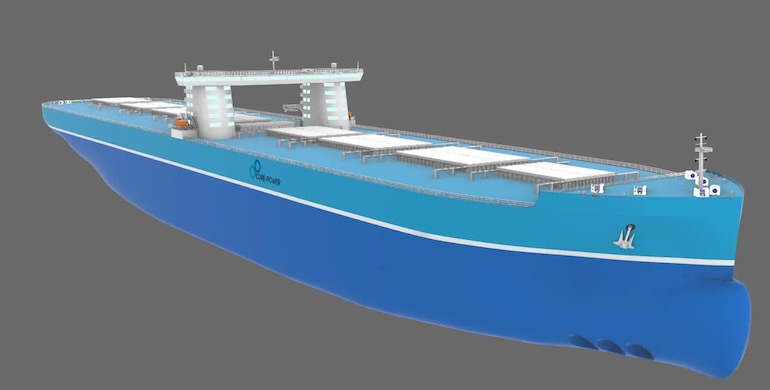 Could nuclear power propel shipping into ‘a new era’?

At a recent webinar on this subject organized by DNV, Core-Power’s Mikal Bøe presented the arguments in favor of nuclear technology, a subject that still causes some disquiet in relation to its application to shipping. But Bøe said that ambient pressure nuclear technologies have the potential to take shipping into a new era.

Core Power is currently engaged in developing molten salt reactor technology for energy intensive desalination facilities sited offshore or mobile units that could be located in regions hit by drought, for example. But there are also other initiatives in the nuclear field, notably Ulstein’s ‘Thor’ concept in which a nuclear-fuelled floating plant would generate electricity for a fleet of expedition cruise vessels operating in remote areas.

Bøe is convinced that nuclear, as a true zero-emission technology, could provide the answer for shipping as the sector struggles to develop alternative fuels with far less energy intensity, that create far more waste, and which have no global supply system. fueled vessels, on the other hand, could be delivered ready fueled for their entire operating lives, and the fuel could then be used in another vessel in the future.

He identified the energy density of the new fuels as a major issue. All are likely to be substantially less efficient than IFO 380 cst, requiring much larger bunker tanks, lower speeds and much higher costs. A small nuclear reactor can supply two hundred thousand times more energy, kilo for kilo, compared with green methanol, he said. What’s more, they would take up much less space, maximize cargo capacity, and with much more power, could facilitate faster sailing speeds.

Meanwhile, during port calls, ships would not need to connect to shore power systems, where available, or create emissions by using their own generators. In fact, quite the reverse; As mini-power stations, they could provide zero-emission electricity to local grids ashore.

On safety, Bøe made the following points. One, the solid state reactors work at ambient pressure and temperature and there is no risk of radioactivity being expelled to the environment in the event of an accident. Two, the liquid fuel is also the coolant and can’t therefore be ‘lost’ in the event of an accident. And there is very little waste because most of it is recycled and consumed as part of the process.

In addition to the one-off supply of nuclear power for the life of a ship across a power range from 20-70 MW, Bøe also described a second technology that is currently under development and could become available within 5-10 years. This consists of a fully containerized micro reactor that operates like a nuclear battery pack.

It is a solid-state ambient pressure and temperature system with no moving parts, he said, which can provide 2-8 MW of reliable power for a period of 8-10 years. The modular system can then be refueled as required.

The arguments are convincing, but the application of nuclear power in shipping faces many challenges, not least – and rightly or wrongly – public perception. Experts also highlight the lack of a robust regulatory framework although some classification societies, notably Lloyd’s Register, has undertaken substantial work in the nuclear field over many years.