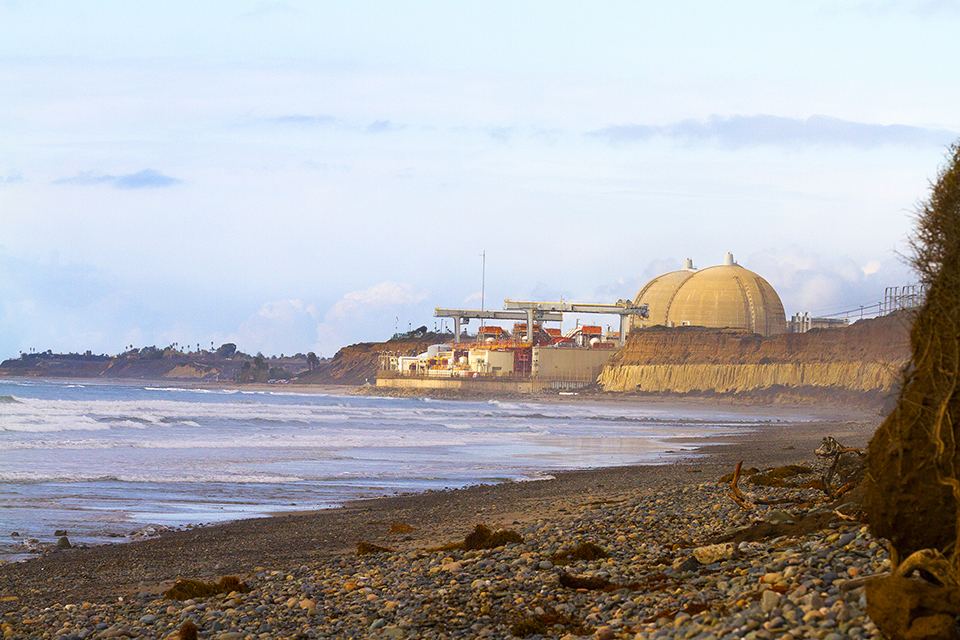 The Wheeler North Reef — among the world’s largest artificial reefs built to mitigate environmental impacts — was constructed off the San Clemente coast starting in the late 1990s as a way to mitigate the harmful impact the San Onofre Nuclear Generating Station was having on local marine life. CSUN marine biologists Kerry Nickols and Mark Steele have been awarded a grant by the California State University Council on Ocean Affairs, Science and Technology (COAST) to help the state of California determine how artificial reefs influence fish populations. Photo by MCCAIG, iStock.

The Wheeler North Reef — among the world’s largest artificial reefs built to mitigate environmental impacts — was constructed off the San Clemente coast starting in the late 1990s as a way to mitigate the harmful impact the San Onofre Nuclear Generating Station was having on local marine life.

Though the nuclear plant shut down in 2013, the California Coastal Commission concluded that the artificial reef was not adequately offsetting damage the plant’s effluent had done to the area’s marine ecosystem. In 2019, the plant’s operator, Southern California Edison, expanded the reef from about 175 acres to more than 380 acres — in hopes of completely restoring the marine habitat.

“The Wheeler North Reef is the perfect site to study this question,” Nickols said. “Since 1999, when construction on the reef first started, local marine life on the reef has been consistently monitored, including during the two stages of expansion and after.

“We are going to use that data to answer some really key questions about how different species at the reef arrived over time,” she continued. “Were they just drawn to the reef because it was a new structure? Or, did they actually stay there and produce more babies, which led to there being more fish overall? We are going to use a combination of the data that’s been collected as part of the monitoring program, as well as some populations models, to test some really specific hypotheses around attraction versus production taking place at this artificial reef over time.”

The results of the study, Nickols said, will provide state officials valuable information about the roles artificial reefs can play in efforts to protect and restore marine ecosystems — from kelp forests and other sea life habitats to the tide pools families like to explore during visits to the beach — along California’s coast.

Nickols noted that Steele has spent years working alongside researchers with the University of California, Santa Barbara, monitoring the impact of the Wheeler North Reef.

“The data set collected over the last 20-plus years by UCSB and CSUN researchers on artificial reef function is unprecedented in detail and replication,” Steele said. “This new funding from COAST gives us a fantastic opportunity to use these hard-won monitoring data to explore fundamental questions about what makes artificial reefs work best for fishes, which should allow us to make some policy recommendations for future reefs.”

This latest project builds on the work Nickols and Steele have been doing, measuring the effectiveness of marine protected areas (MPAs), areas designated as no-fishing zones in the waters off the coasts of the United States to help protect and restore damaged marine habitats by overfishing.

Nickols was co-author, with colleagues at Oregon State University, of a recently published study in the journal Frontiers in Marine Science that identified significant gaps in the United States’ ocean protections — leaving critical marine systems and the coastal economies that depend on them vulnerable to unprecedented ecological pressures and posing a challenge to meeting conservation goals laid out in the Biden Administration’s “America the Beautiful” initiative. The initiative called for a 10-year, locally led and voluntary nationwide effort to conserve the country’s lands, waters and wildlife.

Nickols noted that her own research and Steele’s have shown that MPAs are effective in restoring marine ecosystems.

“The problem is, we’re not acting fast enough to designate areas as MPAs if we’re going to meet national and international goals. Protecting and restoring marine ecosystems is important not just to marine life but to the sustainability of so many of our coastal communities,” she said.