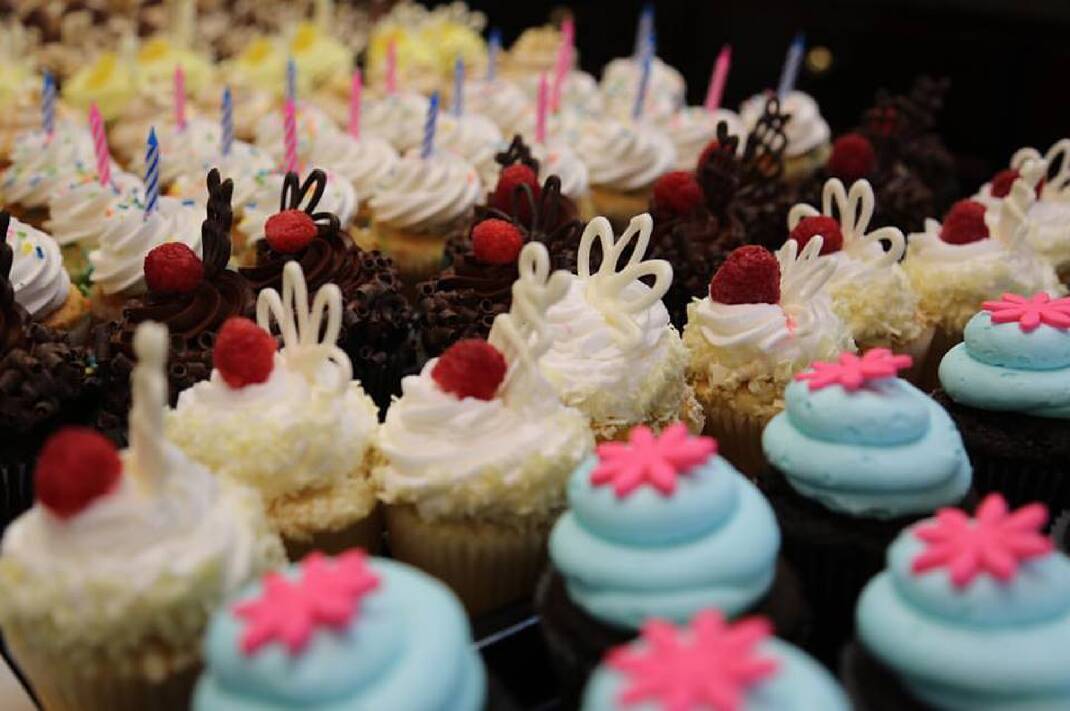 Chattanooga’s Cupcake Kitchen on Friday started offering some of its products in a vending machine at Hamilton Place mall with plans for a grand opening of the unit on Saturday.

Helene Grzybowski, the owner of the business, said the cupcake vending machine is located outside of Dillard’s women’s store.

On Saturday, the business will offer prizes hidden in the machine such as T-shirts and free cupcakes at its Broad Street bakery, she said in a telephone interview.

“We’re stocking it every day,” Grzybowski said. “Everything comes pre-packaged.”

The vending machine is a first for the business and the idea of ​​her daughter, she said, adding that all transactions are via credit card.

“It’s a way for us to expand without having to go to … the expense of another storefront,” Grzybowski said.

Holtec is moving forward on a $7.4 billion plan to build up to four small modular reactors at a reactor factory in New Jersey.

Holtec is among the handful of companies racing to develop small-scale nuclear reactors. The Tennessee Valley Authority is partnering with an Ontario, Canada utility to develop another small modular reactor design known as the GE Hitachi BWRX.

Holtec said in the release that Entergy Corporation, which operates nuclear power plants, signed a memorandum of agreement with Holtect to evaluate the feasibility of deploying one or more SMR-160s. Entergy operates nuclear reactors at five sites in the US Southeast and Nebraska.

“The new giga-manufacturing facility, to be built at a yet unidentified location, will be a much larger version of the modern heavy fabrication plant on Holtec’s Camden technology headquarters,” the company said. “Holtec plans to build the new facility, tentatively named Holtec Heavy Industries, to materially improve America’s nuclear manufacturing capacity, and to make it available to other nuclear plant suppliers with capital hardware needs.”

The Tennessee College of Applied Technology (TCAT) at Chattanooga State Community College, in partnership with Associated General Contractors of East Tennessee (AGC) and Hamilton County Schools (HCS), has announced a Construction Career Center Enrollment Day for adult students on Tuesday, July 26 from 9:30 am to 4 pm at the All Good Coffee Shop, 2420 Glass Street in Chattanooga.

The new Construction Career Center was developed to provide a new vocational training center for the construction trades.

“The school’s new Workforce Development Director, Susan Cowden, will be onsite to share more information about the program and to navigate prospective students through the enrollment process,” said Leslie Gower, CEO of AGC East Tennessee.

Classes are scheduled to begin Aug. 5 at the Chattanooga TCAT. Students will receive 1500 hours of classroom and hands-on training in the construction trades, OSHA 10, work-based learning opportunities, job site visits, and connectivity with construction employers across the region.

Regions Bank said Friday it earned net income of $558 million, or 59 cents per share. Total revenue of $1.7 billion increased 10 percent from a year ago.

“Our solid second-quarter results reflect the strength of Regions’ business plan and our team’s success in executing it,” John Turner, president and CEO of Regions, said in a statement Friday. “Investments across our business groups are paying off.”

Twitter reported a quarterly loss Friday and declining revenue caught Wall Street off guard with the number of people using the platform on the rise.

The latest quarterly earnings figures offered a glimpse into how the social media platform has performed during a months-long negotiation with billionaire and Tesla CEO Elon Musk after he said that he would buy the company, and then changed his mind.

The company lost $270 million in the April-June period, or 8 cents per share. Wall Street was expecting a per-share profit of 14 cents, according to a poll by FactSet.

Inflation has crimped advertising spending and that was a huge drag on Twitter’s quarterly revenue, which slid 1% to $1.18 billion. The company also cited “uncertainty” over the acquisition by Musk.

The underlying numbers at Twitter, however, were good. The number of daily active users rose 16.6% to 237.8 million compared with the same period a year before.

Recruitment of a splicing factor to the nuclear lamina for its inactivation | Communications Biology – Nature.com