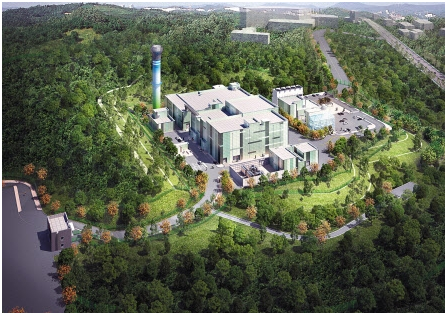 The company is the only Korean builder that can provide a total solution for the entire process of a nuclear power plant project, from design and construction to decommissioning.

Korea, the United States and France are competing for the Czech project, which involves building a 1,000-1,200 MW reactor in the Dukovany area of ​​the Czech Republic. Its budget is expected to reach 8 trillion won. The Czech government is expected to receive bids by the end of this year and finally select a supplier in the first quarter of 2024. It is planning to build up to three additional nuclear power plants. Industry insiders believe that if Team Korea wins this project, it will take an advantageous position in landing additional orders.

Daewoo E&C is also boldly investing in the development of a small modular reactor (SMR). The builder started investing in the SMR business by participating in a consortium led by Korea Electric Power Corp. (KEPCO) to develop an innovative SMR and obtain a standard design approval (SDA) from the Korean regulatory body. The company launched SMART Power Co., a corporation dedicated to SMR exports, together with POSCO Group.

Korea is in the process of developing a new version of SMART (System-integrated Modular Advanced Reactor), an integral-type small reactor developed by the Korea Atomic Energy Research Institute in 2012. It signed an MOU with Saudi Arabia in 2015 to develop upgraded version of SMART.

Korea has also inked partnership MOUs with the Czech Republic, Indonesia, Ghana, South Africa, and the Philippines on cooperation in the SMR sector.