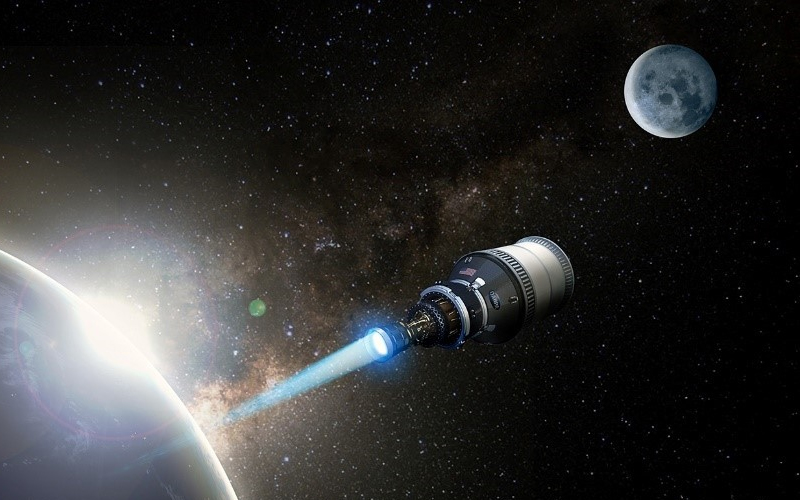 The 18-month Phase 1 contract includes the preliminary design of the reactor and the spacecraft it will power Photo credit: DARPA

On April 12, DARPA announced the selection of prime contractors for the mission as part of its DRACO (Demonstration Rocket for Agile Cislunar Operations) program.

The primary goal of the DRACO program is to overcome the drawbacks of chemical and existing electrical propulsion systems to allow greater agility and rapid maneuverability in cislunar space, a core set of the U.S. Department of Defense.

“The NTP technology we plan to develop and demonstrate as part of the DRACO program is believed to be fundamental to future space operations,” said Major Nathan Greiner, USAF, program manager at DRACO.

The 18-month Phase 1 contracts include the preliminary design for an NTP reactor and the spacecraft it will power. General Atomics will lead the design of the reactor, while Blue Origin and Lockheed Martin will jointly develop the spaceship.

“This first phase of the DRACO program is a risk reduction measure that will allow us to sprint to a demonstration in orbit in later phases,” said Major Greiner.

Upon completion of the 19-month Phase 1 contracts, DARPA is expected to make additional requests for detailed design, fabrication and in-orbit demonstrations. The agency has proposed an initial launch for next-generation technology by 2025.

Andrew Parsonson is a space enthusiast and the founder of Rocket Rundown. He has worked as a journalist and blogger for various industries for over 5 years and has a passion for fictional and real space travel. Andrew is currently the lead writer for Rocket Rundown to add to our reach and credibility.