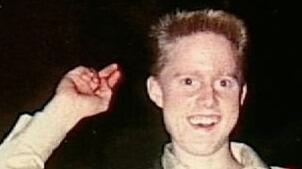 David Hahn, the radioactive boy scout who built a nuclear reactor in his mother’s shed when he was 17 | Sara B

When David Hahn was a child, he enjoyed performing science experiments; some described him as obsessive and goofy. Then, when he was ten years old, his grandfather gave him The Golden Book of Chemistry Experiments.

David was born October 30, 1976, and grew up outside Detroit, Michigan. He split his time between his divorced parents’ houses. He began his chemistry experiments, initially at his dad’s house in his bedroom. However, his dad was sick of him making a mess in his room and hearing explosions, so he moved his son’s ¨lab¨ downstairs.

It wasn’t any kid’s chemistry experimentation lab; he had bunsen burners and beakers and even started collecting all the periodic table elements. At this point, his father saw his obsession and thought he should put his energy into something else, so he joined the eagle scouts.

During his time in the eagle scouts, he chose to get the atomic energy badge; he would be the only eagle scout even to attempt and receive this badge. Now that he had a goal to work towards, he began experimenting even more, including self experiments.

Once he fabricated nitroglycerin, and another time he showed up to a scout meeting with a bright orange face. He stated he overdosed on canthaxanthin he was testing. Once on a camping trip, he and his fellow eagle scouts blew a hole in a tent by accidentally igniting a pile of powdered magnesium David had brought with him. He wanted to make fireworks.

The project that earned him the Atomic Energy badge was a pamphlet explaining his project, with the help of utility companies, stating that nuclear energy was vital and needed to be studied more. He also made a chart explaining nuclear fission and built a toy model of a nuclear reactor using cans and household goods; no one questioned him since it was ¨just a model¨.

During his research phase, he also visited the hospital radiology unit to learn how they use radioactive isotopes. All his hard work paid off, and he earned his Atomic Energy badge in 1991 when he was 14.

During his experiments, he had a habit of blowing himself up and, on occasions having glass get into his eyes; he also burned his hands, and his parents had to take him to the emergency room. However, this did not stop David; instead, he moved his ¨lab¨ to a shed in the backyard of his mother’s house. It gave him more room and privacy, and at this point he decided he wanted to build an actual radioactive nuclear power reactor; he set out to make a breeder reactor.

It generates power and continuously creates new fuel for itself endless self-sustaining cycle; David thought this could solve the world’s energy problem. However, once he had a goal, he needed to collect the elements to make the reactor.

Which proved easier than one would think, considering most of the materials required are dangerous and radioactive. Nevertheless, David was up for the challenge, writing letters and calling facilities to ask questions and eventually getting the information needed.

He pretended to be a college professor and even spoke to the Nuclear Regulatory Commission, and the person on the phone walked him through how to build a nuclear power reactor. Next up was the hard part, collecting the items. David learned that you could find small amounts of radioactive elements in smoke detectors, old luminous clocks, and old camping lanterns.

He again called a facility that sold smoke detectors, pretending to be a professor, and got a discount on 100 smoke detectors sent directly to him. They even told him where to find the radioactive elements. Clocks and lanterns are found at thrift markets and local stores.

Once he obtained his materials, he began to remove what was needed and create the reactor; now, with the neutron gun completed, the next step was to achieve fission. No adult stepped in or questioned what he was working on.

The last few elements might have been the hardest for David to obtain. He got barium sulfate from nurses at the radiology department and uranium from Czechoslovakia, which he ordered over the phone. At this point, he had everything he needed, and his nuclear reactor was completed in the shed in his mother’s backyard, held together with duct tape.

When David began to test the radiation, he could measure it five houses down from his mother’s, so he decided it could potentially be dangerous and dismantled the reactor and loaded it into his car.

However, in the middle of the night on August 31, 1994, his neighbors thought he was stealing. So they called the cops, and when the cops showed up, David told them to be careful his car was radioactive. Assuming he had an atomic bomb, the bomb squad showed up, but they did not find a bomb, only a dismantled nuclear reactor, which measured 1000xs the standard radiation.

The federal radiological emergency response plan was initiated; however, it took two months before they took action, except David was arrested. He also left out the part about his mother’s shed being radioactive.

Once they found out, the NRC refused to do anything since it was not a federally recognized site, and it took another five months for the EPC to show up, stating it was a health hazard. By this time, his mother had cleaned out most of the radiative materials in the shed by throwing them in the regular trash.

According to the EPA’s assessment, over 40K people were exposed to radiation. David refused to be tested for radiation he died on September 27, 2016, at the age of 39, from complications related to drugs and alcohol.