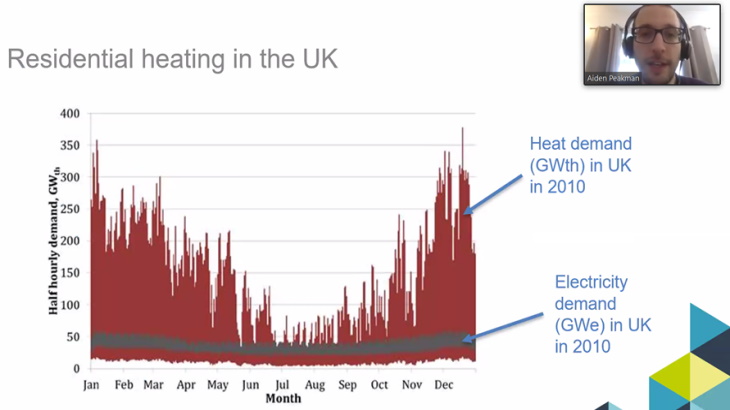 Decarbonising heat will be critical to global emissions reduction efforts in the coming years, Aiden Peakman of the UK Bureau of Nuclear Innovation and Research said at a high-level joint workshop organized by the International Energy Agency and the International Atomic Energy Agency. Current generation light water reactors and advanced next generation reactors could make a significant contribution to decarbonizing the heating sector, he said.

It is likely that several technologies will need to be developed and deployed to decarbonize the heat demand, but nuclear technology can play a role in both industrial and household sectors, Peakman said at the high-level workshop on the prospects for nuclear power in the clean energy transition 3. March. Cooperation between countries and through multinational organizations can help develop appropriate country-specific options, he said. These can be heat pumps, district heating systems and hydrogen.

In the UK, around 37% of carbon emissions are related to heating needs, 14% to industrial heating and the remainder to cooking, hot water and space heating and cooling, according to Peakman. However, the demand for residential heating in the UK shows large fluctuations between summer and winter. Such large swings in heat demand would be difficult to handle for a heat pump dominated system, he said. UK electricity demand does not fluctuate in the same way.

District heating is widespread in some countries such as Finland, where it covers around 40% of domestic heating requirements, and less in other countries such as the UK, where only around 2% of heating requirements are provided in this way. Other options could be large, megawatt-scale heat pumps connected to a heating network. Hybrid heat pumps with a low-carbon source that helps the heat pump meet peaks in demand; Hydrogen, which – with some modifications – could be used via existing gas networks to power boilers in private households or in industrial applications.

Many countries have experience using nuclear heat in non-power applications, Peakman said, citing examples in Canada where industrial parks near power plants have been supplied with nuclear heat. Norway’s Halden reactor, which provided heat for paper and pulp production; Kakzakhstan’s BN-350 liquid metal rapid reactor for desalination; The German Stade-Werk, which supplied a salt refinery with process heat, and the Swiss Gosgen, which supplied a cardboard factory with heat. The heat generated at the UK’s first nuclear power station – Calder Hall, which operated from 1956 to 2003 – also provided heat to the Sellafield site.

“Heat demand is a very challenging area – but if we don’t meet that demand and decarbonise it, it will be very difficult to meet global greenhouse gas emissions targets,” said Peakman. “There is certainly a role that the current generation plays [reactors] and advanced reactors can play. “

NIRO is hosted by the UK’s National Nuclear Laboratory.