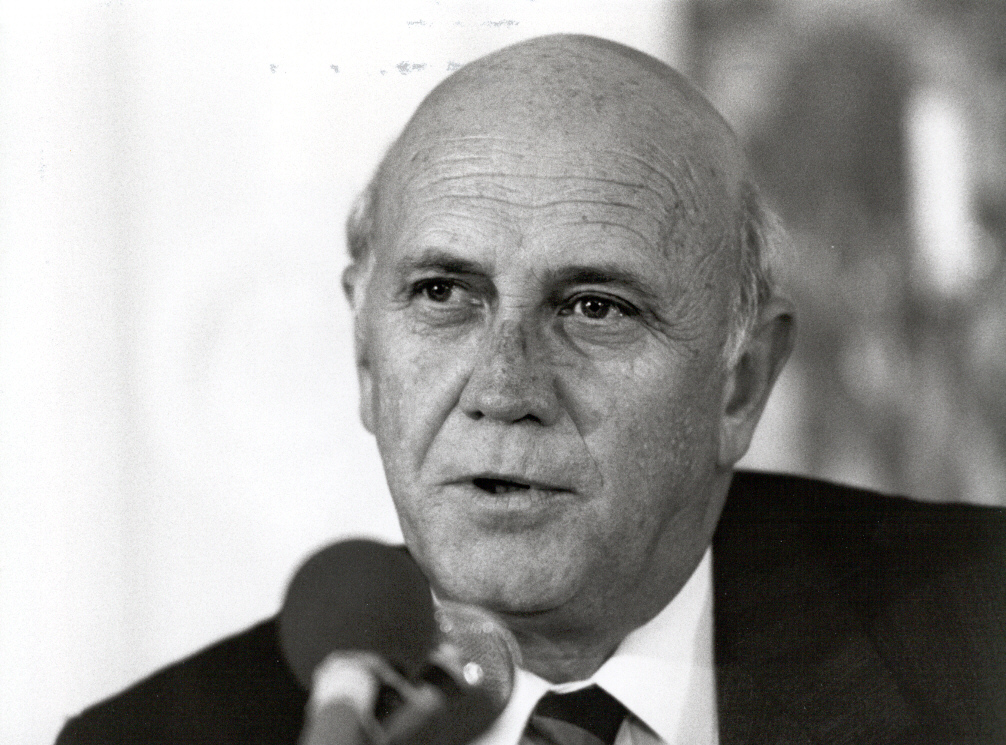 The risks associated with nuclear weapons and their possible proliferation have been discussed and debated for more than five decades. Countries like Iran and North Korea have been sanctioned because their nuclear programs exceeded the permissible limits of uranium enrichment and developed nuclear weapons.

The United States and Iran remain trapped in negotiations that previously ended in a stalemate. Nor has a breakthrough been achieved with North Korea, which has turned its back on calls to reduce its nuclear arsenal.

However, there is a country that not only built nuclear weapons for itself without official recognition, but also voluntarily abolished them and cleaned them up decades ago.

South Africa’s former apartheid government had been involved in the research and development of weapons of mass destruction (WMD) from the 1940s to the 1990s.

In 1989, however, with its decision to end its nuclear program, South Africa made the only country to build and voluntarily renounce nuclear bombs. A few years later, in 1993, the country also ended its biological, chemical and missile programs, eliminating all forms of weapons of mass destruction.

The then South African President Frederick William de Klerk confirmed on March 24, 1993 what had been suspected for years. He announced to the world that his government was working on a top secret project and had acquired nuclear weapons.

In one of the most notorious speeches to parliament in its entire history, he had declared that South Africa had produced six atomic bombs. He also said the bombs had been destroyed and the country’s nuclear development had been halted for military reasons.

Then, in a major turn of events, South Africa became part of the Nuclear Proliferation Treaty (NPT), becoming the first country ever to build atomic bombs, destroy them without notice, and then join the treaty alliance aimed at the non-proliferation of nuclear weapons.

SA looks forward to the 10th Nuclear Non-Proliferation Treaty (NPT) Review Conference and reaffirms its commitment to the NPT as the cornerstone of the nuclear disarmament and nuclear non-proliferation regime. # NPT @SAIIA_info @CDSecretariat @DIRCO_ZA pic.twitter.com/jiGdyCPIU

India and Pakistan are not signatories of the NPT, which is why they are not allowed to join the group of nuclear suppliers.

After destroying the nuclear weapons built under the apartheid government, South Africa began advocating disarmament and nuclear non-proliferation in the post-apartheid period. It also spearheaded efforts to establish the Pelindaba Treaty and the African Commission on Nuclear Energy, which were set up to ensure that States parties meet their obligations under the treaty.

In 1999 they also joined the Comprehensive Nuclear-Test-Ban Treaty (CTBT).

Abundant uranium, South Africa became interested in nuclear energy and the mining, trading, and energy industries that could develop around it as early as 1948. In 1957 the government bought its first nuclear reactor from the United States.

Although the aim of the nuclear program was not officially changed from peaceful to military purposes until 1977, US intelligence records suggest that South Africa launched its nuclear weapons program in the 1973 International Campaign for the Abolition of Nuclear Weapons (ICAN).

However, South Africa had designed and manufactured its first nuclear explosive device by 1982. He owned six bombs, each weighing 55 kilograms of highly enriched uranium (HEU) and was able to deliver the explosive equivalent of 19 kilotons of TNT by 1989. 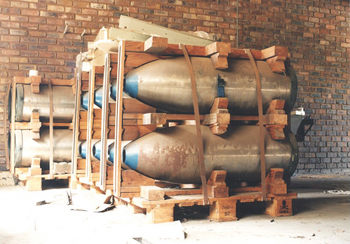 When De Klerk officially announced the destruction of all atomic bombs in parliament, he also granted the International Atomic Energy Agency (IAEA) full access to the nuclear site to investigate his claims.

He said the agency could visit any of South Africa’s nuclear facilities to review its claims, closing the loop from acquiring nuclear weapons to dismantling them to one of the loudest voices for disarmament in the world.

In 2017, during Jacob Zuma’s presidency, South Africa also signed the “Nuclear Weapons Treaty”, which contains a comprehensive package of bans on participation in all nuclear weapons activities.

So far, #Gambia and # South Africa have led the way by signing AND ratifying #TPNW. Step Up in Africa! We need these ratifications for # EIF # nuklearban @UNgambia @UNSouthAfrica https://t.co/wj5hu2eocY

Only four countries have ever surrendered nuclear weapons in history. And three of them – Belarus, Kazakhstan, and Ukraine – did so because those nuclear weapons were inherited from the former Soviet Union, but these countries lacked the resources to control and sustain them, according to The Atlantic.

The decision to sell the weapons in exchange for US support and Russian security guarantees is still exceptional; If Ukraine and Kazakhstan had left their arsenals on their soil, they would have become the third and fourth nuclear powers in the world, respectively.

Why did South Africa destroy its atomic bombs?

South Africa’s intention to develop nuclear weapons with limited warheads began in 1974, as de Klerk reported in his 1993 address. The threat posed by the expansion of the Soviet armed forces in South Africa was the reason for this decision to build warheads at an important political turning point.

South Africa has developed nuclear weapons due to the insecurity created by the Warsaw Pact, an organization of former communist countries.

The choice of South Africa was also influenced by the evolving security environment in Africa. Portugal has given up its African territories. Angola and Mozambique gained independence. The civil wars that broke out in the country took on an international dimension. The shadows of the Cold War hung heavily between the communist and capitalist powers; the security situation in the region had deteriorated. 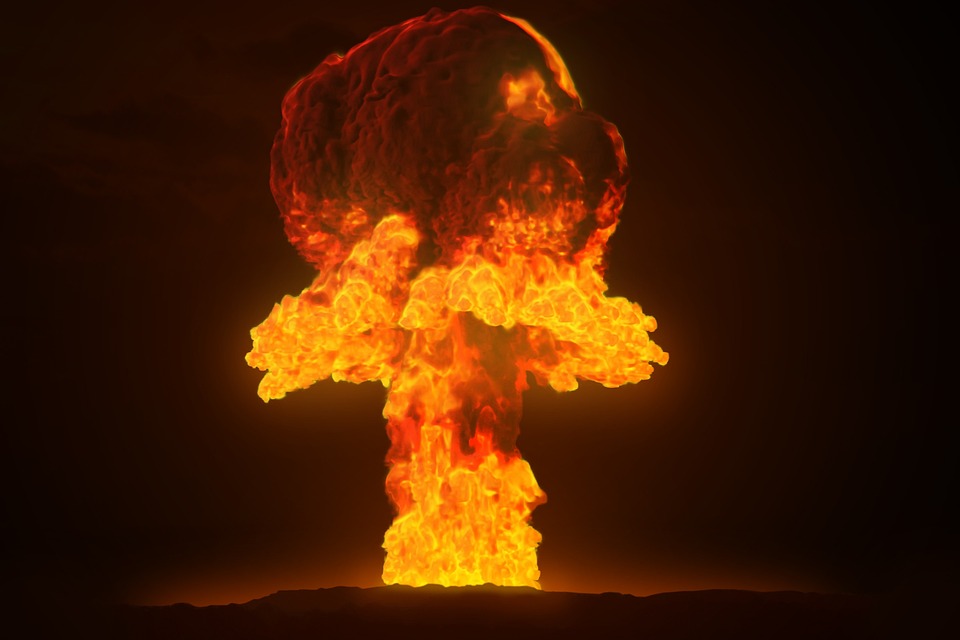 For representative purposes only.

The Cuban armed forces grew in number in Angola. South Africa believed it needed a defensive weapon. In addition, the country was cut off from the rest of the world due to its apartheid policy. In the event of an attack, the president told parliament his country could not rely on foreign aid.

Under these conditions, the South African government decided to build an atomic bomb for its own safety and in April 1978 approved a three-stage nuclear deterrent strategy.

The first stage was to maintain confusion about the country’s nuclear capabilities, that is, not to admit or deny them. In the event of a threat to South Africa, the second step would be taken. It was stipulated that if a superpower like America were threatened, South Africa would secretly announce that it had nuclear weapons.

It was decided that, if the threat persists, South Africa would move to the third phase and officially admit nuclear weapon possession. It was also specified that the bomb should be tested underground at the same time. 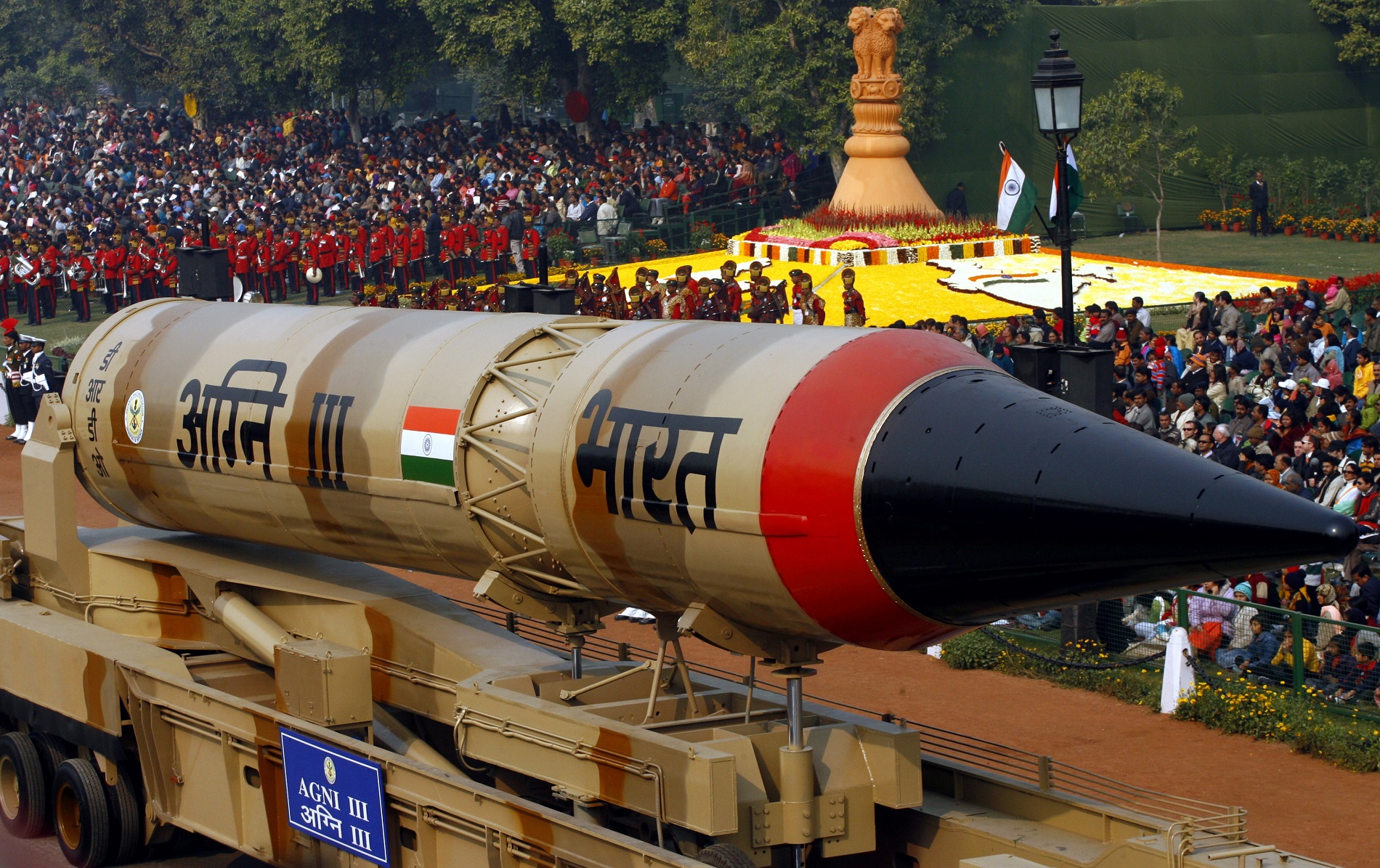 In reality, South Africa’s policy never got beyond the first phase.

The reasons for dismantling these nuclear weapons were given by De Klerk in his speech to Parliament. He cited the ceasefire in Angola, the withdrawal of 50,000 Cuban soldiers from Angola and the tripartite agreement for Namibia’s independence. He also pointed out that the fall of the Berlin Wall, the end of the Cold War, and the collapse of the Soviet Union necessitated the end of South Africa’s nuclear program.

Under these conditions, said the then President, nuclear deterrence was not only necessary, but also an obstacle to South Africa’s external relations and its full integration into the world in its own interest and progress.

It could be speculated that the United States, in some ways, is expecting the same nuclear dismantling from North Korea, which has become more bellicose by the day. While the US insists on a complete dismantling of the nuclear arsenal, North Korea is demanding a blanket lifting of the sanctions imposed on it.

Turn to nuclear power amid the raging energy crisis