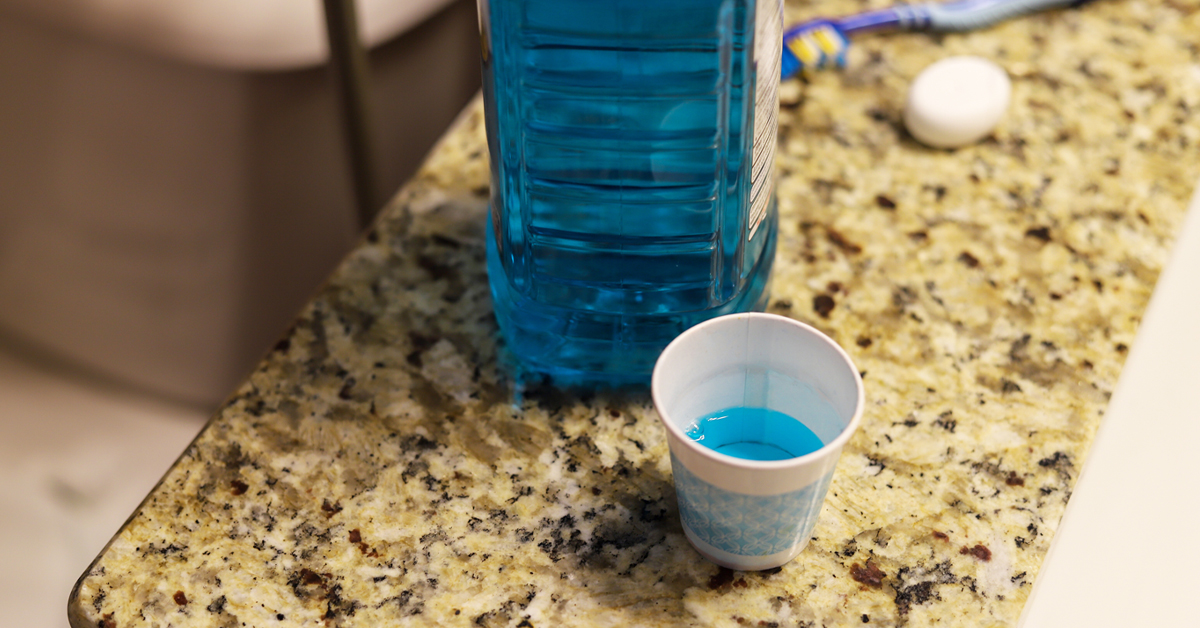 Does Mouthwash Expire? Facts, Other Uses, and More

When the urge to clean strikes, you may find yourself with an armful of bathroom products, including mouthwash, that makes you wonder how serious to take their expiration dates. The mouthwash may seem OK based on its appearance and smell, yet its expiration date may tell another story.

Usually, mouthwash is good for a maximum of 2 to 3 years from the manufacture date.

Most mouthwash contains alcohol or another astringent, which starts to dissolve after 2 or 3 years and essentially waters down the liquid. This may encourage bacteria growth, which makes expired mouthwash potentially unsafe to use.

Read on to learn more about the risks of using expired mouthwash, as well as some tips for putting your leftover liquid to good use.

Expired mouthwash may contain bacteria and rancid ingredients, making it unsafe for use. Plus, it may not be effective in:

Signs that your mouthwash is past its prime include changes to its color, a strange smell, and an unusual consistency. Natural mouthwash options, some of which require refrigeration, have even shorter shelf lives.

If you have a mouthwash bottle with no date and you’re unsure about it, stay on the safe side and don’t use it.

Due to the breakdown of its active ingredients, expired mouthwash is likely ineffective and possibly harmful. This is true for both therapeutic mouthwash and cosmetic mouthwash, which tastes good and temporarily relieves bad breath.

Therapeutic mouthwash, which is used to treat conditions such as plaque, tooth decay, and gingivitis, may include active ingredients such as fluoride, hydrogen peroxide, and essential oils. Over time, fluoride and hydrogen peroxide lose their potency, which makes them less effective at whitening your teeth, improving your oral health, and preventing cavities.

Some mouthwashes contain essential oils, which usually have a shelf life of a few years. Changes to their composition over time weaken their strength and effectiveness. Especially if they’ve been exposed to light, heat, and oxygen, or mixed with other ingredients.

The alcohol or antiseptic in the mouthwash starts dissolving after a few years. This leads to watery mouthwash and may encourage bacteria growth.

The Food and Drug Administration (FDA) said that using the product could potentially cause oral and systemic infections requiring antibacterial therapy. In some individuals, it could cause life-threatening infections, including pneumonia and bacteremia.

These incidents highlight the potential of mouthwash to contain harmful bacteria.

If you decide to get rid of expired mouthwash, you can simply pour it down the drain.

But if you prefer to repurpose it, there are several household uses for mouthwash. It’s OK to use expired mouthwash for many of these uses, though it may be slightly less effective. It’s not advised to use the expired rinse for any skin care purposes, though.

Here are a few ways to use mouthwash for household purposes:

If you’ve managed to hang on to a bottle of mouthwash long enough for it to expire, chances are you don’t use it very often. Expired mouthwash contains ingredients that weaken and become rancid with time, so it’s unlikely to provide many benefits. Plus, the alcohol has probably already dissolved, leaving you with a watery liquid that’s possibly bacteria-ridden.

The deterioration of mouthwash ingredients may even cause the plastic bottle to break down. This makes the expired mouthwash even riskier. All in all, any bottle of mouthwash that’s 2 to 3 years old, even if it’s within its expiration date, probably isn’t worth the risk. Go ahead and find a way to use it around your house or toss it.

Your health and peace of mind are worth the price of a new bottle of mouthwash, which is sure to provide all of the oral health benefits you’re after.

Store mouthwash away from direct sunlight in a dry, cool place. If you usually forget to use mouthwash and want to get into the habit, place it in a visible location.