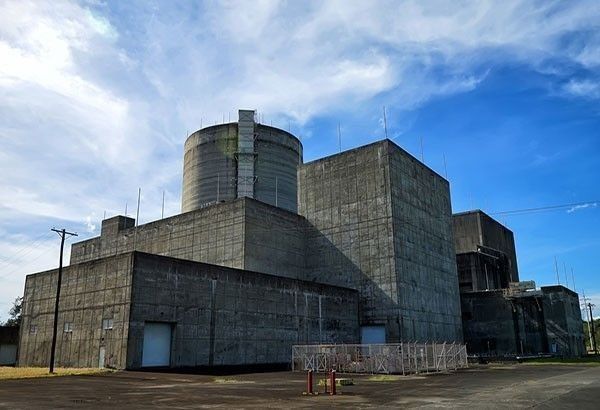 MANILA, Philippines — The Department of Science and Technology (DOST) has completed the nuclear commissioning of a long mothballed research reactor in the DOST-Philippine Nuclear Research Institute (PNRI) complex in Quezon City, signaling the start of research and training of nuclear engineers and scientists as well as potential nuclear power plant operators in the Philippines.

“This is a major milestone. We can now undertake nuclear research right here in the country to allow us to train nuclear engineers and nuclear operators,” Arcilla told The STAR in a phone interview yesterday.

Arcilla said that the research reactor was especially helpful in view of the issuance of Executive Order 164 last Feb. 28 which adopts a national position for the Philippines for the addition of nuclear energy into its mix of energy supply sources.

The DOST hailed the start of the nuclear commissioning of the “PRR-1” Subcritical Assembly for Training, Education, and Research (SATER) last Monday as a timely activity in view of the national effort to tap nuclear energy to address its problem of inadequate electricity supply.

The DOST said that the SATER was shut down in 1988 in the aftermath of the decision in 1986 not to operate the Bataan Nuclear Power Plant (BNPP).

Science Secretary Fortunato dela Peña said that the SATER commissioner was timely in view of the policy declaration made by the outgoing Duterte administration to include nuclear energy in the country’s energy mix.

Dela Peña noted that president-elect Ferdinand Marcos Jr. had also declared his push for nuclear energy. The Philippines first pursued a serious effort at enabling nuclear power production in the country during the time of Marcos’ late father and namesake, when the former president Marcos had contracted the now-defunct Westinghouse of the US to build the BNPP.

The successor administration of the late former president Cory Aquino, which swept into power in 1986 after the EDSA People Power revolt which topped Marcos Sr., subsequently decided not to operate the plant on suspicions of serious corruption as well as safety concerns due to the presence of Earthquake fault lines from a long dormant volcano, Mount Natib.

“This will serve as an important training ground for future nuclear scientists,” Dela Peña told The STAR.

Since the shutdown of the PRR-1 in 1988, the country was left with non-operating nuclear facility for the last 34 years, the DOST said.

With the commissioning of the PRR-1, the country now has a facility that will provide significant support in re-establishing nuclear capability.

SATER, aside from supporting nuclear manpower development, will instantly provide local access to an operating nuclear facility and be a venue for the training of reactor operators, users and regulators.

The facility can be a place to engage stakeholders in nuclear and reactor engineering, and jumpstart initiatives to repurpose available resources of the historical PRR-1 facility.

Rowena Cristina Guevara, DOST Undersecretary for research and development, said the commissioning of the SATER will allow DOST and PNRI to demonstrate the capacity and capability of the country in nuclear and reactor science and technology.

“SATER will support the country’s capacity building in nuclear and reactor science and technology, provide a research facility for academic and research institutions, demonstrate research reactor operation and utilization and provide support for nuclear manpower development for the nuclear power program of the country,” Guevara told The STAR.

The DOST-PNRI will apply for full operating license to allow users from the research and academic community to access the facility. Full operation is targeted by 2023, the DOST said.

While preparing for operation, the facility will be open for technical visits and awareness seminars on nuclear science and technology.

With its subcritical and zero-power configuration, the DOST said that the PRR-1 SATER is inherently

safe as a facility for nuclear education and research.

It will support PNRI-initiated nuclear education programs that are being offered in UP Diliman and Mapua University.

Iran Descends Into Outright Piracy and Confrontation With the West