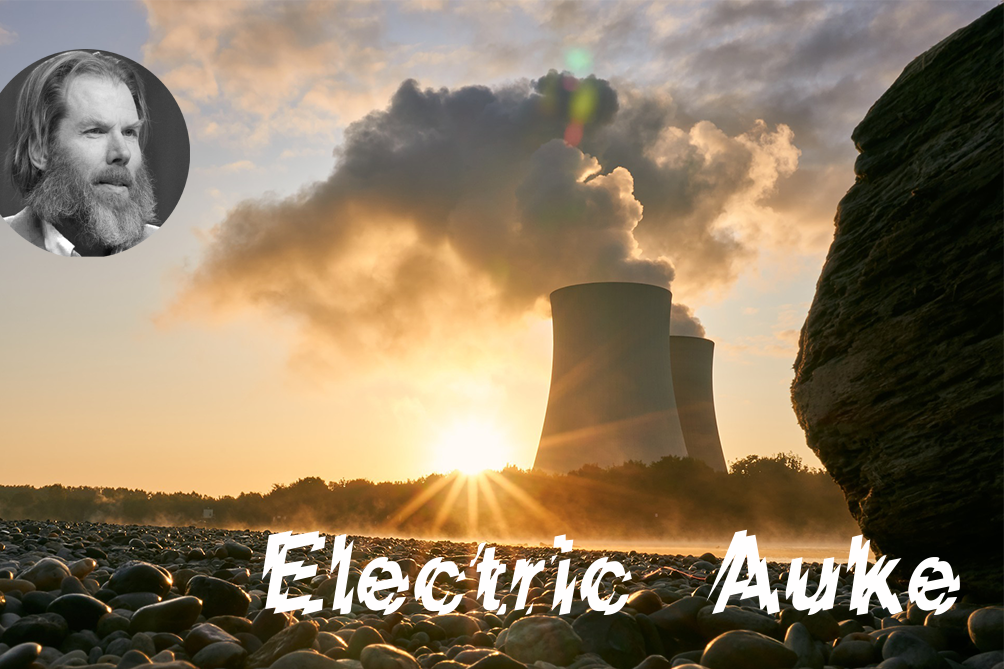 If it were up to the party of the Dutch Forum for Democracy, Brabant would get a nuclear power plant. Eric de Bie, a provincial executive, spoke out in favor of it last week. Although a study commissioned by the Province of the Netherlands Organization for Applied Scientific Research (TNO) and the Nuclear Research Consultancy Group (NRG) shows that nuclear energy is currently more expensive than green electricity. Nevertheless, the FvD wants to rely on nuclear power due to a lack of space. With solar panels and windmills, a lot more space would be required to generate the same amount of energy as a nuclear power plant.

What does Auke think of it? Well, he sees building a nuclear power plant as a form of procrastination. “In the short term, a nuclear power plant will not solve the problem of excessively high CO2 emissions. The earlier we emit less CO2, the better. It’s just a procrastination. All additional CO2 that is released into the air in the time it takes to build must be removed again. Then all efforts to reduce it all have to go faster. Whatever adds cost and techniques to filter CO2 from the air are expensive. You can already reduce CO2 emissions by using wind turbines. “

Furthermore, the story the FvD is now talking about is incomplete. The honest story would be very different, according to Auke. “The potential for abuse cannot be ruled out. In any case, I am not comfortable with it. Terrorists could cause a breakdown. Or countries that suddenly gain a dictatorial regime can break the rules and use this knowledge to develop nuclear weapons, ”explains Auke.

Would you like to be inspired 365 days a year? Here is the opportunity. We offer you one “origin of innovation” per day in a compact telegram message. Seven days a week, delivered around 8 p.m. CET. Straight from our newsroom. Subscribe here, for free!

In addition to these concerns, there are also a number of practical issues that the FvD is now overlooking, argues Auke. “Building a nuclear power plant takes a long time and is often much more expensive than stated in the original tender. In practice it regularly happens that the construction is broken off. The storage of nuclear waste is also a major problem. If we choose nuclear power plants, let’s fix it once and for all. Do you already have a location in mind? I don’t think so because nobody wants one. Actually, the FvD says they don’t want to build ugly windmills, but they forget to mention that our energy is getting more expensive. “

Auke shrugs his shoulders. “In fact, the real question is: how much more are we willing to pay to avoid looking at a windmill? One logical question and you have a point. These things are terrible. I wouldn’t want one in my garden either. “

But he quickly finds a solution to the question about space: “What if we put all these windmills at sea? Of course, that happens more and more. In addition, we could install the solar panels vertically on sunny fields so that, for example, plants can be grown in between. Mixed land use is another way of using the space differently. “

“We have two camps in the energy world. That’s why we get stuck in the same discussion about nuclear power over and over again, ”sighs Auke. You’re either for or against. There does not seem to be a middle ground. “They have a camp that recognizes that we as humans are part of nature. You want to go along with it. Nature fluctuates, the amount of wind and sun is never the same. In doing so, they want to steer towards an integrated system that moves parallel to these fluctuations. But in these plans – in short – there is no room for nuclear power. On the other hand, the nuclear brothers don’t want to move with nature at all. They do not want to adapt and proclaim very loudly: “We are the boss and are in control”. They want to decide for themselves when they have energy and don’t want to be dependent on whether the wind is blowing or the sun is shining. “

Auke leans back and stares forward thoughtfully. “You know what it is? The two camps are not getting any closer. While something needs to be done. So if the FvD would tell the honest story and say that it means we have more expensive energy and we all choose to accept it then why not? “

“Does that surprise you? Let’s shake it. FvD wants to make windmills obsolete, just show that it can actually be done. Go ahead and prove it. If there is a solid plan for developing a thorium reactor, who should I say no?” “These thorium reactors are safer and contain less radioactive waste, but currently they only exist on paper, so it will be at least 20 to 30 years before such a reactor is operational. In the meantime, let’s have wind turbines and solar panels for ours If these have been written off and the reactor is ready for operation, we can dismantle them again, as they will be out of date by then, “explains Auke. He continues with a grin:” In the unfortunate event that the nuclear reactor does not work, which is almost a matter of course, we can continue with renewable energies. “

He crosses his arms with a satisfied smile. “I think that’s a good scenario. That way, we can be sure that nuclear energy is not being used to prevent short-term solutions that are needed anyway. That’s what I think is happening now. And maybe that way we can overcome the endless discussion. “”[email protected]