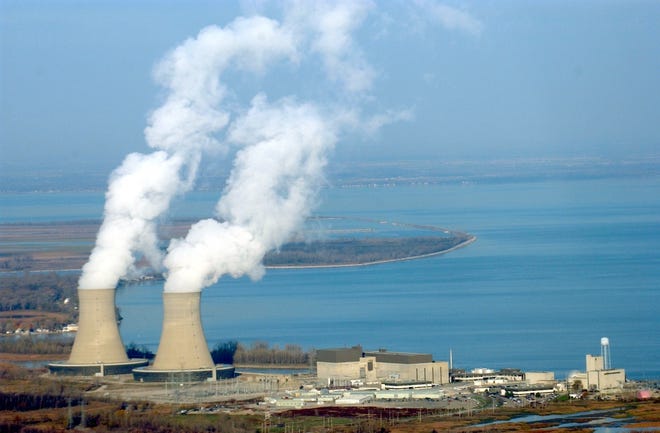 Elevated cancer deaths in Monroe may be result of nuclear plant

The scientist behind the study claims the driving force behind these statistics is DTE Energy’s Fermi 2 nuclear power plant in Newport.

Using mortality data collected by the Centers for Disease Control and Prevention, Mangano’s analysis found that cancer-related deaths in Monroe County were 14.3% above the national average.

“We have raised red flags – that is cause for concern,” said Mangano. “There are no other obvious reasons for such an unexpected change. …

“You wouldn’t think Monroe County is a (center) for cancer. It’s a suburban county.”

Before Fermi 2 was activated in 1985, the cancer death rate in Monroe County was 3% below the national average, according to Mangano. He said the increased trend has continued to increase over the past decade, resulting in the newest and highest metric.

Mangano said an increased risk and mortality from cancer existed in all populations, including those classified by sex, race and age.

His report shows that Monroe County had significantly higher rates of 10 of the 11 most common cancers in the United States, including leukemia, brain and central nervous systems, and bronchus and lung cancers.

The report also shows that cancer-related mortality among younger populations is also much higher than the national average.

According to the report, cancer-related deaths between the ages of 0 and 24 occurred 40.2% above the national average.

Mangano calls for more research on the matter, saying the federal and state governments haven’t done enough to study the effects of nuclear power plants on those who live near such locations.

“You don’t have to wait for a core meltdown for the nuclear reactor to harm people,” said Mangano. “Reactors release a mixture of 100 or more (harmful) chemicals into the environment every day. It enters the human body through the food chain. “

The event coincided with the tenth anniversary of the Fukushima nuclear power plant disaster in Japan.

Mangano called it the worst human-made environmental disaster in history and said it was a reminder of the damage nuclear power is doing. Additional analyzes and studies are essential.

“We want more analysis from other researchers and officials,” said Mangano. “All policy decisions should really take into account these kinds of considerations.”

Mangano also discussed a new initiative to collect donated baby teeth from Monroe County residents to see if there are increased cases of radioactive contamination in the body.

Mangano said the Tooth Fairy Project will analyze collected samples for strontium-90, a harmful substance that is a by-product of the nuclear reaction.

The project will try to collect 25-50 local specimens, he said.

As a board member of the Radiation and Public Health Project, Brinkley shared the experience as a mother of going into her children’s rooms after they lost a baby tooth and put it under her pillow

“… (many mothers) may have had no idea that the tooth might contain something that we would be upset if we found out it was …” she said. “If your child has strontium in their baby tooth, they’ve been exposed.”

She asked Monroe’s parents to donate these teeth for research. She said nuclear power had a false sense of security, which in part inspired her to become an activist.

A longtime advocate of nuclear energy, he said that there are many alternative sources of energy these days that are safer.

“You don’t need an earthquake or tsunami to bring a nuclear reactor to a standstill,” he said. “… It’s a very precarious situation with nuclear power.”

Like Mangano and Brinkley, he urged Monroe County residents to read the report and participate in the Tooth Fairy Project.

“(The study) offers a smoking weapon,” Keegan said. “The radiation source goes to the Fermi 2 system. We believe further investigation is warranted. “

For more information, the full Mangano report, or to participate in the Tooth Fairy Project, visit radiaiton.org.