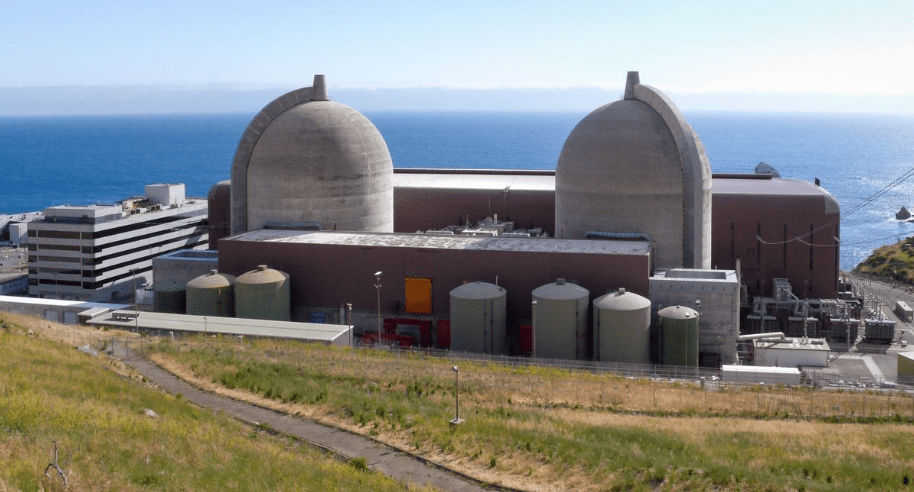 The Diablo Canyon nuclear power plant sitting on the coast of California, 2 miles from an active earthquake fault.

Specifically, Parnassus is weighing removing nuclear power from its list of excluded industries and companies. “Parnassus is interested in doing our part to promote our transition to the low-carbon world,” Marian Macindoe, head of ESG stewardship at Parnassus, said in an interview. Macindoe said nuclear safety has improved since Parnassus put the screen in the place in 1984.

“It’s reliable, it can be deployed on a large scale, and alleviates concerns about the energy transition,” Macindoe said. She also cited the Inflation Reduction Act provisions that support nuclear-power development. …

Since then I haven’t seen any other mention of this proposal in the media. But I assume Parnassus is still planning to remove their prohibition on nuclear power companies on May 1, 2023.

I think this is a terrible change. Nuclear power is still expensive and dangerous, and every dollar spent on nuclear power is another dollar that is not spent on clean, safe, renewable energy like solar and wind. The solution to climate change is renewable energy not supporting centralized power plants controlled by large, corrupt, private corporations and utilities. For 38 years, Parnassus has been strong IT G (Environmental, Social, and Governance) leader among socially-responsible investment funds, avoiding investing in companies engaged in ethically or environmentally destructive activities and actively talking with companies they might invest in about ways they can improve their behavior. If Parnassus changes its policies, other ESG investment funds may follow.

If you have any connections to Parnassus, please call them 800-999-3505 and insist that they maintain their prohibition on investing in nuclear energy.

Here are a few of the reasons that nuclear power should not be considered by ESG funds:

… To recap, new nuclear power costs about 5 times more than onshore wind power per kWh (between 2.3 to 7.4 times depending upon location and integration issues). Nuclear takes 5 to 17 years longer between planning and operation and produces on average 23 times the emissions per unit electricity generated (between 9 to 37 times depending upon plant size and construction schedule). In addition, it creates risk and cost associated with weapons proliferation, meltdown, mining lung cancer, and waste risks. Clean, renewables avoid all such risks.

Nuclear advocates claim nuclear is still needed because renewables are intermittent and need natural gas for backup. However, nuclear itself never matches power demand so it needs backup. Even in France with one of the most advanced nuclear energy programs, the maximum ramp rate is 1 to 5% per minute, which means they need natural gas, hydropower, or batteries, which ramp up 5 to 100 times faster, to meet peaks in demand.

Today, in fact, batteries are beating natural gas for wind and solar backup needs throughout the world. A dozen independent scientific groups have further found that it is possible to match intermittent power demand with clean, renewable energy supply and storage, without nuclear, at low cost. …

Fukushima Daiichi AccidentWorld Nuclear Association, May 2022 update on the March 11, 2011 accident caused by an earthquake-induced tsunami.

… in December 2013 the government raised the upper limit of its financial assistance to Tepco from ¥5 trillion to ¥9 trillion ($86 billion). Early in 2014 the government estimated it would take ¥11 trillion and 40 years to clean up the Fukushima site. …

… The cost of generating solar power ranges from $36 to $44 per megawatt hour (MWh), the WNISR said, while onshore wind power comes in at $29–$56 per MWh. Nuclear energy costs between $112 and $189. Over the past decade, the WNISR estimates levelized costs – which compare the total lifetime cost of building and running a plant to lifetime output – for utility-scale solar have dropped by 88% and for wind by 69%. For nuclear, they have increased by 23%, it said. …

… Total costs are actually higher than $28.5 billion, because that doesn’t count the $3.68 billion that contractor Westinghouse paid back to owners after going bankrupt. When approved in 2012, the first electricity was supposed to be generated in 2016. …

… Would shutting down plants all over the world lead to similar results? Eight years after Fukushima, that question has been answered. Fewer than 10 of Japan’s 50 reactors have resumed operations, yet the country’s carbon emissions have dropped below their levels before the accident. How? Japan has made significant gains in energy efficiency and solar power. It turns out that relying on nuclear energy is actually a bad strategy for combating climate change: One accident wiped out Japan’s carbon gains. Only a turn to renewables and conservation brought the country back on target.

What about the United States? Nuclear accounts for about 19 percent of US electricity production and most of our carbon-free electricity. Could reactors be phased out here without increasing carbon emissions? If it were completely up to the free market, the answer would be yes, because nuclear is more expensive than almost any other source of electricity today. Renewables such as solar, wind and hydroelectric power generate electricity for less than the nuclear plants under construction in Georgia, and in most places, they produce cheaper electricity than existing nuclear plants that have paid off all their construction costs. …

Fusion technology wants to be a game changer in nuclear energy