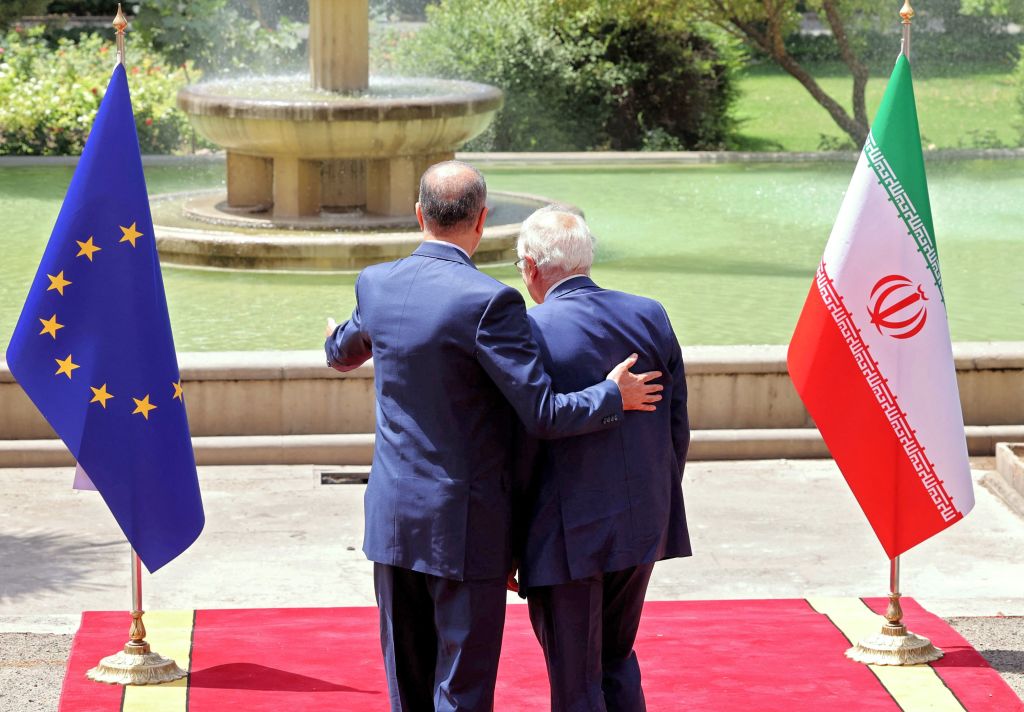 Recent developments demonstrate that Iran now has little chance of negotiating a nuclear deal in order to lift Western sanctions. According to the South China Morning Post, France, Germany, and the United Kingdom have urged Iran to agree to relaunch the agreement limiting its nuclear program, and it seems like Tehran is far from being committed at the moment.

European bigwigs have initiated new efforts to bring back Iran in the Joint Comprehensive Plan of Action (JCPOA) table after it abandoned the agreement following Trump’s push to reiterate sanctions and subsequent jump ship from the deal in 2018.

The E3 is currently pointing its fingers at Iran for not taking “advantage of the decisive diplomatic opportunity,” this is after the European Union presented a document pressing Iran to restore the 2015 nuclear deal that suppresses the country’s nuclear advancement in exchange for lifted economic sanctions from the US, EU, and the UN.

In response to this, Iran’s Foreign Ministry spokesperson Nasser Kanaani claimed that the joint statement by the EU governments was ‘unconstructive’ and that France, Germany, and Britain are “advised to play a more active role in providing solutions to end the few disagreements that remain.”

Furthermore, this reluctance by the Iranian government mirrors the government’s contradicting position in taking part in restoring JCPoA. “If such an approach persists, they should also take responsibility for its consequences,” Kanaani further commented on E3’s recent statements.

According to Reuters, diplomats claim that Iran’s response to the EU initiative was a step backward in the deal revival, as it attempted to associate the revitalization of the agreement with the conclusion of the International Atomic Energy Agency’s (IAEA) investigations into uranium traces at three Iran sites

One of the most complicated issues has been determining how to deal with Iran’s advanced equipment and surplus stock of enriched uranium in violation of the original 2015 agreement.

As per the Washington Post, Biden promised to reawaken the original agreement, kicking off to-and-fro negotiations in April 2021, only to be stopped in its tracks a few months later due to the Iranian elections.

Talks resumed amid protracted negotiations over which US sanctions would be lifted. A new Iranian administration demanded that Biden guarantees that no succeeding US administration would withdraw from a revived deal.

Also, he did not make such a pledge because he could only accomplish so much in a single term. Another Republican could take over the presidency and once again scrap any agreement they reach.

More rifts in the deal continue to appear as the Iranian government stands firm on its position that surrendering dismantled centrifuges in an International Atomic Energy Agency (IAEA) safe is a recipe for disaster.

Furthermore, the same report from The Post tells us that Israeli officials believe the agreement creates a path for Iran to develop a nuclear weapon because it will allow Iran to operate cutting-edge centrifuges by 2026 and more advanced uranium enrichment by 2031.

ⓒ 2022 TECHTIMES.com All rights reserved. Do not reproduce without permission.

China to Visit the Moon Thrice in the Next Decade, Sets to Become ‘Better Than’ NASA Lunar Explorations