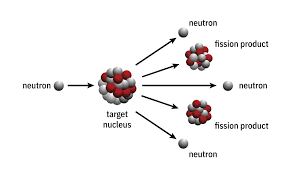 It’s safe to say that the world would be unrecognizable if American scientists hadn’t built an atomic bomb before the Nazis. Even if Hitler chose not to doom us all to a nuclear wasteland, a Nazi-controlled planet seems only marginally better than total destruction.

At the start of World War II, the sheer horror of what the Third Reich could do to one of the most powerful forces in the universe kindled a fire under the asses of every nuclear physicist in America.

The German physicists of the time were the undisputed best in the industry. The famous researchers Otto Hahn and Fritz Strassmann discovered the fundamental process of nuclear fission only a year before the start of the war.

For most of the war, the US government believed that the nuclear arms race was neck and neck at best. Many feared that Germany was already too far ahead.

The widespread fear of Hitler fueled by inaccurate information forced researchers on the Manhattan Project to cram nuclear research of a decade into just three stressful years.

As it turned out, the Nazis were never able to build a working nuclear reactor. But you wouldn’t believe how close they were to beating us …

A few more months and the world would speak German

Exploring the dark secret of the world’s first atomic experiment leads us to yet another decade-old secret of war. Towards the end of the war, the Allies discovered hundreds of tiny metal cubes in a secret Nazi laboratory hidden deep in a cave.

The cubes were lined up in a random group, immersed in heavy water and surrounded by a graphite shield. The apparatus looked remarkably similar to a scaled-down version of a modern reactor. 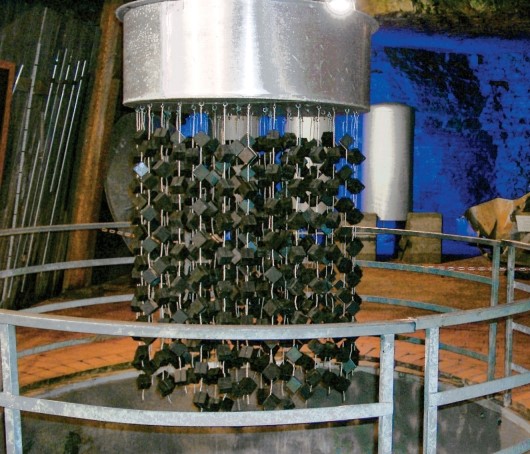 Tests showed that the cubes were made entirely of natural uranium metal. Otherwise we don’t know anything about them.

The cubes have always been viewed as part of the Nazis’ earliest atomic bombing experiments, but no one has ever been able to find out who made them or where the uranium came from.

The identity of the original creator will most likely be lost over time. But radiochemical analysis of the uranium metal helped solve at least one puzzle: if this was an early attempt by the Nazis to develop a nuclear weapon, they were terrifyingly close to pulling it off.

Modern nuclear scientists estimate that the laboratory would have needed only 50% more cubes to theoretically produce a sustained response.

Let that sink in. The Nazis were only a few hundred pounds of uranium away from completely changing the course of history.

But they failed, partly because they ignored one of the core ideas of nuclear energy: a reactor can only be as good as the fuel in it.

Modern nuclear fuel has come a long way since Nazi scientists melted it down in caves. To create a usable fuel for power generation, natural uranium ore is heavily processed and enriched until it contains 3% -5% of the U-235 isotope.

But in order to even come close to reaching the weapons-grade potential, the uranium has to be enriched until it reaches a concentration of 90% U-235. The failure of the Nazi scientists to find out inevitably cost them the war.

Enriched uranium is typically formed into pellets and assembled into rods that are used as fuel in the reactor.

The process sounds more complicated, but the payoff is enormous: Nuclear energy does not cause any CO2 emissions and uses significantly less fuel than coal.

One ton of natural uranium can generate around 44 million kilowatt hours of electricity. To generate the same amount of electricity, a fossil fuel power plant would have to burn over 20,000 tons of coal or 8.5 million cubic meters of natural gas.

As of 2020, nuclear energy will account for 10% of global electricity generation. Last year alone, the planet’s reactors produced more than 2.6 billion terawatts of electricity.

To get the US close to Joe Biden’s goal of net zero carbon emissions by 2050, the entire nuclear industry needs to be overhauled.

And he could finally spend enough money to make it work.

A newly emerging technology finally offers a solution to some of the greatest safety, cost, and efficiency problems that have plagued the nuclear industry since its inception.

Modern nuclear facilities have undergone decades of safety improvements since the first reactor was commissioned in 1969.

Shockingly, however, experts seem to have neglected a key element.

Let me show you exactly what I mean …

You see, my colleague Keith Kohl and his readers recently discovered a small nuclear company that provides a solution to the nuclear industry so effective it could become mandatory in reactors around the world.

Do not believe me?

This is something that you need to check for yourself firsthand. As a premium member of our energy and investment community, you have full access to the latest research from Keith.

Find out all the details about this groundbreaking nuclear act here.

Luke’s technical expertise combined with an insatiable scientific curiosity has helped uncover some of our most promising clues in the technology sector. He has a knack for putting complicated scientific concepts into an easy-to-digest format while still focusing sharply on the core information. His job at Angel is simple: turn stacks of obscure data into profitable investment leads. If you follow our recommendations, you can be sure that there is really thorough research behind the scenes..

Energy demand will increase by 58% over the next 25 years

Trillions will be spent to secure the world’s energy supplies for the next two decades … and all sources are on the table. Oil, natural gas, sun, wind. Money is made. Follow the money trail. Sign up for Energy and Capital now – it’s completely free!

After receiving your report, you will receive the Energy and Capital e-letter delivered to your inbox every day.